This Glider Will Study Weather At The Edge Of Space

Its first test flight is on Wednesday 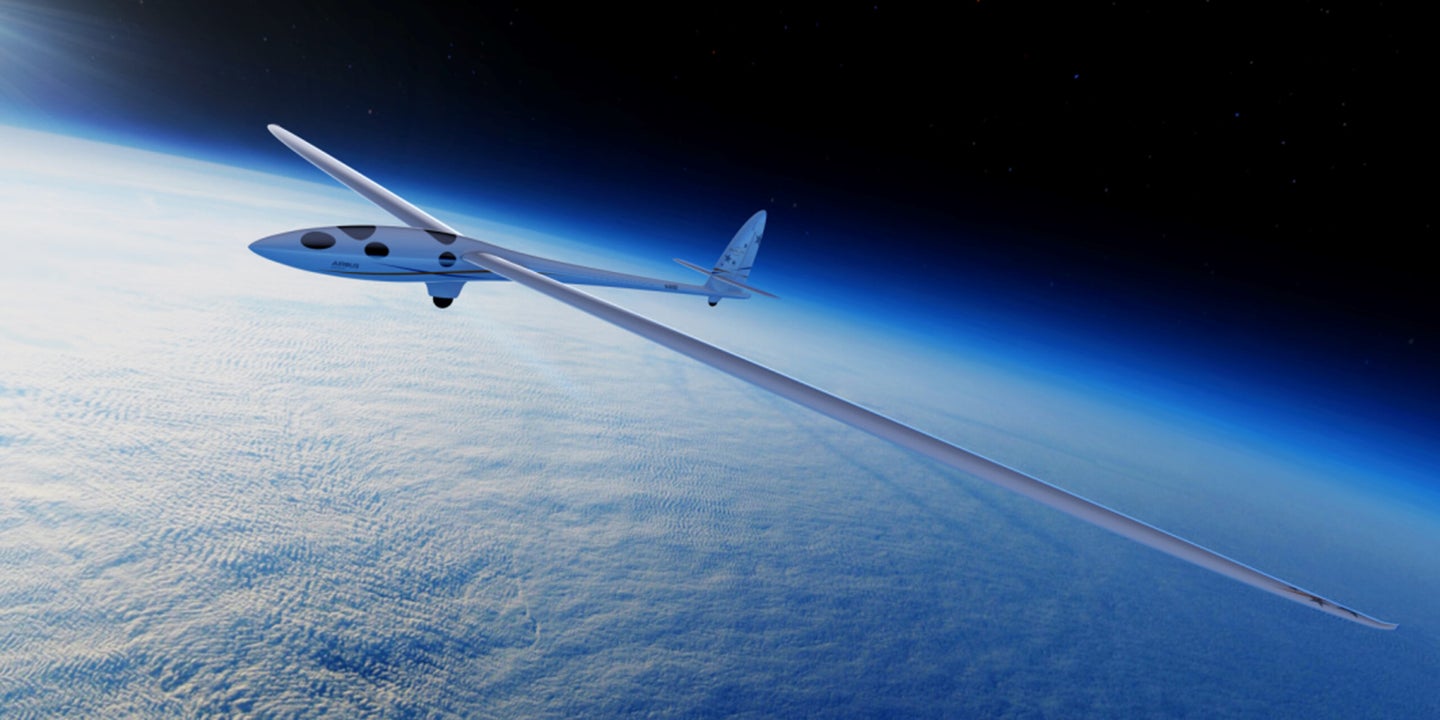 An engineless glider could soon soar above the lofty heights reached by the legendary U-2 and the SR-71 spyplanes. But first it needs to do a few test flights. On Wednesday, for the first time, the aviation nonprofit Perlan Project will fly their glider, the Perlan 2. The test flight comes in preparation for an eventual flight at 90,000 feet above the Earth, where the air is thin and its influence on the weather below is little-studied.

In order to fly, an airplane usually needs, well, air to fly through. The glider, built by volunteers and supported by aviation companies including Airbus, will instead fly through rarefied air. Only a few aircraft have ever flown so high, and most of the ones that did were rocket-powered. In balloons, humans like Felix Baumgartner have ridden that far and higher before plummeting to Earth. The current world record for glider altitude is just 50,721 feet.

The Perlan 2 has an 84-foot wingspan, 2 crew members, and weighs just 1,800 pounds when crewed and loaded up for the mission. Its first flight will be modest: pulled behind another plane, it will reach 5,000 feet above ground and then be released, testing turning maneuvers before circling down to a landing at Redmond Municipal Airport in Redmond, Oregon.

This is a good first flight, but the real excitement comes when the glider attempts to fly at 90,000 feet in July 2016. For that flight, the crew will breathe oxygen through a rebreather system, and use scientific equipment to measure the weather at the edge of space, where the air is just 2 percent as dense as it is at sea level.

So how will an engineless plane reach such great heights? As reported by Climate Central:

We’ll have to wait until next summer to see if that works.