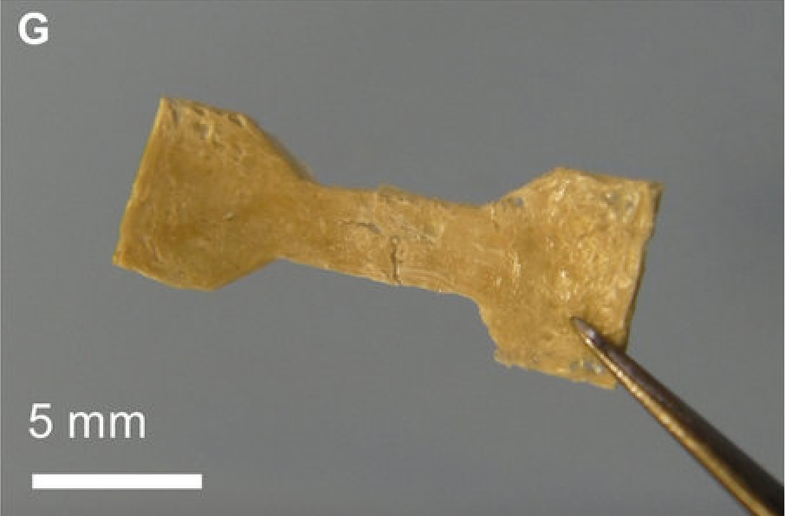 A team of researchers led by engineers from Penn State University has created the first material that heals itself in the presence of water, according to a study published yesterday in Scientific Reports. The material, inspired by squid teeth, could be used to repair devices in water-filled environments that are difficult to access, such as the human body, or the bottom of the sea.

The researchers had been studying squids’ ring teeth, which are uniquely strong and can change phase from liquid to solid in the presence of water. After testing ring teeth samples from several species of squid found all over the world, the researchers uncovered the genetic code for the proteins that allow the teeth to heal themselves when broken. They then engineered bacteria to produce the proteins so they could conduct more tests. 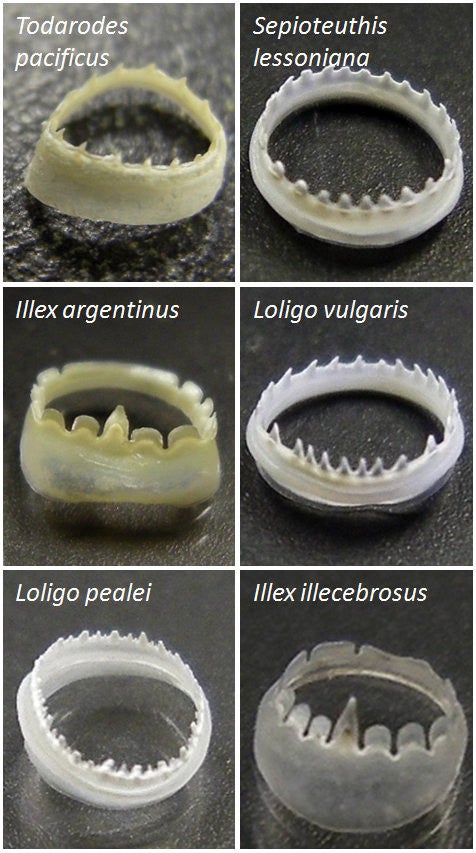 The ring teeth of various species of squid

The researchers then made the proteins into a rubbery plastic by mixing them with a solvent and letting the solvent evaporate. The resulting material combines a soft, amorphous part of the protein that gives the plastic its self-healing properties and a more structured sheet of amino acids that give it a solid structure.

To test the material’s strength, the researchers cut it, then put the two pieces back together with a drop of water. They found that the material healed best at 113 degrees Fahrenheit, a little warmer than the temperature of the human body, and with slight pressure from a metal tool. The material was just as strong, and able to hold the same amount of weight, before and after it was cut.

Material that heals itself in the presence of water could extend the usability of biomedical implants, or hard-to-access fiber optic cables on the ocean floor that need repairs. Of course, this material is nowhere near ready for that application, and the researchers didn’t test whether the constant presence of water degrades the plastic’s ability to heal itself. The researchers next plan to study how their technology could help heal wounds.

Correction (9/3/2015, 10:35 a.m. ET): The original story stated that the study was led by researchers at the University of Pennsylvania. It should be Penn State University and has been corrected. Our bad!