The Energy Catalyzer (E-Cat) has never been proven to work. Then again, it hasn't been conclusively proven not to... 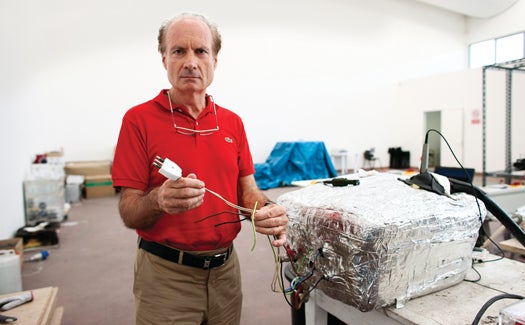 Well, this is an interesting acquisition: A U.S. company called Industrial Heat has bought the rights to the notorious (and dubious) cold fusion technology called the Energy Catalyzer, or E-Cat. The device was created by Italian inventor Andrea Rossi, a convicted scam artist who has claimed for years that it can produce energy in the form of heat, far more than it consumes. If it really functions, it could cheaply power the world without producing pollutants. In May 2013, Rossi announced that an independent group had verified that his machine worked. As Popular Science pointed out at the time, however, the results of the tests were not peer-reviewed; the paper also “left out crucial details, for example referring to ‘unknown additives’ instead of specifying what chemicals actually go into the reaction.” The same paper was linked to in the announcement from the company today (Jan. 24).

There are many reasons to be skeptical of the technology, considering that it has never been conclusively proven to work, and claims to work via an unfamiliar chemical reaction. Rossi has also previously passed off spurious inventions, and has repeatedly backed-out of third party testing of the E-Cat, for example with NASA.

Regardless, Industrial Heat, based in Raleigh, N.C., hopes to “make the technology widely available,” it said in the announcement. “The world needs a new, clean and efficient energy source,” said company spokesman JT Vaughn, who didn’t immediately reply to a call seeking comment. “Such a technology would raise the standard of living in developing countries and reduce the environmental impact of producing energy.”

For more information, here’s the Popular Science feature on the E-Cat, from October 2012.