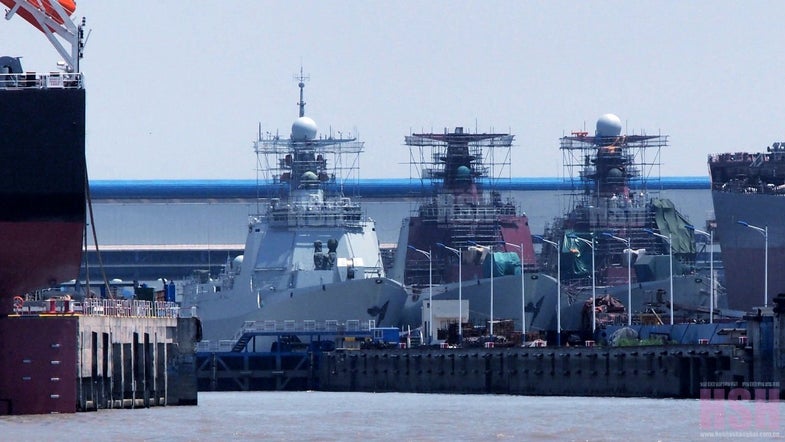 Three Type 052D Luyang III guided missile destroyer (DDG), seen here in various stages of construction, are lined together at the Jiangnan Changxingdao Shipyard. The first Type 052D DDG, the Kunming, has already entered into PLAN service in March 2014. The second 052D, on the left, may enter service in the second half of 2014, while the two less completed destroyers to its right, will be commissioned in 2015. In service, the 052D destroyers’ likely missions could range from anti-piracy patrols to aircraft carrier escort to air defense for Chinese civilian activities like oil drilling rigs. 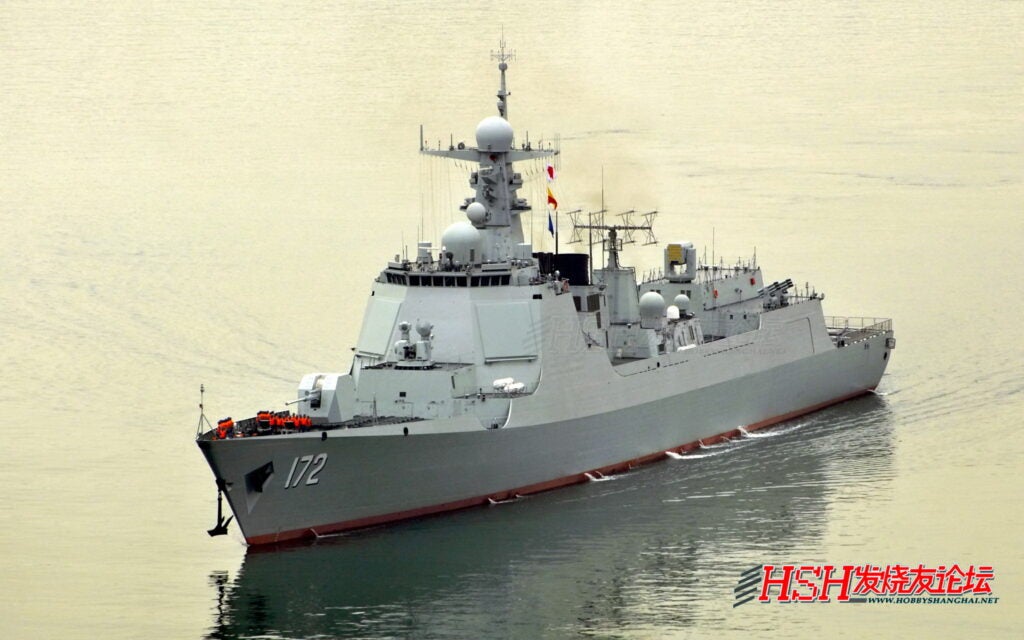 The first 052D destroyer, Kunming, sails in the waters of Qingdao, China. The 052D is distinguished by the powerful Type 346A radars located under the bridge, and 64 vertical launch system cells located forward of the bridge and in the middle of the hull.

In the past decade, the People’s Liberation Army Navy (PLAN) has built up a formidable area air defense capability, with an eye on deterring attack by enemy carrier groups and anti-ship missiles. While the ship’s powerful Type 346A radars provides for an air defense role, the 052D’s modular vertical launch systems also gives it powerful land attack and anti-submarine capabilities. In addition, the Type 0346A radar and other sensors give the 052D vast intelligence gathering capabilities, which is vital for anti-access/area denial operations.

It is expected that at least 12 052D destroyers will be built before production shifts to the projected Type 055D multi-role cruiser. The rapid production of the 052D is indicative of China’s commitment to building a modern “blue water” navy. What is even more illustrative about China’s determination is that the mass production of the 052D overlapped with the production run of the 6 less advanced 052C destroyers. The fact that the PLAN has chosen to rapidly produce both the 052C and 052D DDGs instead of waiting and concentrating on only one class of advanced warships demonstrates Chinese confidence in both its warship technology and the urgency to quickly develop multirole surface warships in the context of an Asian arms race. 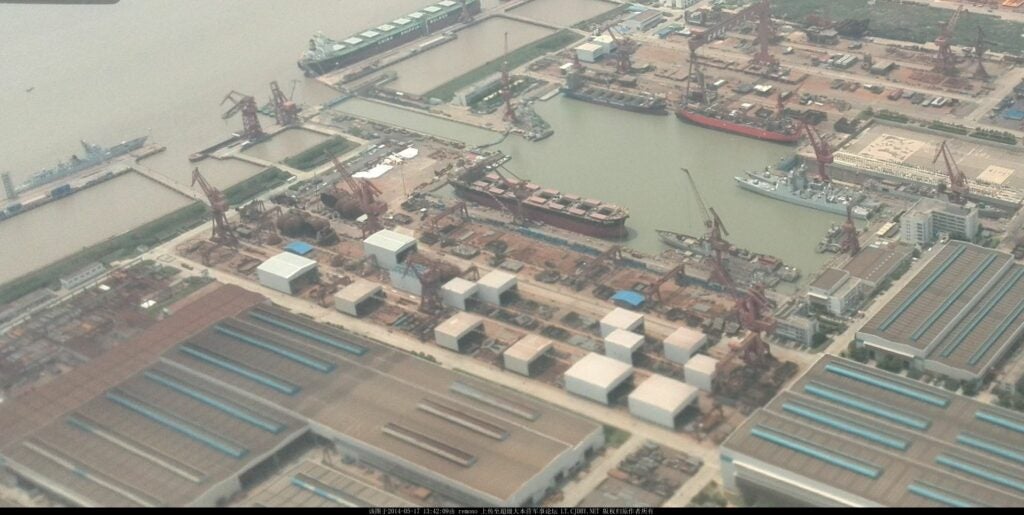 Seen here are three 052D destroyers in the shipyard, as viewed from a commercial airliner.