Biotech Is Opening Up To Coders 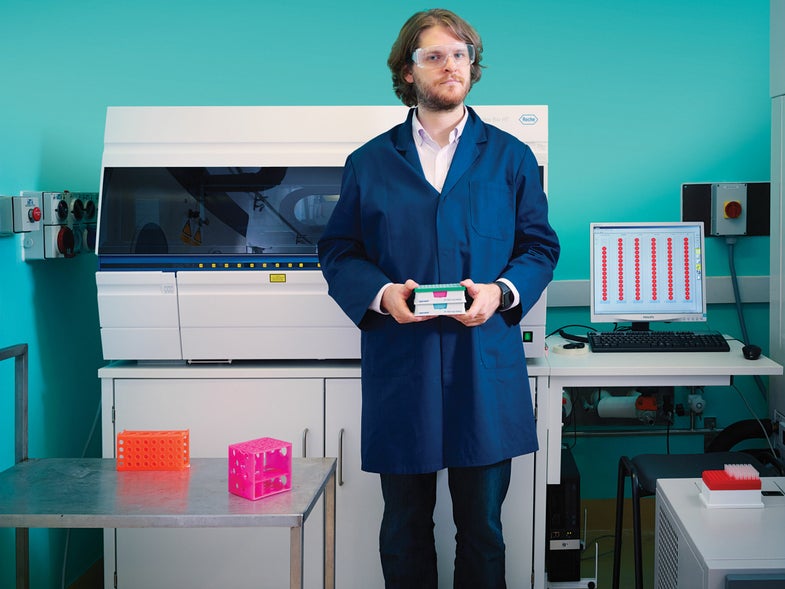 In 1999, 19-year-old Sean Ward created one of the first music-recommendation algorithms, dropped out of the University of Virginia, and started his own company. By age 25, he had tired of the conflict between record companies and Internet users, so he turned to something completely different: bioengineering.

“In many respects, genetic engineering is the ultimate remix technology,” Ward says. Bioengineers copy DNA from one organism and adapt it for another to create life-forms that change color, glow, or produce new medicine or materials. In today’s high-speed, high-volume biolabs, automated tools like pipetting robots do most of the work—and each requires different kinds of code. Ward saw that, like music, biotech research had become digital. And also as with music, he could use his programming skills to give more people access to it.

This past November, Ward’s company, Synthace, released Antha, the first open-source programming language that works across different biotech machines. Anyone who can code can write commands in Antha to direct all of a lab’s equipment. This allows researchers—or programmers with a yen for genetic engineering—to more easily perform complex experiments, and share how they did it.

Ward was one of the first to see the potential of DIY genetic engineering, but he’s not the last. Other companies are now producing tools that make it possible for amateurs to create new organisms—or, in Ward’s words, to “program the assembly of matter.”

This article originally appeared in the October 2015 issue of Popular Science, under the title “Biotech Opens Up,”