Unusual Uses For An Electric Toothbrush

A good idea... and a really, really bad one 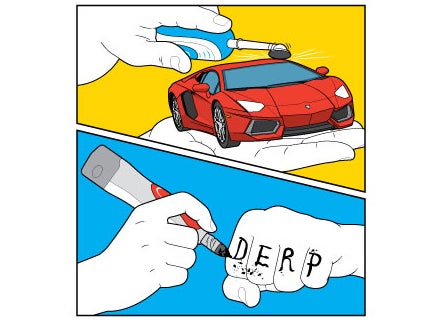 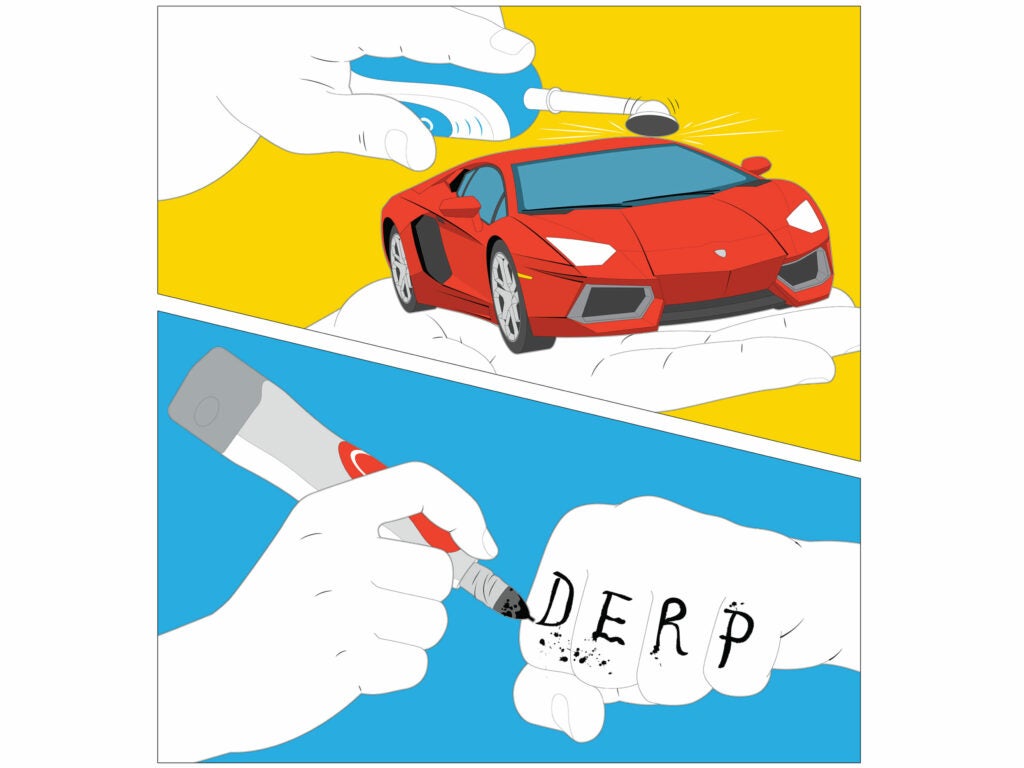 8,800: Number of times per minute the bristles of an electric toothbrush can oscillate

Last June, professional DIYer Kip Kedersha turned an electric toothbrush into a $5 mini power sander. Kedersha, who posts how-to videos on his YouTube channel, Kipkay, first cut the bristles off an Oral-B electric toothbrush. Then he hot-glued a small plastic circle to the head and attached self-adhesive sandpaper. The sander can make small cuts or grind fine details on plastic models or miniatures. “It fits the bill for a hobbyist,” Kedersha says, “and it’s a deal.”

Bad Idea: Give A Tattoo

Daring inkers have discovered that an electric toothbrush can also drive the needle of a DIY tattoo machine. But it’s hard to control the needle’s depth, which increases the risk of serious infections and scars. “There’s nothing good about getting a toothbrush-machine tattoo, nothing whatsoever,” says professional tattoo artist Gerald Feliciano. “You can buy almost any rinky-dink machine that will work better than that.”

Warning: The bad idea…is a bad idea. Don’t use a toothbrush as a tattoo gun.

This article originally appeared in the October 2015 issue of Popular Science, under the title, “Use an Electric Toothbrush to…”