Behold What Brooklyn’s New Tallest Skyscraper Will Look Like

I call it the 'Glitchtower' 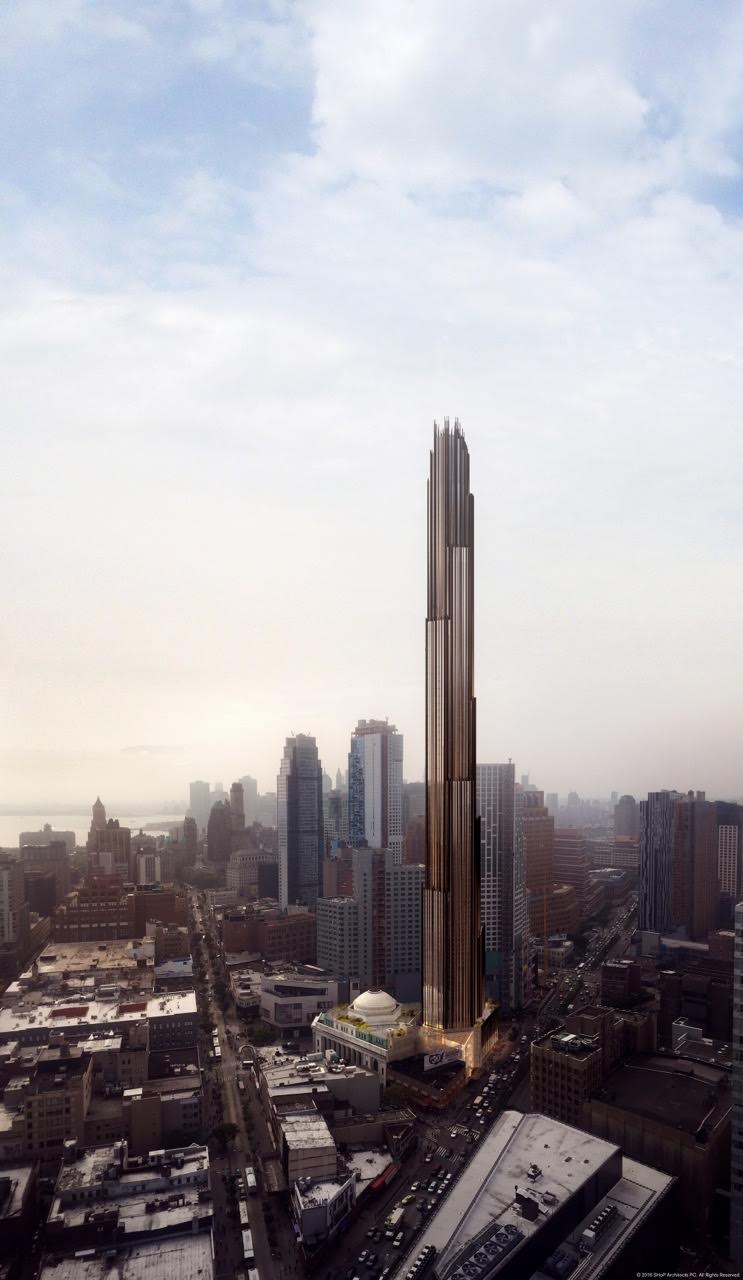 New York City is lousy with skyscrapers, but there aren’t actually that many really supertall buildings, (defined as over 984 feet) in the increasingly gentrifying borough of Brooklyn (where I, one of the gentrifying hordes, call home). Now, one such supertall building is officially on its way: 9 DeKalb Avenue, a proposed 73-story condo tower rising 1,066 feet, whose design was first unveiled earlier this year, has officially been approved for construction in Downtown Brooklyn by the powerful New York City Landmarks Commission, as The New York Times reports.

Compare that to the current tallest building in Brooklyn — the Hub, which is still under construction and also located nearby — which measures a puny 607 feet tall. Also notable: 9 DeKalb is going to be constructed right beside a bank that opened in 1908.

Is this feat of engineering and luxury real estate a literal sign of the times? Yes, especially since the design of the building, created by SHoP architects, is so stark and modern and different from the surrounding architecture, it looks almost like an electronic glitch. That said, “the Glitchtower” does have a nice, futuristic, appropriately ironic ring to it.

Updated: this story was updated after publication to include a newer rendering of the 9 DeKalb Avenue building. Also to clarify that the tower will rise just beside the old bank, not directly over it.