Welcome to Brooklyn, where you can live in a giant condo with a hole in it. 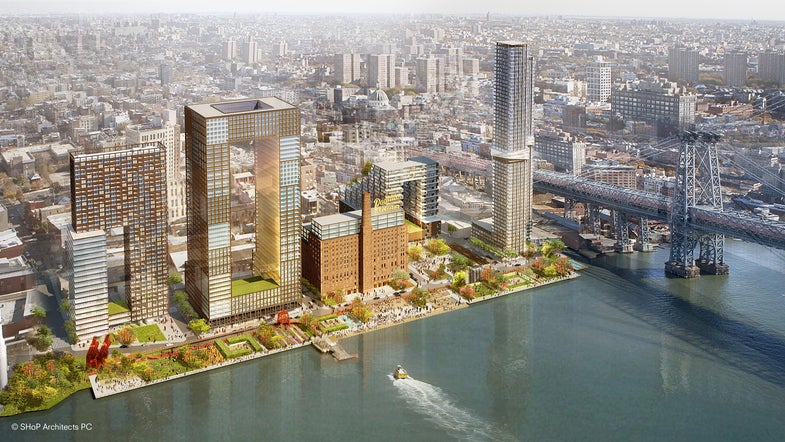 On the Brooklyn side of the East River next to the Williamsburg Bridge there lies a giant, abandoned building, emblazoned with giant yellow letters proclaiming it to be the Domino Sugar factory. It takes up a lot of space, and worse, that space is on the waterfront in Williamsburg, one of the most expensive and in-demand neighborhoods in Brooklyn. And so the Domino Sugar factory is being mostly torn down to make way for an array of giant and architecturally curious buildings and parks.

The Domino Sugar factory isn’t being entirely torn down; this is still Brooklyn, after all, so a big chunk of the factory will remain standing, because it looks cool, and other, smaller pieces will be strewn along a path in a new park, which will be called an “artifact walk.” It’s like the High Line in Manhattan, except with more garbage. And the park will be designed by James Corner, who also did the High Line. 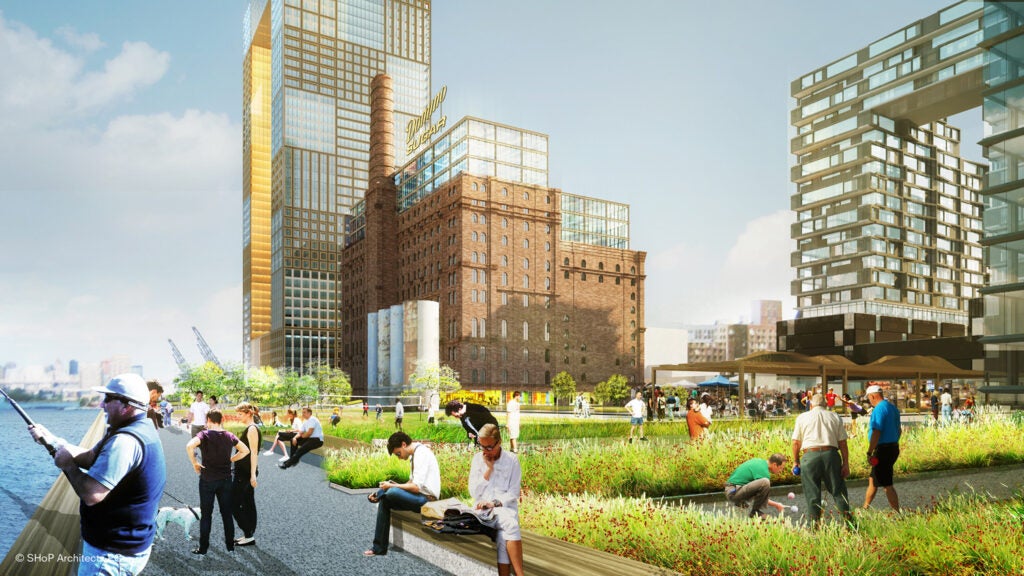 But the buildings, oh, the buildings! They are absurd! Designed by trendy SHoP Architects, after a previous mockup was met with widespread derision, these massive structures of glass and metal will incorporate 2,200 apartments, rising 600 feet into the sky. There are five building sites in all, and two of them take the odd strategy of chopping out their middles. One looks like a square donut, one is a giant L shape plopped onto a smaller cube, and one is a modified version of one part of the old Domino Sugar factory. These are weird! And interesting! SHoP “principal” says “This has the opportunity to be what new Brooklyn says to the world.” It says, we have good donuts here. (They can be found in Williamsburg at the Brooklyn Flea Market in the summertime.)

The project incorporates about 3.3 million square feet–that includes a waterfront park–and is estimated to take about 10 years to build, at a cost of $1.5 billion. Ground could be broken as early as next year.

Read more over at Curbed.