U.S. Army Starts Planning For An Armored Vehicle That Skydives

Seventeen years since retiring its last tank capable of air drop, the U.S. Army is in the early stages of developing a new one. 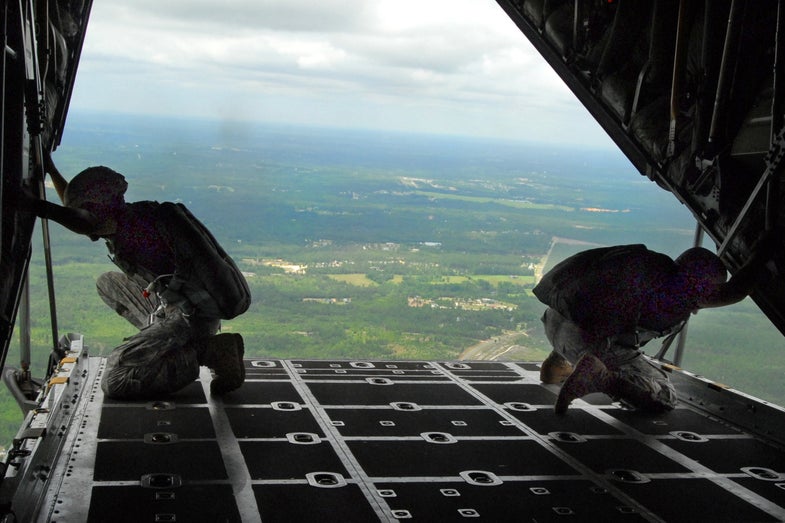 Armored vehicles are incredibly useful in battle. But they are difficult to transport to remote locations (where many confrontations take place) because they skydive very poorly. You would too if you were 50 tons of clanking machinery.

The armored vehicle geeks at the U.S. Army Maneuver Center of Excellence are working with the Army 18th Airborne Corps and Rand to create a list of features they’d like to see in what they’re awkwardly calling a “new mobile protected firepower vehicle”–essentially, a light(ish) tank to be used by the airborne infantry, the first troops to parachute into a country during an invasion. The project is in the very early stages, and when I contacted the Army, officials there said that the project’s first significant update, beyond acknowledging the search for capabilities, will come with a Rand report to be published in September.

Airborne infantry soldiers typically parachute into hostile territory with just the cargo on their backs. Later they can access additional supplies and equipment, but only after they’ve established a safe area for cargo planes. It’s easy to see why airborne soldiers would want a protected vehicle with a nice heavy gun when they land in hostile places.

But the particulars of the design still need to be hammered out. Strategically, a division of airborne soldiers can be much more effective if it’s able to move faster than the enemies it’s facing after landing, Robert Kmiecik of the Maneuver Center tells Popular Science. So should the vehicle sacrifice heavy-duty armor in order to go faster on the ground, or should it trade some speed and protection for a more aerodynamic form? Those are just a couple of several trade-offs designers will have to consider as the plan takes shape.

The first U.S. armored vehicle to skydive was the M551 Sheridan, a light tank the Army dropped by air during Operation Just Cause, the U.S. invasion of Panama. The Sheridan was light enough to be deployed alongside parachuting soldiers. One problem: It was actually too light; heavy machine-gun bullets blasted right through the aluminum armor. The Sheridan was taken out of service in 1996, and the Army hasn’t had a replacement since.

It’s likely we haven’t seen new interest in a replacement until now because most of the military fighting over the past decade was done on patrols, where the weaker armor of a lighter vehicle becomes a dangerous liability against enemies planting roadside bombs and staging ambushes. Airborne soldiers and vehicles are best used for invasions and raids, where the surprise of leaping out from the sky can catch an enemy unaware. With the U.S. out of Iraq and withdrawing from Afghanistan in 2014, it makes sense that attention has returned to quickly and effectively getting into a country.