A humble spice found in nearly every kitchen could yield a safer, simpler way to produce gold nanoparticles, according to... 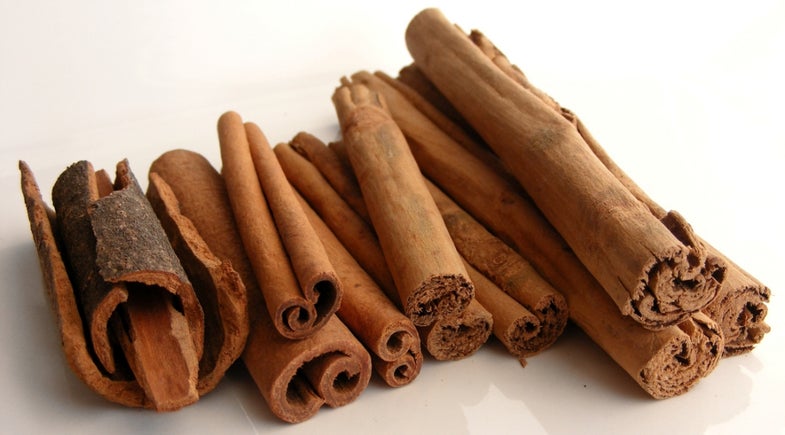 A humble spice found in nearly every kitchen could yield a safer, simpler way to produce gold nanoparticles, according to a new study. Researchers say the cinnamon-infused particles can even be used to fight cancer.

Gold nanoparticles are heralded for their potential to detect tumors, search for oil, light the streets and cure diseases, but their production requires dangerous toxic chemicals. There are several ways to produce gold particles, but most involve dissolving chloroauric acid, also called gold salts, in liquid and adding chemicals to precipitate gold atoms. Common mixtures include sodium citrates, sodium borohydride (also used to bleach wood pulp) and ammonium compounds, all of which can be toxic to humans and the environment.

Hoping to promote green nanotechnology, researchers at the University of Missouri mixed gold salts with cinnamon instead and stirred the mixture in water. The combination produced gold nanoparticles and phytochemicals, an active chemical in cinnamon. When combined with the nanoparticles, the phytochemicals can enter cancer cells and destroy them or help image them for more accurate medical procedures.

“Our gold nanoparticles are not only ecologically and biologically benign, they also are biologically active against cancer cells,” said Kattesh Katti, a professor of radiology and physics at the University of Missouri School of Medicine.

The process uses no electricity and no chemicals, other than the initial gold salts. The researchers reported their work in the journal Pharmaceutical Research.

Katti said cinnamon and other seeds, leaves and herbs could be used to convert metals into nanoparticles without using harsh chemicals.

“Our approach to ‘green’ nanotechnology creates a renaissance symbolizing the indispensable role of Mother Nature in all future nanotechnological developments,” he said.