Then, if something goes wrong, a quick whiff will let them know 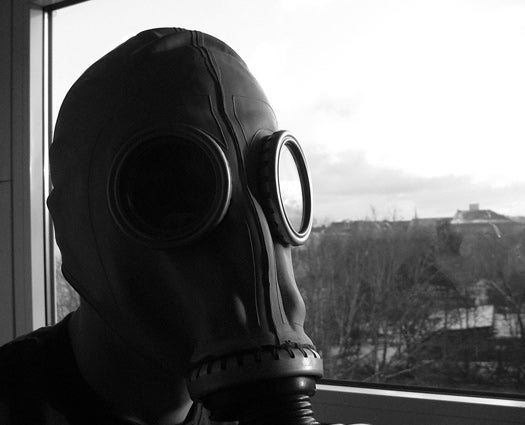 Don’t mind those folks sniffing around the gas station – they’re researchers. DARPA has a new scheme to identify the distinctive chemical scent of your city, to help protect you from chemical terrorist attacks.

The idea is to gather small amounts of chemicals from “residences, gasoline stations, restaurants and dry cleaning stores,” (maybe not the defining landmarks of a city, but ones with particularly distinctive chemical emissions) and come up with a model to categorize that city’s specific chemical smell.

Readings gathered over 30 minutes or less at each location will be adjusted for factors like humidity and time of day. Researchers will also map changes in the chemical scent at different times of the year. All of this data will then be rolled up, chewed and spat out into a map that shows “trace gas concentrations of ten parts per trillion” across an entire city.

This chemical cartography will allow DARPA to establish a baseline for what chemicals are normally present in your city. That way, if they detect anomalous chemical traces, they’ll know something’s afoot. DARPA is accepting proposals on how to build models for the maps, till January 6.