The Most Intriguing Stars In The Universe [Infographic]

Here are the stars that get the closest scrutiny from scientists 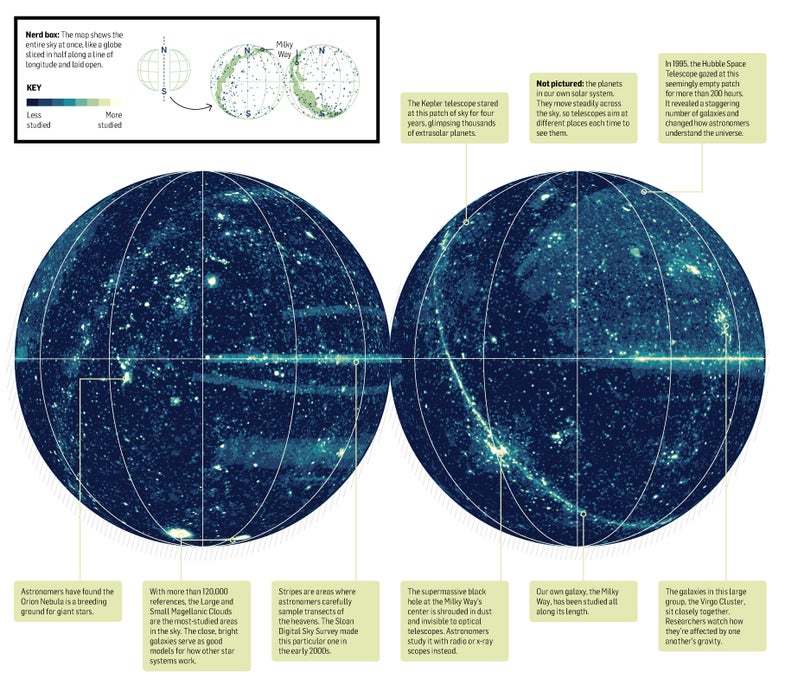 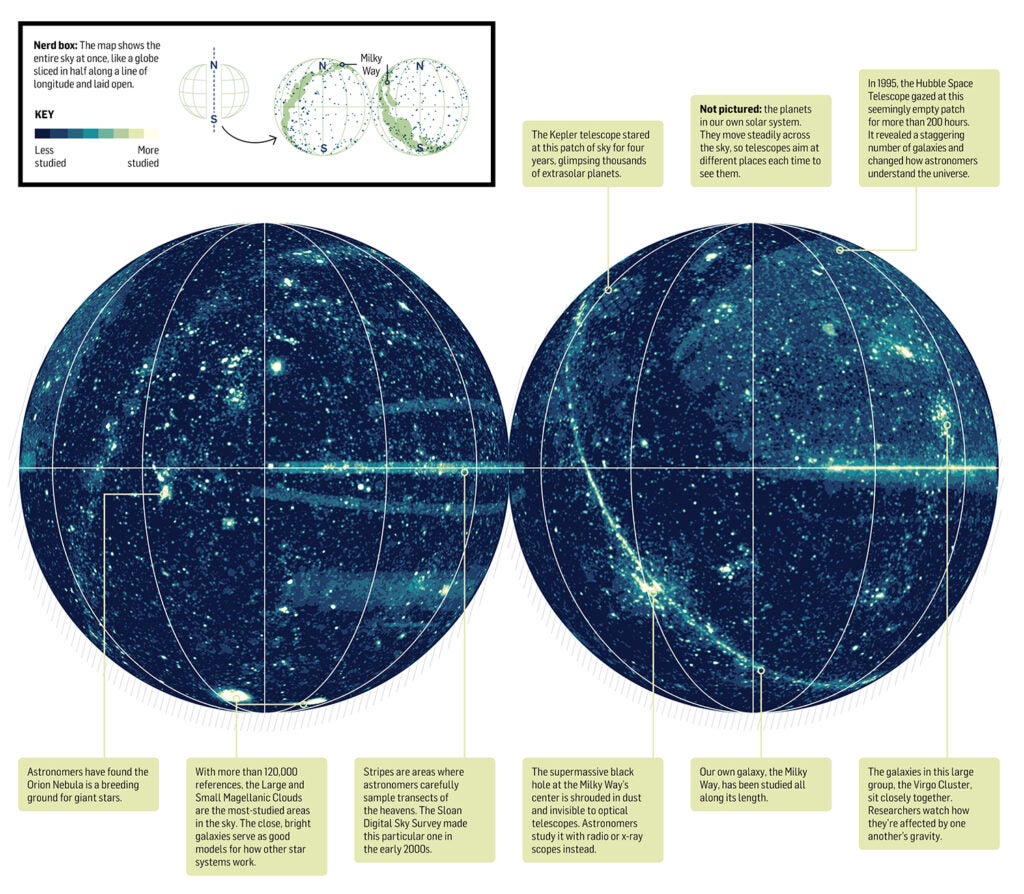 In late 2013, a group of astronomers in the U.S. and France made a new kind of sky map, which charts the how intensely scientists have studied features in the heavens. To build the map, they analyzed a million references to celestial objects in a NASA database of journal articles. Astronomers can use the online version—Astrophysics Data System All-Sky Survey—find data on their targets. The team is also launching a citizen science project later this year to incorporate archival images in the interactive tool. In the meantime, the map already reveals the most intriguing parts of the universe.

_This article originally appeared in the June 2014 issue of _Popular Science.