Here Is What 84 Million Stars Look Like. You’re Welcome.

This is the largest, deepest, and most accurate color-magnitude diagram ever produced, containing more than 10 times the stars in any previous study. 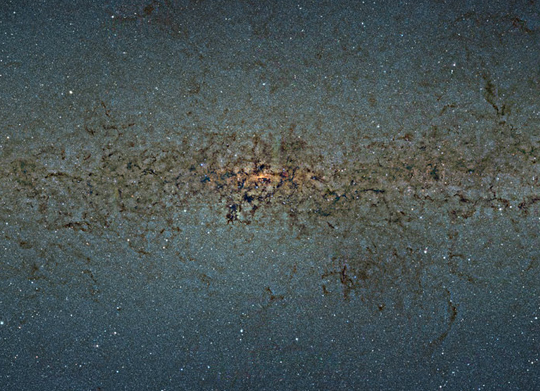 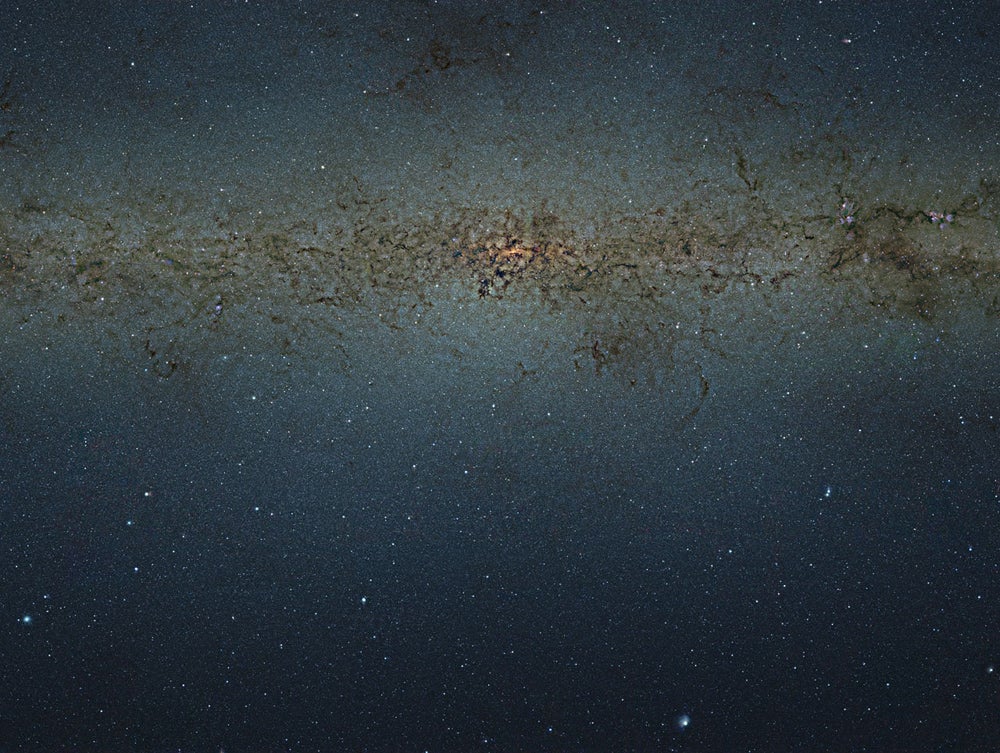 This is a gigapixel mosaic of the central parts of the Milky Way. .

In this picture, you are looking at a central concentration of ancient stars in the bulging part of our galaxy. The bulge is full of dust, gas and most of the stars in the Milky Way, which makes it hard to study–astronomers have to suss out stars from crowded, dusty zones and figure out how far they are from us. This new image catalogs 84 million of them, which is 10 times the number of stars cataloged in any previous study.

The image covers 315 square degrees of sky, and 500 square degrees of the galactic bulge. The stars are shown here in three filters, which allows observations based on the stars’ age, chemical makeup and movement around the Milky Way. The colors represent the apparent brightnesses of the stars. It’s a 9-gigapixel image–if printed with the resolution of a typical book, it would be a whopping 9 meters long and 7 meters tall, according to the European Southern Observatory.

To build the image, Chilean astronomers Roberto Saito and Dante Minniti and their colleagues used the VISTA telescope and combined several star catalogs together. The image serves as a galactic census, noting each star’s position in a single moment during its life. Where a star falls depends on how bright and hot it is. The journal Astronomy & Astrophysics published the data that made the image possible.