Crowdfunding Is Good For Science. Selling Space Is Not.

Next step: the moon, brought to you by your local fast food chain. 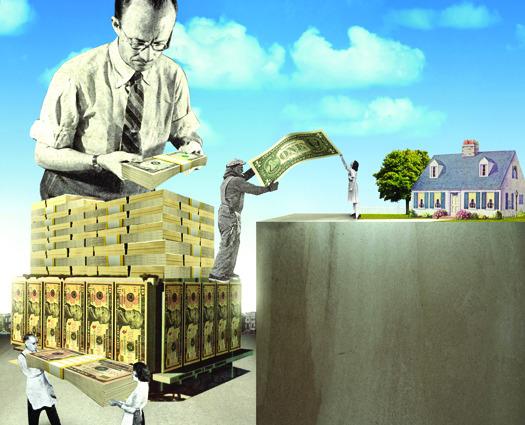 In October 2012, Swiss astronomers announced they’d found an Earth-size planet in orbit around the smaller star of the binary Alpha Centauri system. Following tradition, the scientists who discovered the planet gave it an alphabetical designation: Alpha Centauri Bb, after the name of the star. In search of a more memorable moniker, the start-up Uwingu mounted a public naming contest. It charged $4.99 to suggest names and 99 cents to vote. A portion of the proceeds would go to research and education.

The campaign was a success—thousands of people participated—but it also drew fire from the International Astronomical Union (IAU), which has been the arbiter of celestial names since 1919. The IAU insisted, “Such schemes have no bearing on the official naming process.” The organization came out against Uwingu again this spring, when the company began a campaign to sell naming certificates for craters on Mars, in an attempt to create the planet’s first detailed atlas.

Crowdfunding can be a powerful tool. It unlocks value that scientists could not otherwise access—particularly important in an era of declining budgets; portions of NASA’s science budget shrunk by 10 percent this year alone. Just as critical, crowdfunding drums up public excitement and enthusiasm for research.

There are no rules preventing, say, a pizza chain from buying up naming rights in space.

In recent years, a number of scientists have turned to big crowdfunding platforms like Indiegogo and smaller, science-specific ones. On Experiment.com, for example, 150 research projects have received funding so far. In that regard, Uwingu is on to something. It has already granted more than $50,000 to the International Dark Sky Association, Galileo Teacher Training Program, and Explore Mars, among others. But as helpful as Uwingu can be to science, it’s also a threat.

Uwingu is a credible enterprise with the admirable mission of connecting the public to science. But as a private company, its chief goal is to raise money. Right now it has no rules preventing, say, a pizza chain or a billionaire from buying up naming rights in space. And who’s to say its success won’t attract less-than-credible copycats? The IAU has battled star-naming schemes for decades, and for good reason. Standardized nomenclatures limit confusion and are why the IAU organized in the first place. After all, we may know it as the Big Apple or the City that Never Sleeps, but on official maps, it’s always New York.

In the past six years, scientists have discovered more than 1,790 exoplanets, with thousands more still being confirmed. In our own solar system, results from the first missions to Pluto, the asteroid Ceres, and a comet will arrive starting this fall, making naming standards that much more important.

That said, Uwingu’s success so far shows there’s a place for the public in this process. The IAU is already trying to engage the crowd: Last year it worked with the non-profit SETI Institute to solicit aliases for two new moons of Pluto. The next step would be to work with companies like Uwingu to collect and review public ideas. Uwingu, in turn, could use contests and crowdfunding as a mechanism to support new research. The fact is, the IAU and Uwingu need one another. And space science needs them both.

This article originally appeared in the July 2014 issue of Popular Science.*