Google To Make Its Own Quantum Processors

The company already has access to a quantum computing device for artificial intelligence experiments, but now it's seeking to develop its own hardware. 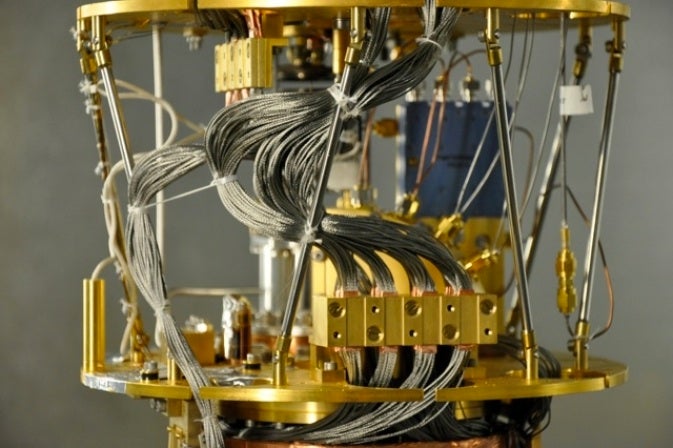 Google apparently wants to try its hand at making its own quantum computing hardware. The company announced in its research blog that it’s launching a project to make quantum processors that use superconductors.

Google is already involved in quantum computer research through the Quantum Artificial Intelligence Lab. Lab members now run their experiments on a D-Wave Two device, the world’s only commercially available quantum computer. (It’s not even certain whether D-Wave Twos truly act as quantum computers, although a number of tests have found they do.) Google researchers will continue to work with researchers at the Quantum Artificial Intelligence Lab, which includes scientists from NASA and universities, the blog announcement says.

Computer scientists think quantum computers could be especially good at optimization problems, which include problems that would be of interest to Google’s current products. Image recognition—which Google Image Search uses to recognize what’s in pictures from visual information, not just text tags—is an optimization problem.

However, quantum computers haven’t yet proven faster than classical computers at solving the same puzzles. Theoretically, they should be many times faster. But they are such early-stage products, they have little memory and are vulnerable to outside disturbances that erase their unique properties. So there’s plenty of space for improving the hardware.