Google and NASA Have A New Quantum Computer 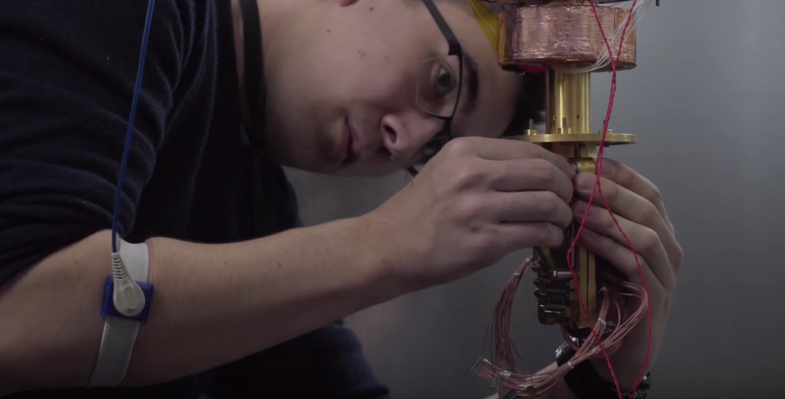 Google, NASA, and the Universities Space Research Association announced today that they’re getting the D-Wave 2X, the newest and most powerful quantum computer on the market. The 2X doubles the amount of qubits (a unit of quantum information analogous to a classical bit) from D-Wave’s previous model, to 1,000, and operates at 15 millikelvin (very, very, very cold). In the seven-year agreement, D-Wave will supply Google with any updated models they produce of the machine as well.

The new machine will continue the work presently being done in Google’s lab, optimization problems and machine learning, with time on the D-Wave given to all partners.

Quantum computing is a tricky business. Beyond the general premise, which uses the laws of quantum physics and embraces randomness, we’re not entirely sure how much faster quantum computing is right now, compared to classical computing. This mainly comes from a study coauthored by Mattias Troyer, a prominent physicist, who claimed that quantum computers did not outperform traditional computers on key benchmarks. Also part of the study was physicist John Martinis, who was hired by Google two months later for the Quantum AI Lab. D-Wave disputed this claim, but there hasn’t been much more meaningful testing of the technology since.

But Google, and others invested in the project, think that quantum computing is a way toward more creative problem solving. In their blog post originally announcing the program, they liken creative problems to trying to find the lowest point in a terrain with hills and valleys. Rather than computing the height point by point, they say quantum computing “tunnels” through the ridges to see if the other side is lower.

The groups have explored usage in speech recognition, robotic missions into space, air-traffic management, and web search, according to D-Wave.

“Through research at NASA Ames, we hope to demonstrate that quantum computing and quantum algorithms may someday dramatically improve our ability to solve difficult optimization problems for missions in aeronautics, Earth and space sciences, and space exploration,” said Eugene Tu, Center Director at NASA’s Ames Research Center, in a statement.