The futurist and inventor famous for his predictions on the technological singularity will be Google's new chief of turning the theoretical future into consumer products. 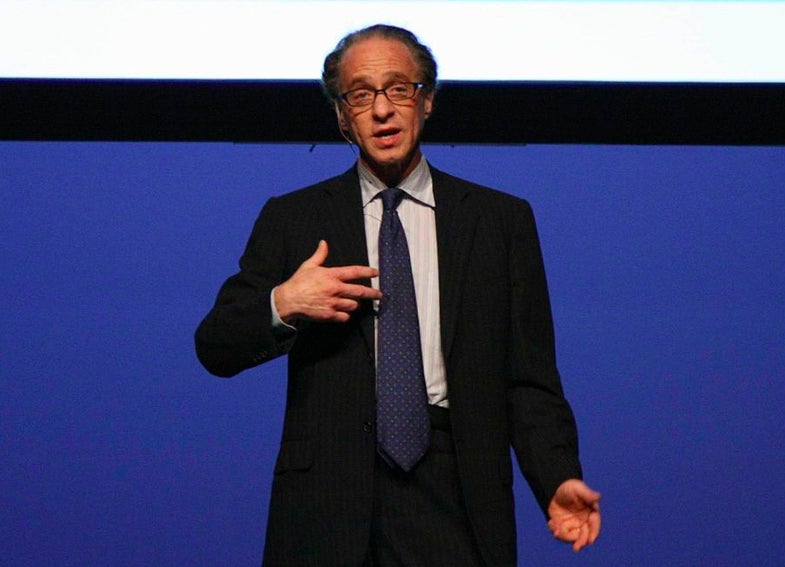 The futurist, sci-fi writer and genius inventor is perhaps best known for popularizing and proselytizing the idea of the singularity, when greater-than-human intelligence will be achieved technologically. Kurzweil isn’t just a theorist, however, and he’s actually a pretty natural fit for Google. Some of the things he has been predicting for years (if there’s one thing Kurzweil has been reliably good at over the years, it’s technological predictions) are now realities in Google’s labs–things like self-driving cars, machine learning algorithms, and speech recognition programs that could answer verbal questions. Kurzweil himself has invented various technologies, including software that wrote original music (he was just 14 at the time) and, notably, a print-to-speech reading machine that put him on the map as one of modern technology’s great thinkers and developers.

At Google, Kurzweil will take the title of Director of Engineering, where he will be in charge of shaping the future by turning some of Google’s (and his own) most forward-leaning ideas into consumer products. That’s pretty exciting, given both Google’s and Kurzweil’s track records. According to Kurzweil’s blog, he’ll clock in at Google starting this morning.