There’s been a lot of ink spilled recently about introversion, extroversion, and the benefits and drawbacks of both. The way... 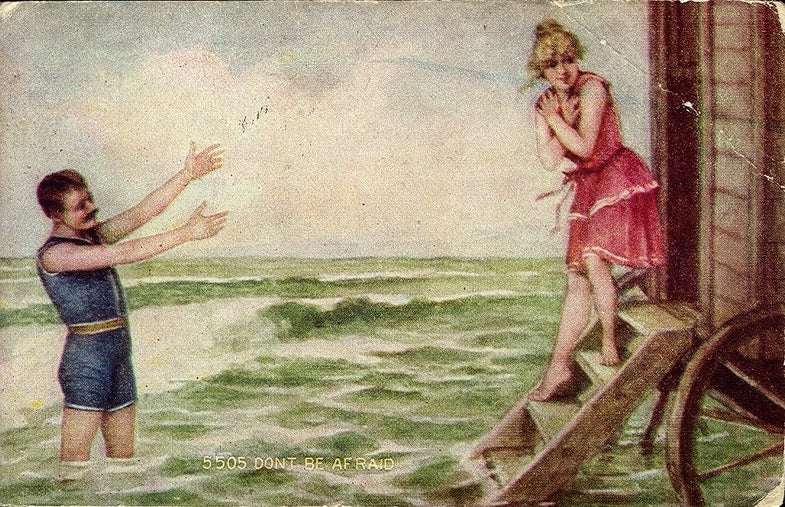 There’s been a lot of ink spilled recently about introversion, extroversion, and the benefits and drawbacks of both. The way people interact with one another affects every aspect of their lives, from the office to the bedroom. And one recent study, published late last year in the journal Sexual Medicine, tried to figure out how those personality traits affect women’s ability to have healthy sex lives. What they found was that shy women were more “distressed” by their sexual dysfunction and reported worse orgasms than their more outgoing counterparts. But, don’t worry quite yet; a shy personality doesn’t seal a woman’s fate to a lifetime of bad sex. By learning the right coping strategies, she can improve her sex life.

Sexual dysfunction encompasses a number of disorders in both men and women. For women, the dysfunction sometimes stems from a previous trauma in her sexual history, resulting in physical or psychological pain during sex. Other times it’s more banal, based in lubrication problems or a reluctance to vocalize sexual desires. The most common type of dysfunction is hypoactive sexual desire, in which a woman has trouble getting aroused due to physical or psychological factors. Gracie Landes, a New York City-based sex therapist, says she often sees partners who have a mismatched desire for sex, among other incompatibilities. “A woman could have been doing fine until she got with her current partner who is not a good match for her physically or who doesn’t know [what she wants],” she says. This disconnect can sometimes lead to less communication and, ultimately, resentment in one or both partners, which makes arousal even more difficult for the reluctant partner.

Study author Catrina Crisp, a urogynecologist based in Cincinnati, Ohio, says she wanted to research sexual dysfunction after seeing too many women suffering with “not enough research looking into its causes.” She and her colleagues hypothesized that personality type may play a role, so they set out to investigate the relationship between women’s personalities and complaints of sexual dysfunction. The researchers used a ten-item personality test that asked women to rate their own emotional stability, agreeableness and openness to new experiences. They gave the test to about fifty women who had sought treatment for sexual disfunction. About half the women were extroverted, and half were introverted. But the shyer women were consistently worse at coping with their sexual dysfunction. They mostly relied on “negative” coping strategies, which include blaming oneself or others for sexual issues, distracting oneself, substance use, and simply denying the problem exists. Meanwhile, extroverted women were less bothered by the dysfunction and had “positive” ways to cope, tending to be more willing to talk with their partners, trusted friends, or therapists.

Because shy women tend to get overwhelmed more easily, Landes explains, they are more likely to try to deal with their dysfunction on their own instead of asking for outside help, resulting in negative coping strategies. When a woman doesn’t communicate and tries to deal with issues herself, the issues and dysfunction can seem even more overwhelming, building upon and exacerbating one another. Without the tools to fix these issues, women find that problems get worse, not better. And when a woman doesn’t feel right psychologically, it can affect her physically, too, impacting her rate of orgasm and sexual satisfaction. “The psychological and physical components are very intimately related, especially for women,” Landes adds.

This doesn’t mean that introverted women with negative coping strategies have to resign themselves to a lifetime of bad sex. “Personality is inherent, and it’s well established by adulthood,” Crisp says. “But with coping strategies, we can alter those and teach women how to better handle the situations or problems they’re having.” By learning to face the issues head-on and discuss them openly, women can cope positively with their dysfunction and transform pain into pleasure.

Even when women start to open up and adopt positive coping strategies, their paths to sexual enlightenment can be riddled with misconceptions perpetuated by peers and the media. But to Crisp, talking about sexual issues at all is a huge step towards addressing issues of sexual dysfunction, on an individual or societal level. “In our parents’ generation, you couldn’t even talk about these things. Now there are people who want to discuss it,” she says. As researchers like Crisp continue discover roots of sexual issues, shy patients can make the right allocations to address their sexual dysfunction in ways that they need, expediting their path towards happy and healthy sex. “How well your sex life is going feeds into how you perceive your life,” Crisp says, and she wants women to know that have the power to change it. Women everywhere, both shy and not, would tend to agree.