Take a hike, earn an iPhone battery's worth of energy 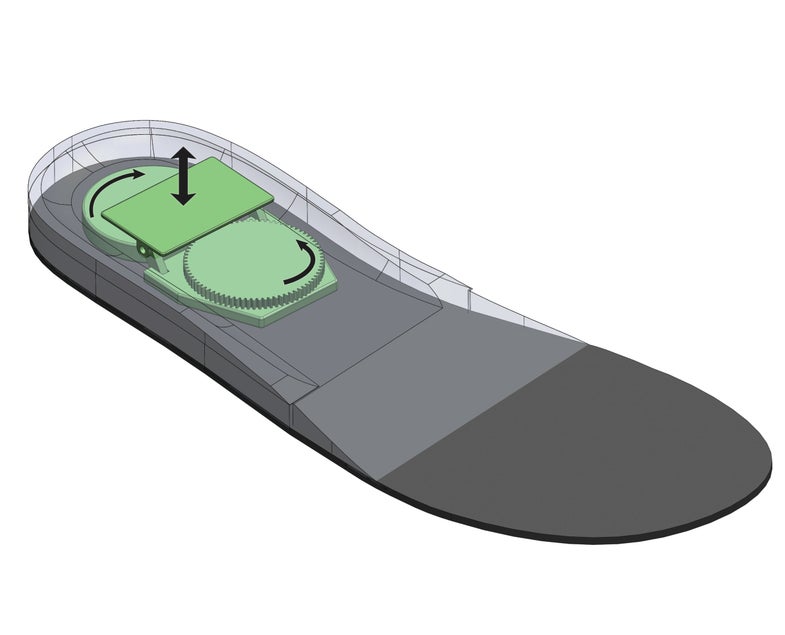 Each thud of a hiker’s heel releases enough energy to illuminate a light bulb. Rather than waste that power, Matt Stanton, an engineer and avid backpacker, created a shoe insole that stores it as electricity. The device promises to be an improvement over traditional, hefty power packs as well as solar chargers, which work slowly or not at all, depending on the weather.

Stanton worked closely with Hahna Alexander, a fellow Carnegie Mellon University engineering student, over three years to create the SolePower system. Instead of using piezoelectric and other inefficient, bulky methods of generating electricity, the pair shrunk down components similar to those found in hand-cranked flashlights. The result is a near standard–size removable insole that weighs less than five ounces, including a battery pack, and charges electronics via USB.

SolePower’s current version, to be released later this year, requires a lengthy 15-mile walk to charge a smartphone. But Stanton says the company is working toward a design that can charge an iPhone after less than five miles of hiking and withstand about 100 million footsteps of wear and tear.

2) The motion of the rotors induces an electrical current within coils of wire.

3) Electricity travels along a wire and into a lithium-ion polymer battery pack on a wearer’s shoelaces.