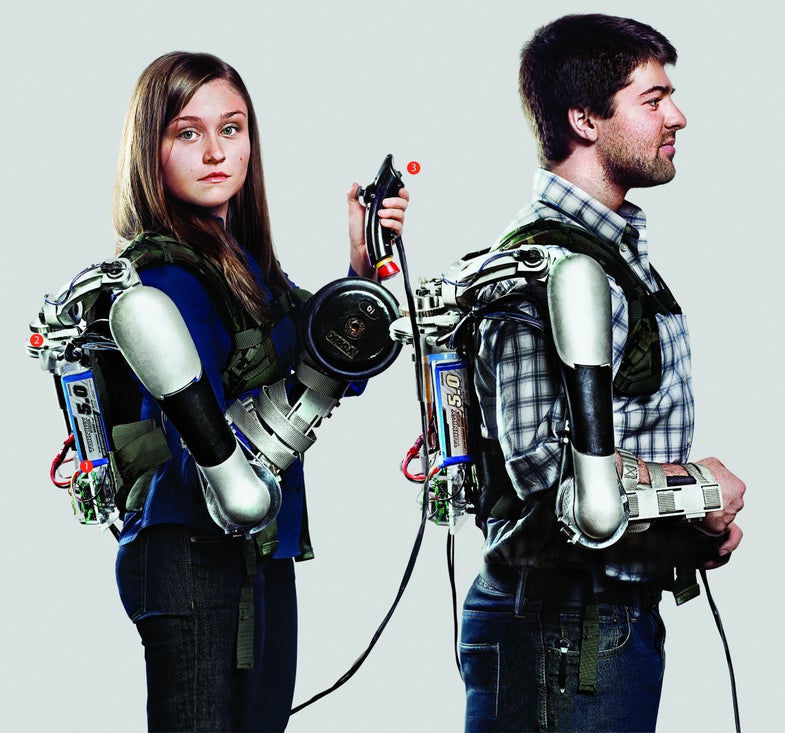 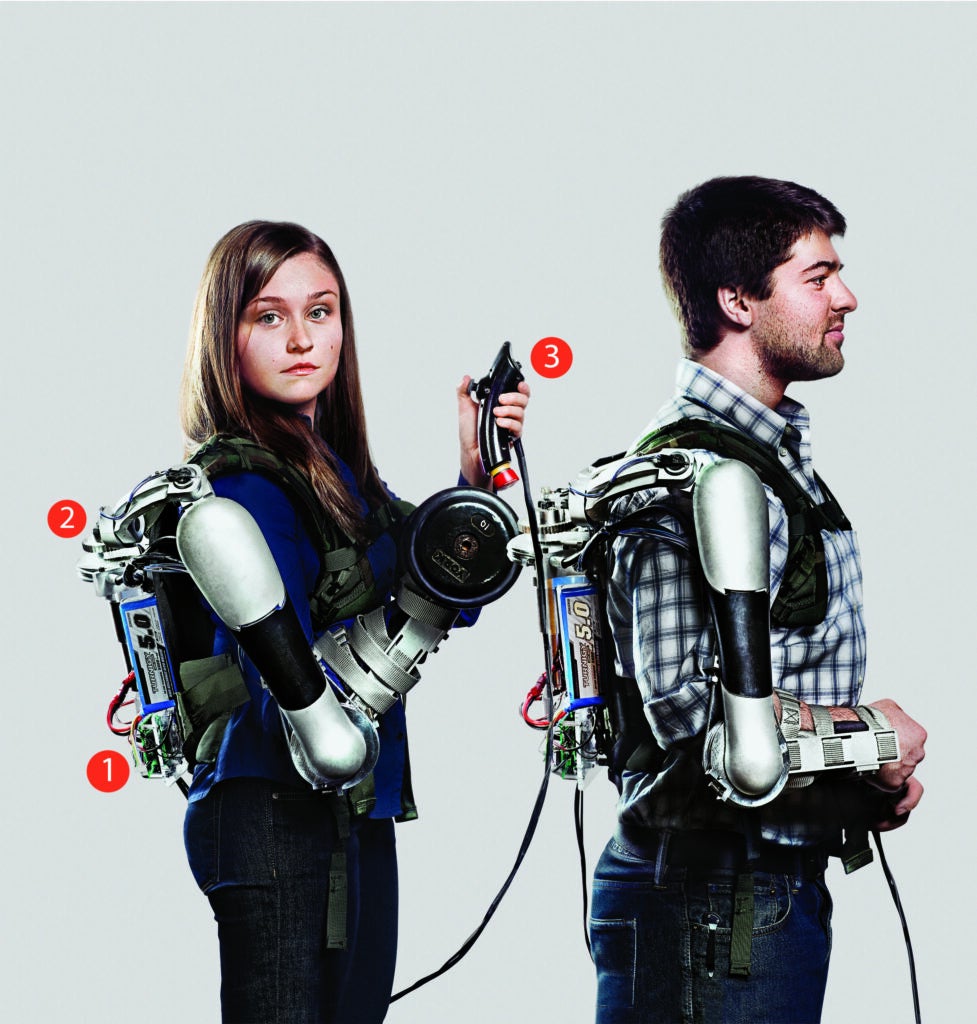 Surviving a stroke or debilitating injury is often the start of a very long ordeal. Physical therapy can be slow and strenuous with no guarantee of recovery. Robotic exoskeletons can sometimes provide the support a ravaged body needs to heal—and strength when it can’t—but they typically cost more than a car and must be anchored to a wall and plugged into a socket.

In late 2012, a team of mechanical engineering students at University of Pennsylvania set out to build a portable, affordable exoskeleton. Two semesters of late nights and long weekends later, Elizabeth Beattie, Nicholas McGill, Nick Parrotta, and Nikolay Vladimirov had the Titan Arm: an efficient, lightweight, and surprisingly powerful robotic limb. Its actuator, or electronic muscle, could provide resistance during therapeutic exercises and can augment strength, allowing its wearer to lift an additional 40 pounds with little effort.

To ensure a slimmer frame than other exoskeletons and make Titan Arm easier for patients to use, the team situated its actuator in a backpack instead of in the limb itself. They also milled load-bearing parts out of aluminum to limit weight and power consumption. McGill, the electronics lead, created a software-and-sensor package to track arm movements and wirelessly relay the data. This would allow a patient to use a Titan Arm at home and a therapist to remotely monitor the exercises.

Potential beneficiaries, including stroke victims and an injured snowboarder, have already reached out to the team with encouraging comments. The positive response to their $2,000 prototype has made Titan Arm’s makers eager to push their invention toward a finished product and, to that end, they are now designing a more refined version. “We’ve been looking at 3-D printing to fully customize components, like tailoring a suit,” says Parrotta.

Lithium-polymer battery packs provide a day’s worth of power.

An electric motor in the backpack winds steel cables to rotate pulleys and induce arm movement. Beattie (left) designed a support system to safely distribute weight across a hip belt, elbow straps, and back plate.

Software reads the positions of magnetic sensors in the steel joints to instruct movement, which the operator controls from a handheld device.

Click here to see a flat bike helmet, a thermal radar with omniscient view, and more from our 2014 Invention Awards.