Just don't turn that :-) upside down. 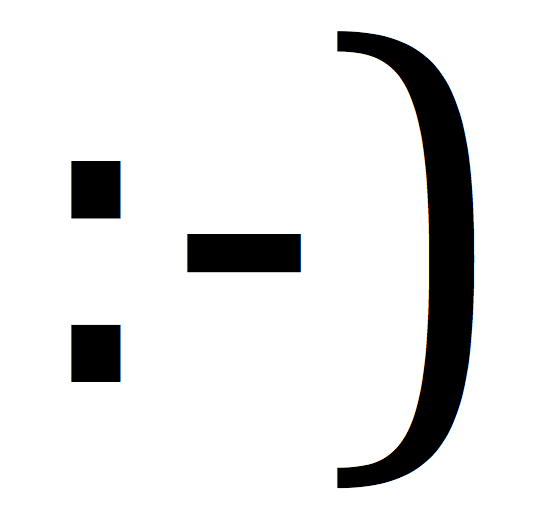 The brain is great at recognizing faces. When you see a face, specific areas of the occipitotemporal cortex are activated. But what about emoticons, such as the smiley face–how does the brain react? Is it possible that they might be seen similarly to faces, which they are meant to represent? This question occurred to Australian researcher Owen Churches after reading several emails from students, several of them asking for an extension on a paper, and ending with a smiley face like this 🙂

LOL. So Churches put the question to the test, measuring the electrical activity in the brains of 20 participants (perhaps some picked as a punishment for requesting an extension?) while exposing them to human faces, emoticons, and random strings of punctuation. When smiley faces were presented in the typical configuration, with the colon to the left like :-), they activated the same areas of the participants’ brains as human faces. However, when smiley faces were presented in the opposite configuration with the colon to the right (-: they did not elicit the same reaction, and were viewed as punctuation marks. Real human faces, however, were recognized as such, even when presented upside down.

This wouldn’t have been the case before the smiley face emoticon was first used by Carnegie Mellon University computer scientist Scott Fahlman in 1982, as the Australian Broadcasting Corp explained:

“There is no innate neural response to emoticons that babies are born with. Before 1982 there would be no reason that ‘:-)’ would activate face sensitive areas of the cortex but now it does because we’ve learnt that this represents a face,” says Churches. “This is an entirely culturally-created neural response. It’s really quite amazing.”

This emoticon is perceived thus because it is now widely recognized as a stylized version of a human face, with signifiers for the eyes (colon), nose (dash), and mouth (closed parenthesis), according to the study. One wonders if the same holds true for other emoticons, such as flirty abject horror, which in case you need to be told, is ;^ u