How Carl Bass, the CEO of Autodesk, is shaping the maker movement—from his garage. When you first meet him, Carl Bass comes off like any other weekend carpenter. Dressed in a worn T-shirt and jeans, he shakes hands with a wooden grip and has a big, brassy laugh. His workshop is a warren of lumber and hammers and idle projects. A half-built chair sits here. A sculpted Styrofoam head there.

But Carl Bass is no ordinary carpenter. He’s the CEO of Autodesk, a $10-billion company that makes AutoCAD, the standard software used by engineers to digitally design such products as cars, airplanes, and skyscrapers. And his maker space is no ordinary garage. First, it’s huge. His wood shop alone occupies 20,000 square feet—and he’s got a comparably sized metal shop down the street. Second, it’s sophisticated. 3-D printers sit among the band saws and planers. And then there’s his CNC router.

“This is my coolest thing,” Bass says, stepping to the monitor that controls it. He’s a big guy, tall and thick, but he looks small next to this machine. The Thermwood 90’s five-axis head can move anywhere within a 5’ x 10’ x 4’ space and can carve pretty much anything—a perfect orb, a model of the space shuttle or Michelangelo’s David—out of materials like plastic and plywood. The machine is incredibly complicated. It usually comes with its own instructor. “I don’t think anyone else has one for themselves,” Bass says.

Bass isn’t boasting. He has poured at least as much money into his workshop as other CEOs pour into vintage wine collections or boats, but his hobby isn’t about impressing anybody else. It’s just for him. He still spends every Saturday morning from 6 to 11 beavering away on various projects in pleasant isolation. And yet, his weekend work is having a profound effect on the maker movement.

A few years ago, Bass recognized that two powerful forces were poised to intersect: the rise of online sharing and the return to analog building in maker spaces. Up until that point, Autodesk stuck primarily to the virtual realm by developing increasingly refined CAD software. Bass saw that Autodesk could fill a crucial niche by helping everyday people bridge the gulf between digital design and physical manufacture. 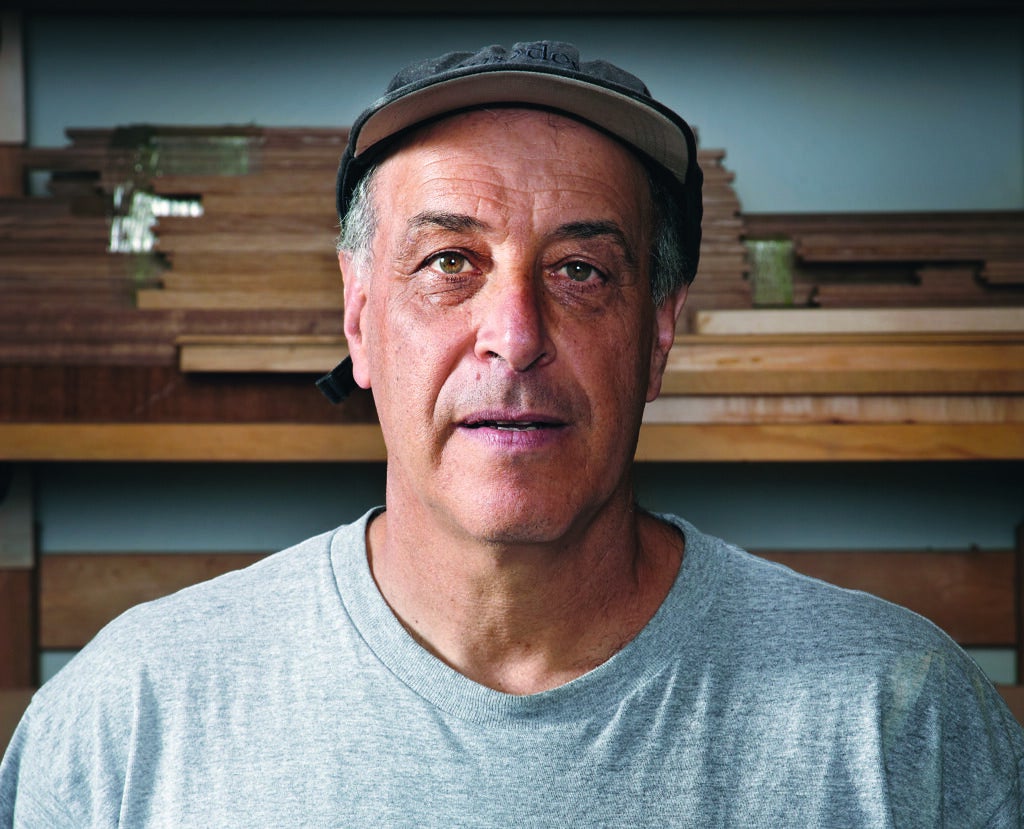 The company’s first consumer product was an experiment. A team in Toronto developed a dramatically simplified modeling program, formatted it for use on mobile devices, and put it online as a free app, called Sketchbook. Within 50 days, Sketchbook had a million downloads. So the company created more products, and then a whole consumer group focused on design, personal manufacture, and home decoration. In three years, Autodesk had more than 100 million registered users across its various consumer products. Compare that with the company’s 12 million professional users, which it took more than three decades to accrue.

The range of applications people found for the new products was tremendous. Louise Leakey, the famed Kenyan paleontologist, recently used 123D Catch, a web-based app that stitches snapshots into a 3-D image, to model her skull collection so others could view it online. With 123D Make, a product that allows people to modify 3-D models, fans then carved the CAD skulls into pieces that could be printed and reassembled as a puzzle. In Florida, the owners of a female duckling named Buttercup used Autodesk software to get the animal back on its feet after an amputation to correct a birth defect. They made a model of Buttercup’s good foot and printed it. After the surgery, they attached the prosthetic, so she could waddle and paddle like any of her companions.

Autodesk’s new role as a company that enables makers suits Bass just fine. Before he started his own software firm, which was acquired by Autodesk in 1993, he put himself through college by working as a carpenter, building houses on a Sioux reservation and boats in Maine and Seattle. He’s found it easy to infuse Autodesk with that same hands-on enthusiasm. “The company is filled with engineers and people who like to make stuff, so it wasn’t like I was pushing a rock up a hill,” he says. Bass recently provided his employees with their own version of his personal workshops: a 27,000-square-foot maker space at the edge of Pier 9 in downtown San Francisco. The facility includes a wood shop, a metal shop, an electronics shop, a 3-D–printing lab, a tailor shop, replete with mannequins, and a test kitchen (on the premise that cooking is a gateway drug for makers). When the facility opened with a ribbon cutting last September, Bass, true to form, took a reciprocating saw to a steel bow instead of scissors. Shortly afterward, a group of Autodesk engineers designed, printed, and assembled a 13-foot-tall blinking Trojan horse that they pulled up to Market Street in San Francisco—just because they could.

Bass recognized that two powerful forces were poised to intersect: the rise of online sharing and the return to analog building in maker spaces.

Futurists have long predicted a day when people can manufacture most of what they need in the comfort of their own homes. It would be easy to see the Autodesk shop and Bass’s personal maker spaces as a step in that direction—larger and more expensive, but a step nonetheless. But Bass doesn’t give in to such optimism so easily. Because he’s going first into the age of personal manufacture, he is intimately acquainted with the barriers that stand in the way.

“We’re so close to real personal manufacturing, and yet we’re so far,” he says. It’s not as if something designed in Google Sketchup can just be handed to the router, he explains. “Right now, you have to convert all these file formats from one to the next, and you lose fidelity with every step. If I can’t do it with my resources, connections, and equipment, who can?”

The only solution, he says, is persistence and personal experience. “At Autodesk, anytime we find issues with a product we’re using, we go about problem solving, trying to make them better. In the end, we’re just making things easier for people, so more of them can access the maker movement.” “My Thermwood 90 is an 18,000-pound router that will carve anything. Lately, I’ve been using it to make big carved tables.” — Carl Bass

In that way, Bass’s workshop serves a dual purpose. It’s a sanctuary, sure, a place where he can build anything from swooping chairs that appear cut from a single piece of wood to intricate 3-D–printed mesh sculptures. But it’s also a test bed. And every one of his creations carries a backstory—a series of challenges and lessons that lead to a final success. “I might not be able to understand what an Autodesk customer is up against, but I sure can sympathize,” he says. Bass makes stuff because that’s what he loves, but in doing so, he’s also creating a better experience for his customers and, in a way, for everyone.

He shows me around a bit more. A row of bats he made with his kids, lathed perfectly and sanded to a high gloss, hangs from a rack on the wall. An antique sander sits nearby. Finally, he flicks off the lights, and darkness advances across the space the way it does in factories and airplane hangars. Then he turns to me.

**Sander **
“I bought this gigantic drum and disk sander at Industrial Light & Magic, the special effects shop that did Star Wars. It’s from 1940 and can sand anything.”

Lathe
“It’s fun and easy to use. I typically use it to make baseball bats and chair legs and poles.”

Chisels
“I found a set of Stanley chisels on Ebay. They were used when I got them, but I sharpened them up, and now I use them on everything.”

Hand planes
“I built them myself 35 years ago. It’s nice to have built a tool more than three decades ago and still use it.”