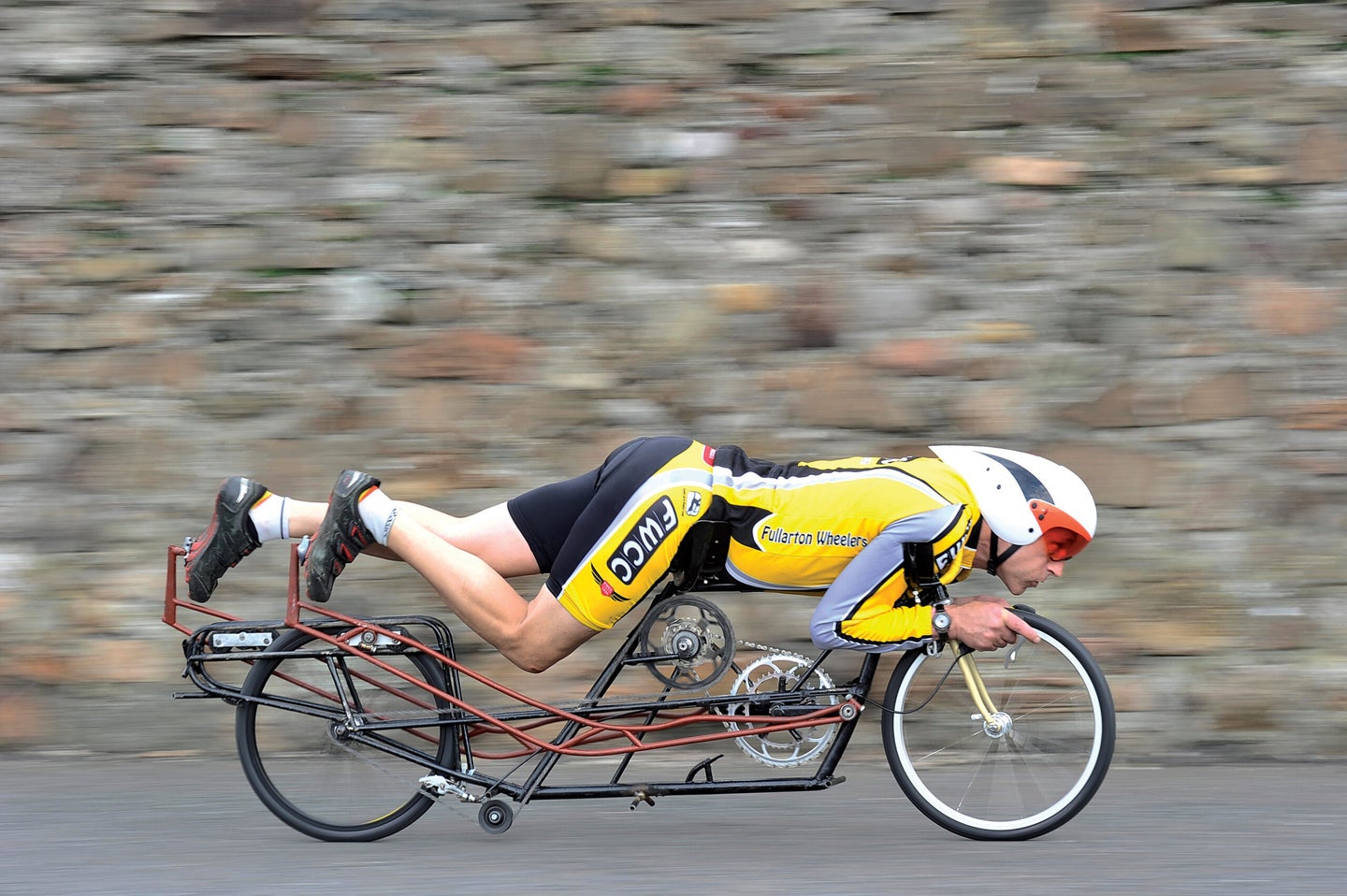 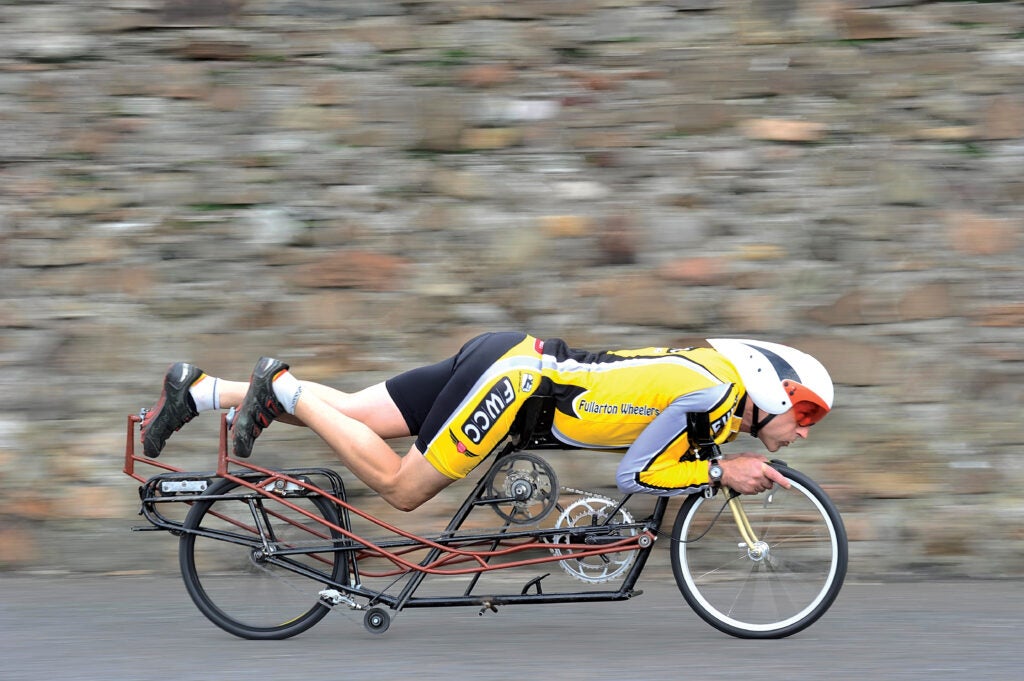 Unlike typical bikes, the Beastie positions the rider like a bullet to reduce drag.

Graeme Obree doesn’t own a car. And why would he? The Scottish racing cyclist built a bike in his kitchen that can travel at highway speeds. Last year, it even broke a world record.

Obree is no cycling novice. In 1993, he broke the world record for distance biked in an hour: He cycled 32 miles in 60 minutes on a closed track. Another cyclist broke the record later that year, but in 1994 Obree reclaimed the title. “Winning is almost like a drug you keep needing more of,” he says.

So Obree kept competing. And after winning two races in 2007, at age 42, he gained the confidence to try something few people had ever attempted: to build the planet’s fastest human-powered vehicle. It would have to exceed 82.819 mph, a record set in 2009 on a recumbent (feet-first, face-up) bike.

Using roller skates, a saucepan, and other household items, Obree spent two years designing and building prototypes with few preconceptions. “The first thing I asked myself was, What would an alien do?” he says.

Obree realized one of the speediest and most alien situations for a human is skydiving. When skydivers plummet headfirst, with their arms tucked to the sides and their legs squeezed to a point, they can approach speeds of 200 mph.

The posture led Obree to design a headfirst bike that would allow him to pump his legs horizontally, like steam-engine pistons, instead of up and down. It’d be an uncomfortable setup, but Obree thought it could reduce drag and energy lost to friction.

In September 2013, Obree joined other record-breaking hopefuls on a desolate stretch of two-lane highway in Battle Mountain, Nevada. He enclosed himself inside the Beastie’s aerodynamic shell and pedaled furiously. The bike fell over and skidded during the first two runs. On the third run, the pedaling motion and a headwind caused him to weave like a snake, slowing him down. Obree didn’t graze his goal, but he hit 56.62 mph—enough to bust prone cycling’s previous speed record of 54.9 mph. (A Dutch-built recumbent bicycle called VeloX3, meanwhile, reached 83.13 mph, breaking the overall human-powered speed record.)

Obree now plans to quit racing and sell the Beastie—he jokes that it would make a good coffee table—but thinks someone could improve upon his idea. “I was hoping to go much quicker,” he says. “It’s maybe even more important to learn what I got wrong than what I got right.”

Breaking Down The Bike

**1) Posture: **Obree cut up a saucepan and crafted the pieces into a shoulder brace.

**2) Structure: **Steel-and-manganese poles make for a strong yet lightweight frame. Obree joined the pieces with silver because he could easily melt the metal at home with a plumber’s torch.

**3) Power: **Boomerang-shaped bars allow horizontal pedaling at the back of the bike.

A shell made of lightweight Kevlar and fiberglass reduces drag while protecting Obree from wipeouts. A small window helps him see the road as he breathes through a snorkel.

_This article originally appeared in the January 2014 issue of _Popular Science.

bicycles
build it yourself
DIY
January 2014