The animal kingdom is home to many wild and wacky family-making strategies. Watch and learn about some of them here. 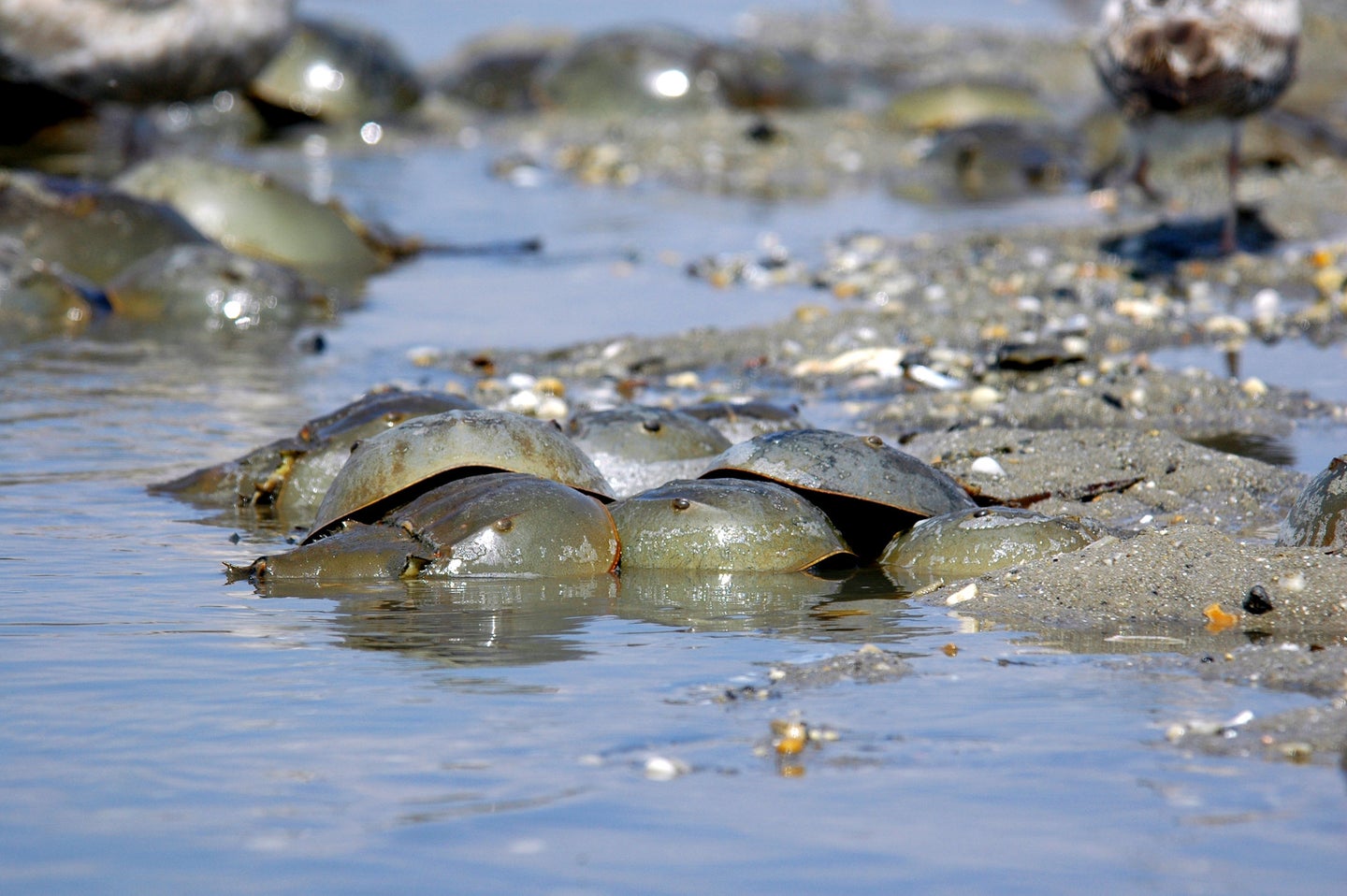 Horseshoe crabs have a mating season that depends on the temperature of the water. Gregory Breese/USFWS
SHARE

From Maine to Florida, springtime ocean currents always bring hordes of horseshoe crabs to the shores of the Atlantic Ocean, ready to mate. After swimming upside-down, they flip themselves over with their tails and begin the process of finding arthropod love. The male crabs use their pincers to hook a ride to shore on the women’s shells. And that’s where the mating magic kicks off.

For a long time, humans thought this archaic living bicycle helmet synced up with the moon’s schedule, swarming to coastlines when the tide is high during the full and new moons. Recent research, however, indicates the crabs actually mate according to water temperature. They may be like a primordial Goldilocks—too hot or too cold, and the crabs recede to the depths of the ocean. But when the water is just right, the breeding pairs appear.

Horseshoe crabs are far from the only animal with an intricate and funky method of mating, however. The animal kingdom is home to several species with unusual family-making strategies. Here are seven more.

The Virginia opossum gives birth to young that look more like embryos than furry, long-snouted mammals. But look closely and you’ll see the most developed part of their small bodies are their powerful forearms and claws. When giving birth, the mother thoroughly licks the abdominal fur between her birth canal and her pouch. Baby opossums then follow the trail of saliva, use their forearms and claws to crawl across their mother’s belly with a swimming motion, and find their way into their mother’s pouch to continue gestating.

The Vogelkop super bird-of-paradise is only found in a small region of New Guinea—and its mating dances are more intricate than any TikTok choreography. The male’s stunning black feathers absorb 99.95 percent of sunlight, but a few of his feathers are a shocking electric blue. When displayed in the mating dance, these blue feathers almost appear to be two eyes and a smile. His dance is a bouncy display best understood by watching it.

Of the more than 50 species of hornbill across the tropics, most nest in sealed tree cavities and rock crevasses. Sealing the nest is a team effort—female and male hornbills work in tandem to create a wall of mud, saliva, droppings, and other savory bits. Once inside, the birds form a slit narrow enough to allow male birds to pass food through but keep predators (mostly humans) out. Inside, the female bird incubates her eggs for weeks, then raises her babies for 3 to 5 months. If the father perishes, the food delivery ceases, and the hornbill family may perish inside the nest. Surviving babies, however, fly away in full splendor with their parents’ encouragement.

Born on drifting pack ice, newborn harp seals only weigh around 25 pounds. Over the next 12 days of life, they gain roughly 55 pounds from their mom’s high-fat milk before the weaning abruptly stops. When the mothers leave to mate again, the pups remain stranded on ice and lose over 50 percent of their body weight. This hunger is motivation, though: Pups enter the water after roughly six weeks of starvation and quickly begin hunting and feeding on their own.

Burying beetles: The circle of life

Burying beetles detect their food with clubbed antennae, have brightly marked and hardened front wings, and eat their most annoying babies. As brutal as the practice sounds, the insects lay their eggs on animal carcasses, which also happens to encompass the species’ diet. Parents feed their young by regurgitating digested carcass, but there is a limited amount of meals. So, researchers have found that the parents eat the young that beg too much for sustenance. This practice keeps the other young in line, while also maintaining adequate food supply for the family.

The common garden snail is a hermaphrodite. By possessing both male and female reproductive cells, they are able to self-fertilize (although this practice is less viable than traditional mating). Sex between two snails is, unsurprisingly, a slimy act. It involves a “love dart,” called a gypsobelum, which is shot indiscriminately into one mollusk’s body. According to one snail researcher, if this dart were scaled to human size, it would be the equivalent to a 15-inch knife being plunged into a lover. While the science behind the gypsobelium is not fully understood, garden snails who effectively use this tool successfully sire more young.

The deep-sea Lophiiformes, better known as anglerfish, boast 200-plus species (obviously they’re doing something right). Fleshy pieces of “bait” hang off a rod-like structure on the fishes’ head—when prey come toward the lure, the anglerfish snaps. But only the females are this large and fearsome: Male anglerfish are small and parasitic. Depending on the species, they may be more than 60 times shorter than their female partners. In most anglerfish, however, the male attaches to his mate, fuses his circulatory system with hers for nutrient uptake, and fertilizes her eggs for the rest of his life.