One historic caribou herd is thriving under First Nations’ care

The Klinse-Za herd tripled in size in under a decade, thanks to a variety of restoration efforts. 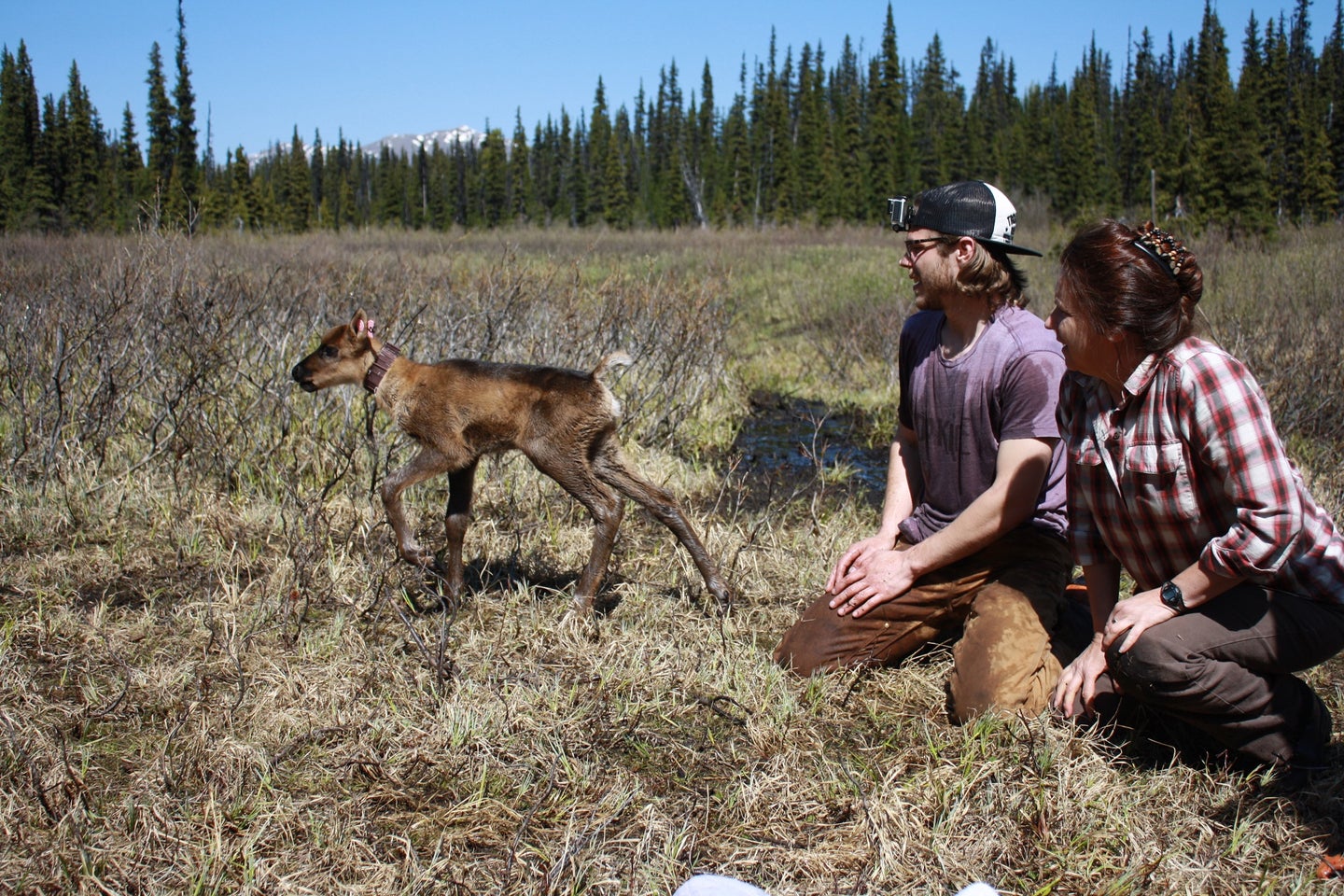 First Nations biologists and other experts tried a mix of conservation methods, including habitat restoration and "maternal penning" to protect calves and their mothers from predators. Giguere, Wildlife Infometrics
SHARE

Despite federal and provincial recovery efforts, caribou herds have been declining rapidly across Canada. The country has lost a dozen herds within the last two decades, and many others are at the brink of extirpation. But the Klinse-Za mountain caribou in British Columbia has broken from the trend.

A recent study published in the journal Ecological Applications found that the herd’s population has nearly tripled in under a decade, thanks to a collaborative recovery effort led by two First Nations communities.

Members of West Moberly First Nations and Saulteau First Nations, in partnership with non-native scientists and provincial and federal governments, have managed to bump the Klinse-Za population up from 38 individuals in 2013 to more than 110 today. That number continues to rise. The collaborative effort tested a multitude of recovery strategies, combining short-term conservation actions and ongoing habitat restoration work.

“They really threw everything that they had at the problem,” says Melanie Dickie, a caribou biologist at the University of Alberta who was not part of the project. “They knew what might help in the short term, but didn’t forget what was needed in the long term to set caribou up for success. That’s where this project is different from others.”

[Related: Many Indigenous languages lack a word for ‘conservation.’ Here’s why.]

West Moberly First Nations and Saulteau First Nations used to rely on these mammals for sustenance. But since the 1970s, the caribou numbers have been too low for the native people to harvest, says Carmen Ritcher, study co-author and a Saulteau First Nations member who helped lead the recovery effort. In 1995, the Klinse-Za herd population was hovering near a count of 200. By 2013, it had declined to a mere 38.

Ritcher says it was the elders in her community that made the initial push for action on caribou conservation. They reminded her of the crucial role the species has played in helping her community survive through winters.

“It’s time to step it up and do something for them, because they’ve been there for us,” Ritcher says. “Those are our values around caribou protection.”

The steep drop in caribou populations is common across southern Canada, a region that has lost a dozen of its 40 or so herds within the last two decades, says Clayton Lamb, study co-author and wildlife scientist at the University of British Columbia. Most of the remaining populations are also in decline, some dropping at rates of up to 20 percent per year. In the contiguous US, caribou have gone close to extinct.

The root cause for the downturns has been habitat loss due to human activity. In the Klinse-Za caribou’s native habitat, 65 percent of the land is fragmented by industrial development, including from oil and gas extraction, hydroelectric dams, and urbanization, Ritcher says. The combined impacts of industrial development and climate change have altered native caribou habitat in ways that attract primary prey species like moose and deer, which in turn brings more wolves into the region. This has led to unsustainable predation rates for the caribous, causing their populations to plummet further.

“That’s the biggest challenge right now,” Ritcher says. “The landscape needs to heal in order for caribou to be self-sufficient.”

Dickie, who studies how human land use and climate change are affecting caribou populations, says habitat restoration efforts cost about $12,000 CAD per kilometer (about $15,400 USD per mile) of road or seismic line. These narrow corridors used by the oil and gas industry traverse natural environments and make it easier for wolves to hunt and access prey. In just Alberta’s caribou range alone, hundreds of thousands of kilometers of seismic lines need to be restored.

“We’re talking about billions of dollars of effort and decades of work to do,” Dickie says. “We need them to keep caribou around while that habitat recovers.”

The collaborative effort harnessed short-term conservation strategies, such as maternity pens and predator reduction, as a way to buy time as various teams worked with governments to address the habitat component. The maternal penning initiative, led by the First Nations and biologists from wildlife research group Wildlife Infometrics, set up enclosures in caribou habitat to protect mothers and their calves from predators until the calves are two months old. In terms of predator reduction, Indigenous hunters worked with the British Columbia government to thin the wolf density to levels more sustainable for caribou.

These short-term recovery actions allowed the Klinse-Za caribou population to not just stay afloat, but triple in less than a decade. In the meantime, the conservationists were also negotiating long-term habitat solutions. In February 2020, they reached an agreement with British Columbia and Canada to protect about 3,000 contiguous square miles of caribou habitat, which is roughly the size of Yellowstone National Park.

Lamb emphasizes that the collaborative component of the recovery effort was a big reason for its success. The support and funding from the government was crucial, and the knowledge of First Nations members, university scholars, and independent researchers helped form the successful mix of solutions.

“When folks with a variety of perspectives come together, we can leverage that diversity of experience and expertise,” he says. “That shines through in this unprecedented increase in caribou.”

But above all, the two First Nations provided the passion and drive to see this effort through. For Ritcher, the elders, and the rest of the Indigenous community, the Klinse-Za caribou is not just an endangered population—it is a part of their tribal identities and their relationship to the land they live on.

“You need to leverage the passion of the people that this problem is affecting to see proper outcomes,” Dickie says. “A lot of the time, species recovery is not really about the science anymore—it’s about the action. You need people who care.”