Tech-savvy artist pushes for gadgets that everyone can use 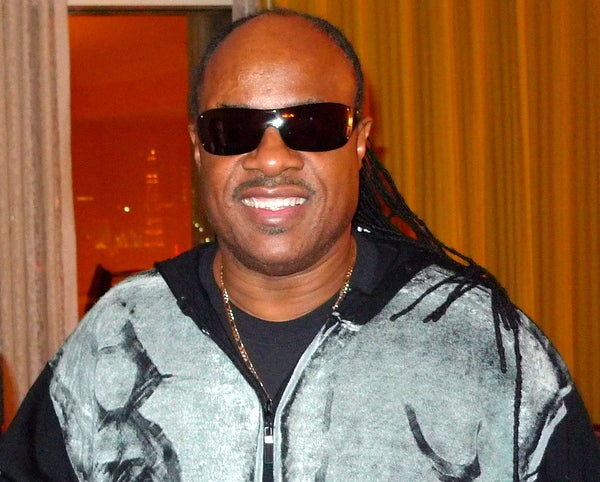 Stevie Wonder, a voracious consumer of technology, wants manufacturers to make their products accessible to everyone.

“He’s always the first,” says Lamar Mitchell, one of Wonder’s technology assistants. “He was the first one to have a sampler…He was one of the first guys messing with drum machine technology.” The distinct sound of Wonder’s 1972 blockbuster hit, Superstition, came from a novelty piano/electric guitar hybrid instrument called the Höhner Clavinet. “It was meant to be an electric harpsichord,” said Mitchell. “And then something happened when Stevie got it.”

Though blind, Wonder has mastered the visually-oriented personal computer—both PCs and Macs.

He edits all his music using sophisticated programs such as Steinberg Cubase and Apple Logic Pro. When a program presents a roadblock (for example, not providing audio feedback to direct him), he uses third-party accessibility software or asks Mitchell to write macros that automate complex tasks.

At this year’s Consumer Electronics Show, Wonder presented his Vision Free awards to 19 companies and organizations for making products that the blind can use. Some were deliberate efforts, such as a news reading service for the blind created by National Public Radio, iBiquity Digital and radio manufacturer DICE Electronics. Others made accessible products “without even realizing that they were doing it,” said Wonder. BlueAnt’s V1 Voice Control Headset was designed because even sighted people can’t see the buttons or LCD of a device on the side of their heads. But those features also make the Bluetooth headset useable for blind people.

Popular Science sat down with Stevie Wonder at CES to talk about music, technology and his campaign for products that everyone can use.

POPSCI: Would you say you are a geek?

WONDER: If it’s my love for discovering new and exciting things, finding new chords out on the keyboard, different kinds of music, using technology to do the work that I want to do—yeah, I could say that.

POPSCI: Have you always been interested in technology? Has it always been a part of your music, your art?

WONDER: What has always been interesting to me has been finding different ways of doing things that made for a different approach to the musical idea. Because to me, musical instruments and synthesizers and all those kinds of things are like different brushes or colors that an artist can use on a canvass.

POPSCI: Do you think the blind and visually impaired, and perhaps also deaf and hearing impaired, are more tech savvy because technology helps them in some ways?

WONDER: Well I think obviously it is important for them to gravitate to what can possibly give them some ways into the things that they have to do…For a blind person, if you hear about a thing like a camera that can take a picture of a page and speak it out to you, of course you want to use that.

So the key is for the government to subsidize such things so they are, cost-wise, what a normal person can afford.

POPSCI: Do you think the huge advances in technology in the past ten, twenty years have made life easier or harder for people who have any impairment? Or has it been a mixed bag?

WONDER: I think it’s definitely made life easier. But if you’re going to make products easier for a person who can see, to have this more convenient, then make it accessible for the person who is blind or deaf. I hear manufacturers say, “Oh, we forgot about that,” or “Oh, that’s interesting.” Well, think! Make your products a convenience for everyone. Be an all-inclusive company.

POPSCI: Do you have top pet peeves for some of the new technology out there that doesn’t do that, that misses the point of being inclusive?

WONDER: A lot of the things with a touch screen. It’s impossible to use. So if you’re going to do that, then maybe provide some kind of overlay that will allow accessibility to the product for users who are blind…

I think the more that people understand and are able to have information, then the more possibility that someone will find a key to peace.

I have this song that I wrote which is called All About the Love Again… And it says:

What if someone made a soda that caused everyone to love each other.

Ummm, oh yeah, sounds good, so good to me

Ummm, oh yeah that sounds so nice to me

POPSCI: Is there anything you would ask president Obama to make a priority?

WONDER: You know, obviously there are so many things going on in the world and so many people coming at him about everything, because they think that it can all happen just like that.

So I’m just taking a low profile…And at the right time, I will give him the information that I have to share and introduce him to the people who reaching out to make a better condition for those who are physically challenged–whether they are blind, deaf or paraplegic or quadriplegic or whatever that might be.

POPSCI: Do you have a favorite gadget or gadgets or piece of software?

WONDER: The next, next thing. I just like them all!

You know, GPS is an incredible thing…When I have it on and I’m riding around, I notice the different signs. And I see that the spelling of what they are saying for those names isn’t anything like how I thought they would be spelled.

And what I’ve learned is that because sighted people are able to read all the time and see things, it becomes like second nature…So I understand now why a person who’s sighted can really read more fluently—because they are always seeing these letters, seeing these words in some form or another.

And then it allows you to understand the ways and the habits of a sighted world.