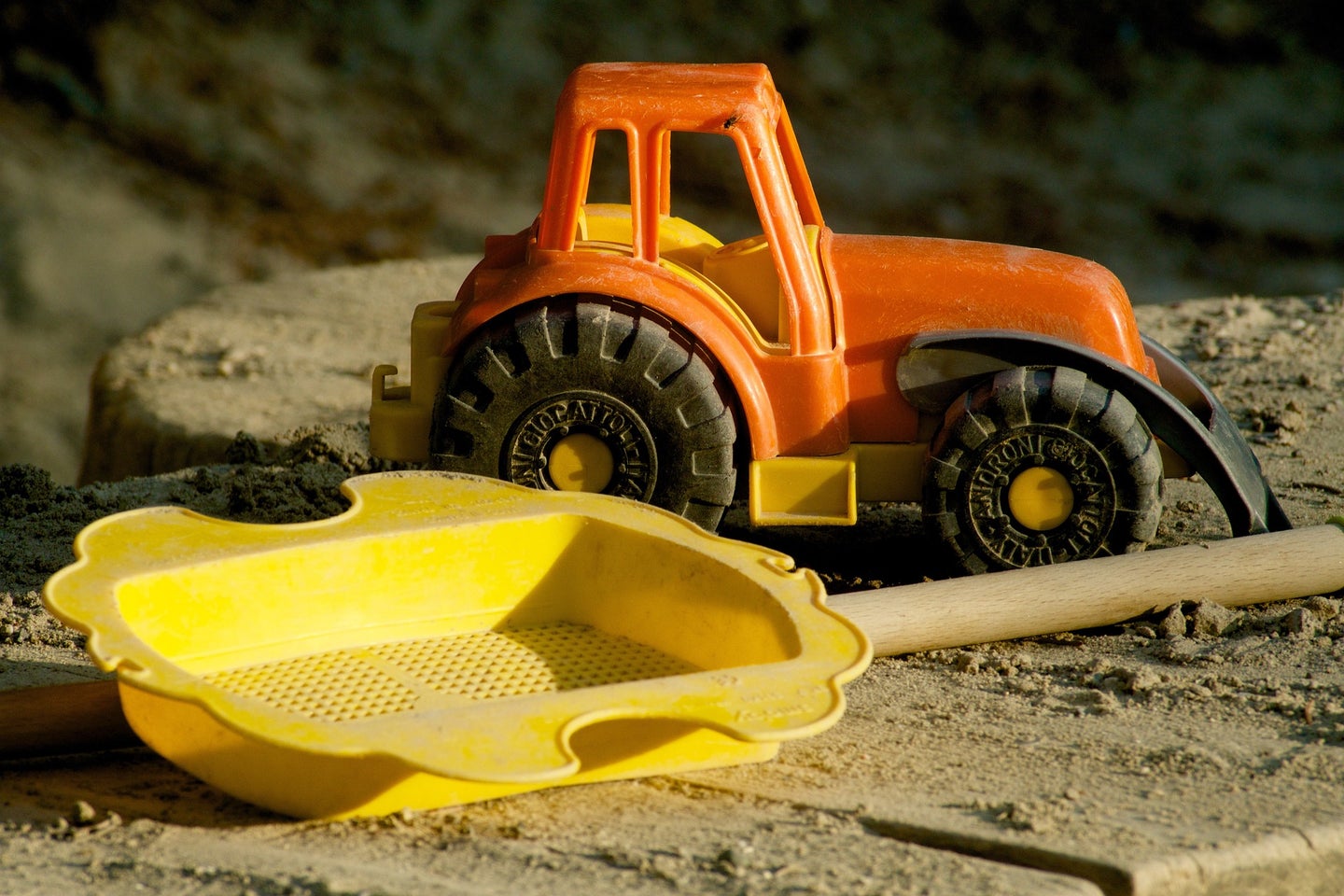 For some engineers at MIT, playing in a sandbox isn’t just fun and games. It’s also the starting point for a new way of evaluating how wheels move through sand, a mathematical calculation that could pave the way forward for tires and treads that move more efficiently, carrying large trucks, heavy equipment, and even rovers on other planets over shifting, dangerous ground.

In a paper published in Physical Review E this week, engineers describe a new scaling law—a mathematical equation that describes the proportional relationships between small model wheels driving over sand, and larger, full-sized wheels operating over the same kind of material.

Sand is a complicated problem for physicists. It comes in endless variations of tiny bits of rock and shell, all with different shapes and sizes. Describing the physical relationships of the grains as they move is incredibly complicated. It’s also a challenge for engineers who have to design vehicles capable of traversing such an unsteady surface.

For this study, the researchers figured out that by simplifying an already existing equation that described how objects moved through sand, and making some of the parameters in the equation dimensionless, they could create a rule applicable to real-life engineering scenarios. In other words, it allows engineers to work with a small model in a lab, and accurately predict how a much larger version would react.

Smaller models can be tested without using nearly as many resources, hopefully leading to a more efficient—and less expensive—final product.

“Think of bulldozers, excavators, all these things that need to manipulate and move granular material around,” Ken Kamrin, an author of the study said in a statement. “These aren’t really optimized. A lot of equipment used in industry is based on rules of thumb, but results like this could provide a new kind of tool to help pinpoint the best designs.”

Kamrin and his co-authors tested the new rule in the lab, observing how small and large wheels (both smooth and with treads) operated in a specially designed sandbox. They ran experiments 288 times with an assortment of variables (wheel size, mass, etc), and analyzed how well the power and speed observed in the smaller counterpart matched up with the larger versions.

The research has obvious implications for desert environments, and people that need to move people and cargo safely over large stretches of sand. Perhaps unsurprisingly, this study was funded in part by the Army Research Office.

“I’m excited that this could be a new tool we can use to design rovers for Mars,” Kamrin said in a statement. “If we had a simulant of Martian soil in the lab, we could do experiments with a wheel shape that we want to test, and then use this scaling law to, with more accuracy, be able to tell you if that wheel would get stuck on Mars.”

The new scaling law can account for differences in gravity, which is particularly helpful in the case of Mars, where gravity is only about a third of what we experience here on Earth. And getting stuck in the sand on Mars is far from implausible. The rover Curiosity contemplated driving across dunes, Opportunity was briefly trapped in a sand pit, and Spirit was stymied by a soft, powdery substance on the Red Planet.