This is the first time the U.S. will mass test people who've never been accused of a crime. 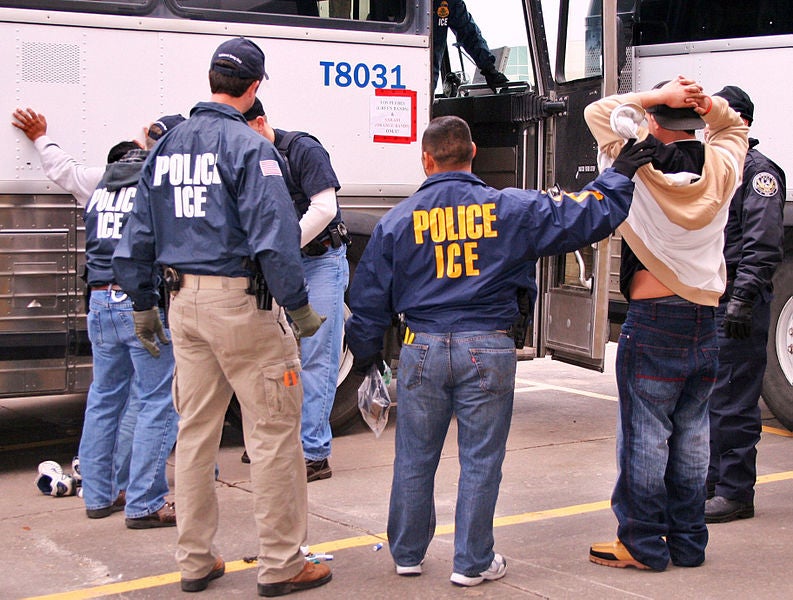 Along with official questions about citizenship, national origin, work history, and family, there will soon be a new step to crossing into the US: a cheek swab. The federal government is moving to mass DNA test hundreds of thousands of people detained for immigration violations, and is also developing tools to analyze the samples rapidly and in bulk.

In a press phone call on October 2, officials at the Department of Homeland Security revealed that everyone in ICE and CBP custody will be subject to DNA tests for a controversial FBI criminal database. To date, the Combined DNA Index System, or CODIS, has only been used to track individuals arrested, convicted, or charged with crimes. The Department of Justice confirmed the plan in a press release yesterday.

Experts say the policy sets a dramatic new precedent for when and why the government stockpiles personal information. “This is quite a significant expansion in scope and reach of [DNA collection],” says Natalie Ram, a professor of law at the University of Maryland and authority on bioethics. “It’s placing a substantial population under genetic surveillance.”

When CODIS was developed in the 1990s, it only tracked people convicted of felonies such as murder and rape. It’s since grown to include those placed under arrest in certain states—a total of 13.9 million profiles. Expanding that net to individuals who’ve never been accused of a criminal offense (entering the country illegally and living undocumented are both civil violations) shows just how far the system has slid, Ram says.

The pace of the expansion—a few months versus a few decades—is also unprecedented. In May, ICE announced it would start taking genetic evidence from border crossers in a “limited” pilot program. At the time, the agency assured journalists and activists that the results wouldn’t be added to a database, but would rather be used to verify parents’ claims that the minors they were traveling with were indeed their children. A month later, ICE awarded a multi-million dollar contract to Bode Cellmark Forensics, a Virginia-based biotechnology company, to help the agency roll out mass-scale DNA testing at breakneck speed.

Fast forward to early October, when Homeland Security announced that DNA testing will be a new norm in the nation’s immigration-enforcement policies. To do this, the department needs to adapt its technology to collect and analyze samples from upwards of 400,000 detainees. “Advancing rapid DNA testing doesn’t change the science of DNA identification, but it does allow law enforcement to amass an ever-larger population in their DNA databases,” Ram says. The cheek-swab kits ICE currently uses can be analyzed on site in roughly 90 minutes; if it wants to go bigger and create a systematized profile for each person, it will need to scale up its processing power exponentially.

According to the Department of Justice, the FBI will distribute DNA-collection kits to Homeland Security and process all of the recovered samples at its facility in Quantico, Virginia. “The FBI’s laboratory has the capacity to handle the increased input, and its capabilities can be scaled up to meet additional capacity,” the press release noted.

As the government okays DNA tests outside of a criminal context, some fret that the next step is cheek swabs during minor traffic stops—or even at the DMV.

“The more we come to accept that it’s okay for the government to collect DNA for different law enforcement purposes, the more likely it is to creep to encompass more people over time, including eventually, ordinary American citizens,” Ram says.

And it’s not just about individual privacy, either. Right now CODIS only logs results from chains of DNA that identify specific individuals—“non-coding” portions of the helix that don’t translate to inheritable traits, but do work like a genetic fingerprint. But full-sample DNA can be used to discover links like family relations, geographic origin, and inheritable characteristics.

“DNA can reveal so much about a person. Today, the government might be using it for one thing, but how will they use it later down the road?” says Dave Maass, senior investigative researcher at the Electronic Frontier Foundation, a civil liberties organization. “Could they one day start screening for certain health conditions and barring immigration based on that?” He worries that the new testing protocols hold uncomfortable similarities to a time in US history when eugenics and scientific racism helped underwrite immigration and citizenship laws. “You might end up in a situation where the [government] uses biometrics in the same way that junk science was used at the turn of the century.”

Take the Immigration Act of 1907, which expanded the “inadmissible alien” category to include “all idiots, imbeciles, feebleminded persons, epileptics, [and] insane persons.” It also created a blanket ban on “persons likely to become a public charge” because a surgical examiner at the port had found them to be “mentally or physically defective.” The legislation gave rise to the Immigration Act of 1924, which banned Asians and many Jews and Slavs from settling in the country. Both of these policies were ultimately replaced by the less discriminate Immigration and Nationality Act of 1965.

Immigration authorities are already exploring how biological data might be used to determine whether an individual trying to enter the country would be a “contributing” member of society. And as the New York Times revealed last week, ICE has actively sought a contract for software that algorithmically scans a person’s social media presence to determine the likelihood that they might go on to commit criminal or terrorist attacks.

Right now there are multiple federal laws that prohibit “genetic discrimination” across the board. But as the FBI and immigration authorities gain access to hundreds of thousands of new DNA samples, it’s not tough to imagine an algorithm reading the codes like a Facebook profile, combing through for red flags and “defects.”