It's a big-data look at the loss of lots of big data. That's pretty big. 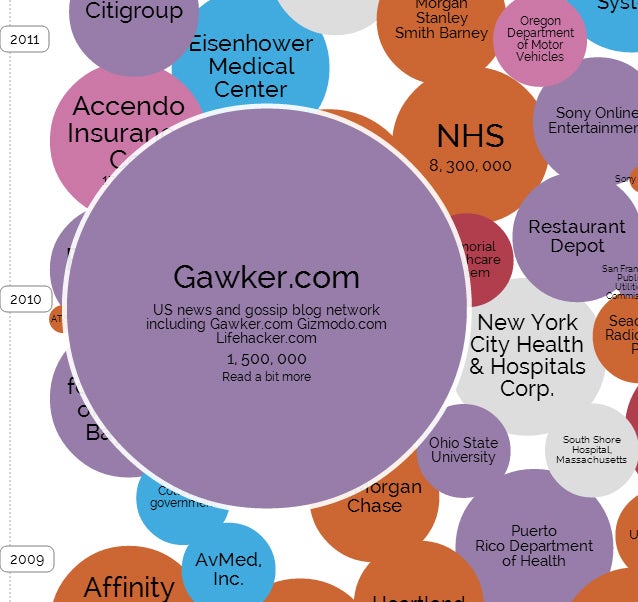 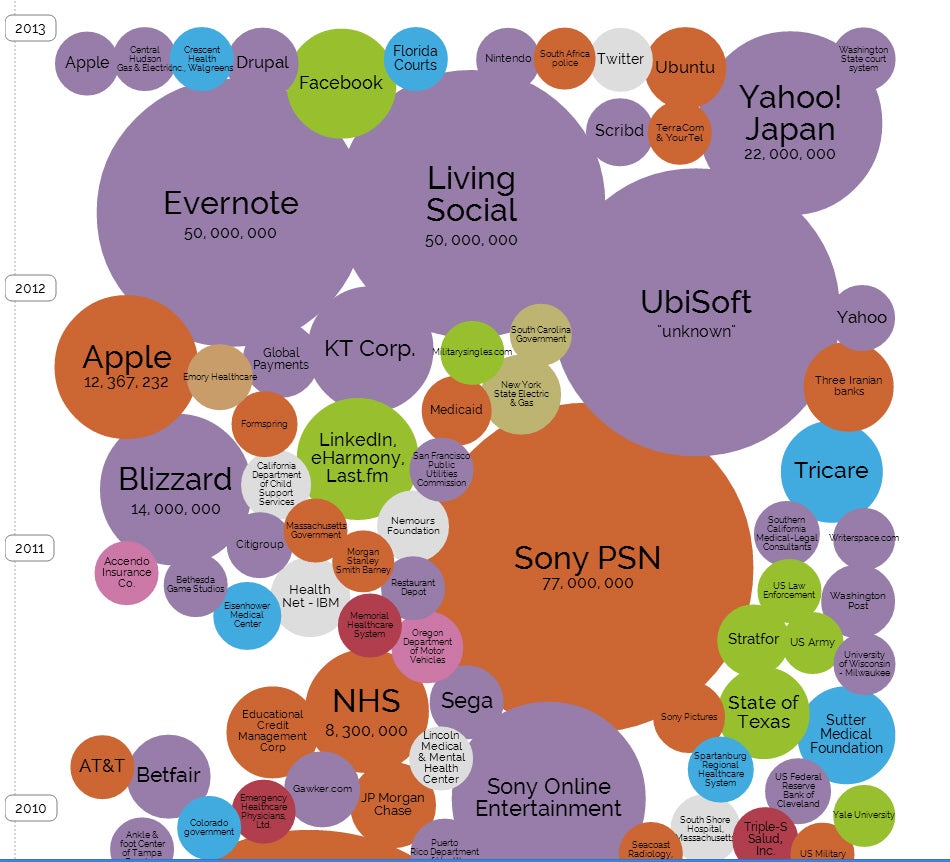 The internet is a giant vault where people store some of their most private information, trusting that the company holding on to it can keep it all safe. That’s not always the case, as this infographic of data breaches in recent history–by Information is Beautiful–reveals. Viruses, hacks, lost computers, accidental publishing, inside jobs and more have all been sources of major leaks over the last 9 years. The infographic identifies breaches by amount of information stolen, type of organization that was breached, year of theft, and the sensitivity of information lost or stolen. An intriguing upshot: By showing major breaches over time, the infographic illustrates how internet use has changed over the past decade. AOL (remember AOL?) has the first major breach in 2004, healthcare providers dominate leaks around 2009, and gaming companies had the major data losses in 2012. 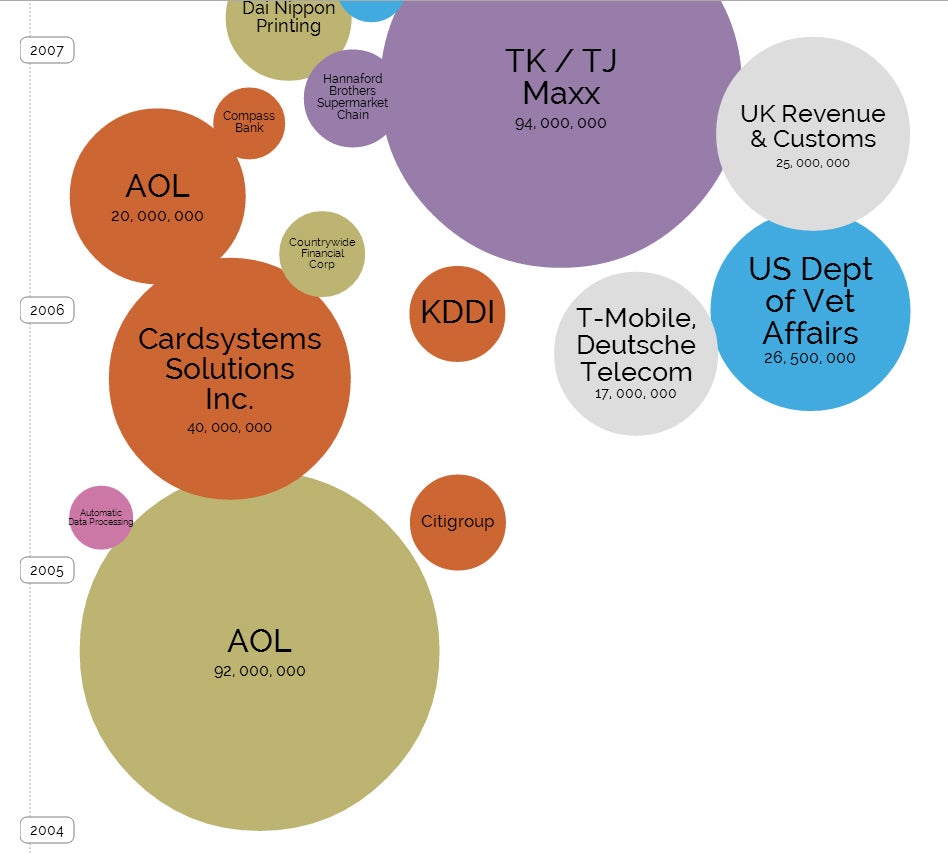 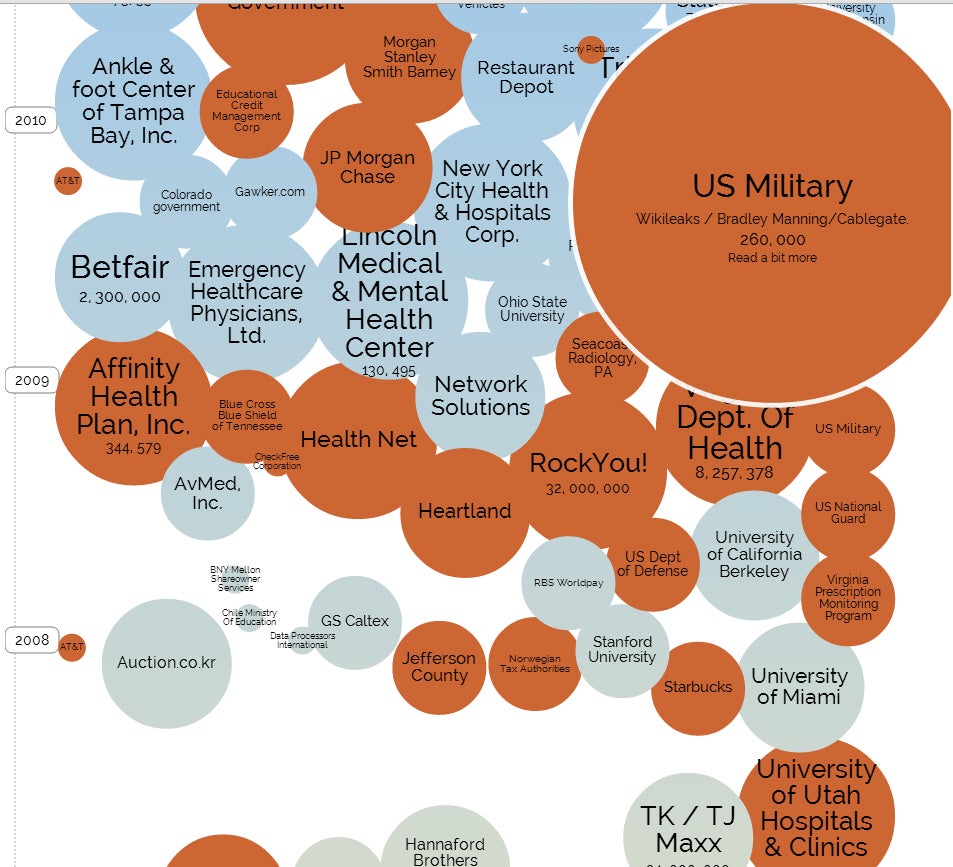 Wikileaks shows up big in 2010 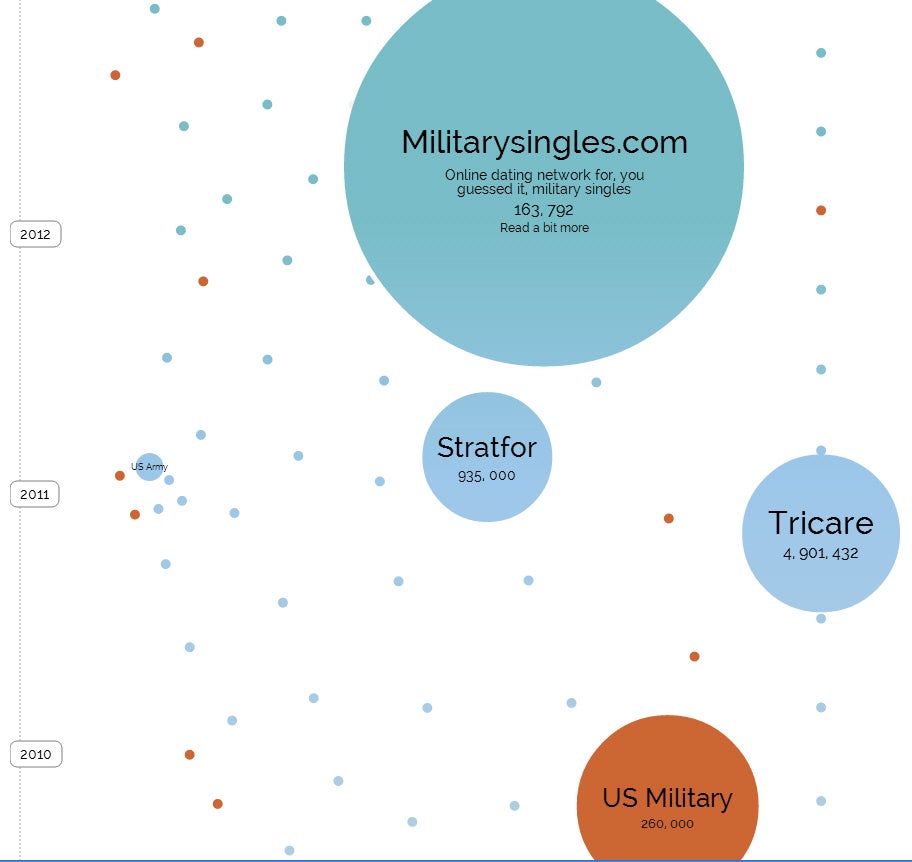 I get that dating is important, but is it more important than national security?
Kelsey D. Atherton