Smartphone Theft Is An Epidemic, So Secure Yours Now 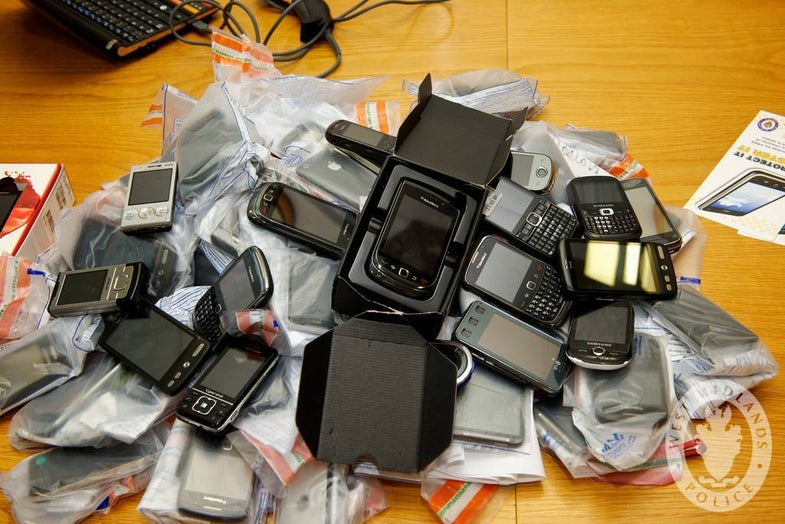 Raise your hand if you’ve had your smartphone stolen. According to figures assembled by the Federal Communication Commission (FCC), the phone theft rate for the year 2013 is estimated to be about 369 per 100,000 individuals–higher in cities. That’s a problem that the FCC hopes to combat, but the solution to that problem starts at home—with you.

While 36 percent of smartphone owners secure their phone with a four-digit code, just 11 percent used a code longer than four digits, a password, or an unlock pattern; fully a third of those surveyed took none of the list security precautions at all.

Improved security can definitely help deter thefts. In cases where users set no passcode, it’s a trivial matter to erase a phone and turn it around on the black market. While simple four-digit passcodes can help slow that process down, they are mathematically much easier to crack than longer, more complicated passcodes.

Technological measures have already begun making a dent: Apple, for example, introduced a feature called Activation Lock as part of its iOS 7 update in 2013. That feature prevents someone from disabling the Find My iPhone service, erasing the device, or reactivating an erased device. In the six months after that update, thefts of iPhones decreased by around a quarter in New York, San Francisco, and London. Were everybody to set a strong passcode on their devices—or were device makers to require users to set a passcode, rather than merely suggesting it—it would be considerably harder for thieves to resell those phones elsewhere. (Though, much as with automobiles, it wouldn’t necessarily stop incidents where smartphones are disassembled for parts.)

The FCC’s Mobile Device Theft Prevention Working Group (catchy name, no?) is asking that device makers better educate consumers about the anti-theft deterrent measures available on their devices. Really, it’s a matter of common sense: just as you wouldn’t leave your house unlocked—especially if you lived in an urban area—you shouldn’t walk around with an unprotected phone. Because these days, the amount of sensitive and personal information you keep in your phone may actually outstrip what you leave in your house, at least in terms of what a malicious party can quickly and easily do with it. So, for your own sake, fire up that smartphone and set a secure passcode, and do it right now.