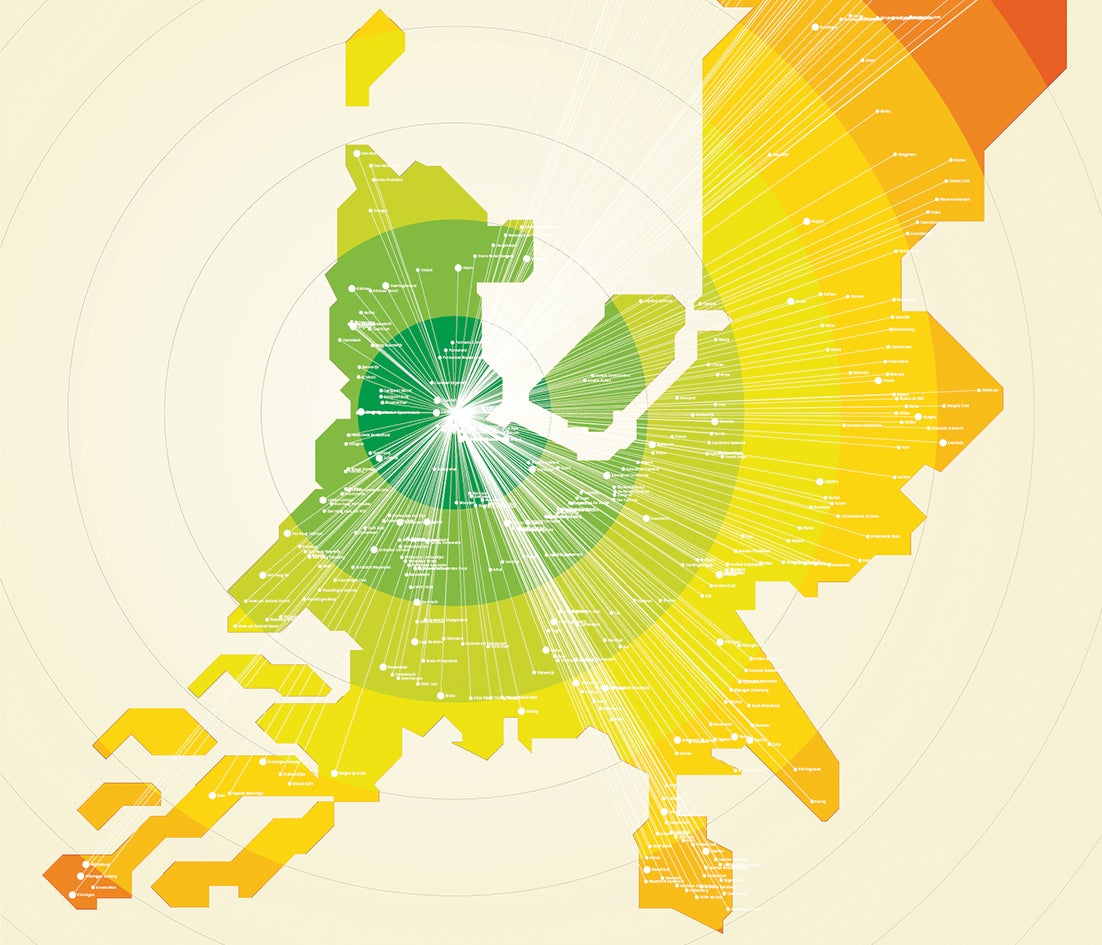 In the Netherlands, ubiquitous trains make a small country even smaller. To illustrate that point, Vincent Meertens created TimeMaps, which portray distances as travel time rather than mileage. Destination cities are arranged in concentric rings, colored by half-hour increments. In the interactive version, users can select any origin city and any time within the past 24 hours, and the map distorts accordingly. At noon on Friday in Amsterdam, even the most distant city on the German border is just four and a half hours away.