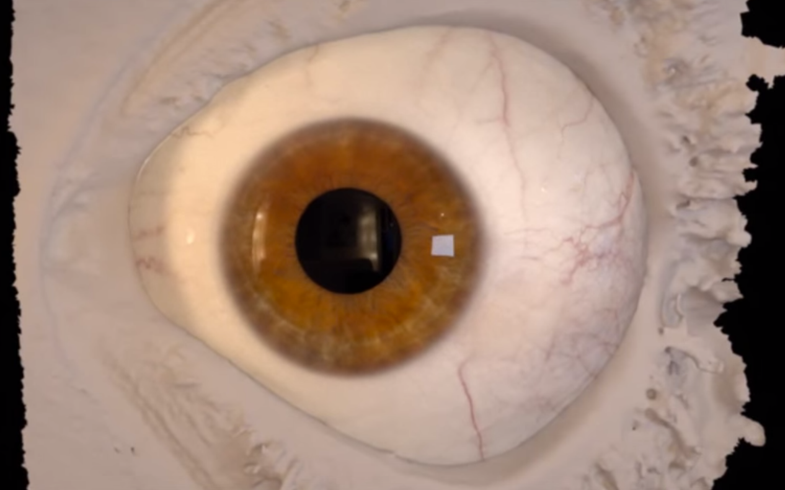 Disney is best known for their big-eyed princesses, but now its researchers have figured out a way to make eye animations more realistic. Last week at a conference, computer graphics scientists working for Disney and ETH Zurich announced they’ve developed a method that can capture the eye in 3-D and accurately reproduce it.

Real eye (left) and computer generated replicas of the eye

“Generically modeled eyes may be sufficient for background characters, but it now takes significant effort to manually create realistic eyes for heroes and other leading characters,” Pascal Bérard, a doctoral student in computer graphics at Disney Research Zurich and ETH Zurich, said in a press release. “Our reconstruction technique can greatly reduce the time spent and help increase the realism of the eye.”

The process of capturing the eye takes about 20 minutes, and involves an actor lying on the floor with her head secured in a headrest. Multiple cameras record the eye as the lights are raised or dimmed. The lighting is changed to capture the dilation of the pupil, and the deformation of the iris (the colorful part of the eye) as the pupil contracts and widens. The cameras also record the shape of the cornea (the transparent part that covers the iris and the pupil), and the coloring and details of the sclera (the white part of the eye) as well as the iris.

In addition to making animations more realistic, the technology may be used to create animated duplicates of actors for use in movies or video games.

The eye capture technology is the continuation of a drive towards realism in animation, preceded by other items like hair. But don’t expect to see examples of this at the box office quite yet–the researchers were only able to accurately depict the movement of a pupil in a still eyeball. Adding other movements to the eyes (like movement of the eyeball itself) is more complicated, and what the authors call an “exciting future extension” of their work.

The video below has more information about the eye capture process.