How To Make A Surface Shed Bugs Like Water Droplets

What if insects just couldn't climb into your house? 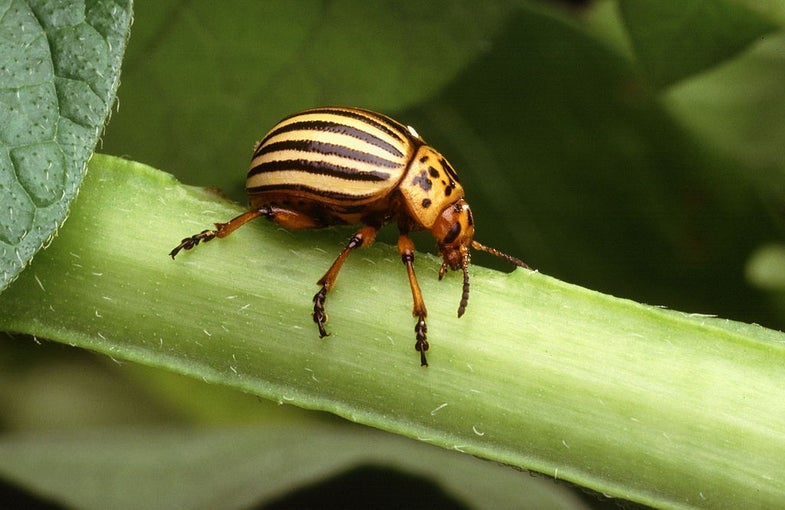 Can I just coat all the walls of my apartment with this? A team of biologists has found how to make a material that insects aren’t able to walk on. The surface of the material is simply too slippery—the bugs can’t get a grip with their creepy little feet.

In the future, something like this material could go on windowsills, building facades and interior pipes that often attract bugs, according to the University of Freiburg, the German university where the bug-repelling material’s makers did their research. Maybe in the future your entire apartment building will shed pests like a slicker sheds rain. 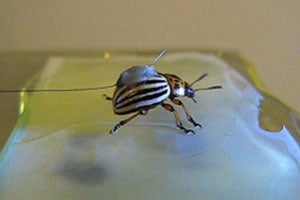 The researchers got their inspiration from plant parts that are naturally more difficult for insects to climb. The scientists examined different plant bits, as well as glass and synthetic materials they’d made to mimic plant surfaces. Then they attached tiny harnesses to Colorado potato beetles (Leptinotarsa decemlineata) and measured the beetles’ traction against each of the different surfaces. It turns out that the best surface structure for repelling beetles has tiny folds just half a nanometer in length and half a nanometer in height. The folds reduce how much contact the beetles’ leg hairs make with the surface.

In addition, the biologists found plants’ surface chemistry didn’t matter to insect foot traction, just plants’ cuticle structure. Surface chemistry does matter for other material properties, such as how well they shed water.

The researchers are now working on making a prototype bug-shedding material, according to the University of Freiburg. They’re also thinking about how to make the material adapt to different species of insects, which have different leg hairs to attach themselves to surfaces. They published their completed work in the journal Acta Biomaterialia.