The cause and effect might not be so straightforward 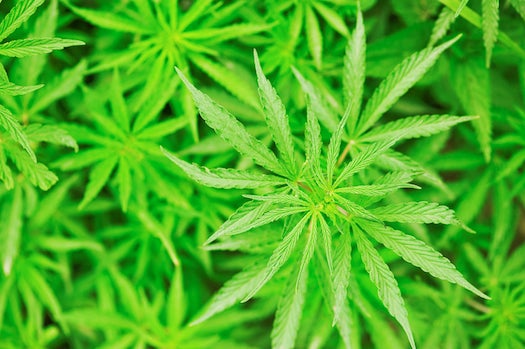 It’s well-known trope in movies and TV: the middle-aged burnout who smokes weed every day instead of finding a job. Now findings from a new study indicate that might not be pure fiction: frequent and heavy marijuana use over the course of years has been correlated to a drop in socioeconomic class and an increase in personal and financial difficulties. The study, published yesterday in the journal Clinical Psychological Science, was well done, but the reasons behind its conclusions are less clear than they may appear.

In the study, the researchers followed about 1,000 people from birth to age 38. All the participants were born within a year on each other in Dunedin, New Zealand, and were distributed among socioeconomic classes, sex, and health metrics. 93 percent of the participants were white. The researchers followed up with the participants 11 times throughout their lives; after age 18, the participants were asked about frequency of marijuana and alcohol use, social class mobility (ranked by profession and compared to that of their parents), financial difficulties (based on self-assessed appraisals of their personal finances), social behavior at work (self-reports of interpersonal problems in the workplace), relationship conflicts (quality of the relationship, history of abuse), and traffic convictions.

“Our study found that regular cannabis users experienced downward social mobility and more financial problems such as troubles with debt and cash flow than those who did not report such persistent use,” said Magdalena Cerdá, an epidemiologist at the University of California, Davis and one of the study authors, in a press release. “Regular long-term users also had more antisocial behaviors at work, such as stealing money or lying to get a job, and experienced more relationship problems, such as intimate partner violence and controlling abuse.” At age 18, those who went on to use marijuana heavily were no different from the rest of the cohort in their IQ, motivation, or impulsivity, indicating that many of these issues set in later.

Cohort studies like this one aren’t perfect, but this study accounts for a number of the factors that might throw off the conclusions, such as class and gender, and follows a lot of participants over such a long time that it makes their findings more robust.

“It is likely that those facing social and economic adversity are more likely than those who are not to turn to the use of legal and illegal intoxicants as a coping mechanism,” Paul Armentano, the deputy director of NORML, a lobbying group working to legalize marijuana, told the Chicago Tribune.

So, although this study is well done, it doesn’t tell us exactly why people use marijuana heavily later in life. As with most cohort studies, take these findings with a grain of salt.