Why Do Stars Really Twinkle? 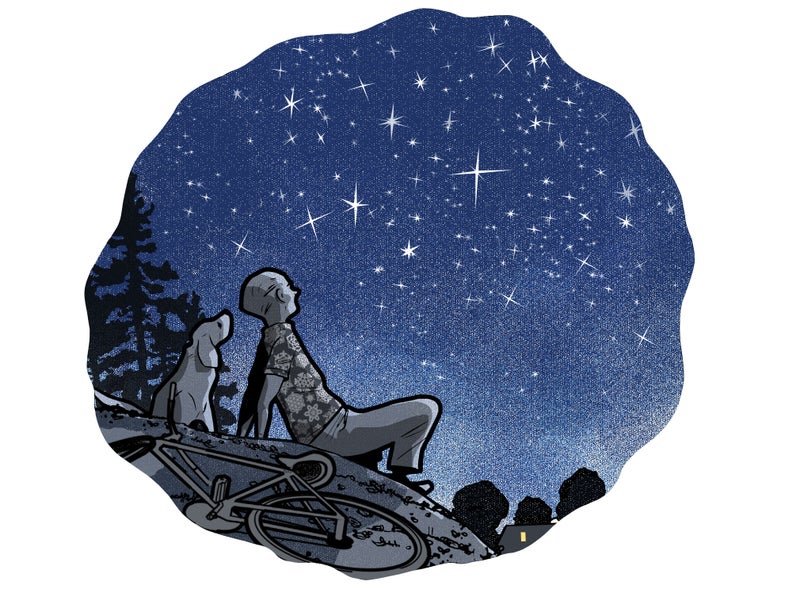 Aristotle reasoned that stars twinkle because people need to stretch their vision to see them, and that vision wavers. Centuries later, scientists guessed that stars spin like diamonds, twinkling as they turn through different facets. It wasn’t until the early 18th century that Isaac Newton determined Earth’s atmosphere was to blame. The question was how.

Today, the generally accepted explanation is “stellar scintillation.” Lorne Whitehead, a physicist at the University of British Columbia, describes it like this: A bright light, positioned far away, projects as a tiny point through the varying air densities of our atmosphere. Hundreds of these pockets act as lenses, refracting the light so that it moves like the light on the bottom of a swimming pool on a sunny day. The changing swells on the pool’s surface correspond to the turbulent shifting of our atmosphere.

Though this theory is widely accepted, John Kuehne of the University of Texas believes the “lens-and-prism” model gets it wrong: “Everybody forgot the wave theory of light!” he says. We shouldn’t think of starlight as a ray bending through the atmosphere, he says, but rather as a set of light waves that travel perfectly in sync. “The atmosphere puts wrinkles and crenelations into that wavefront,” he says, knocking light out of phase and creating random patterns of interference. Thus, twinkle.

But Whitehead says it isn’t necessary to complicate things in this way. “The ray model for light is a perfectly reasonable model for stellar scintillation,” he says. “It gives the same exact answer.”