Can You Smell The Difference Between Bourbon And Rye? 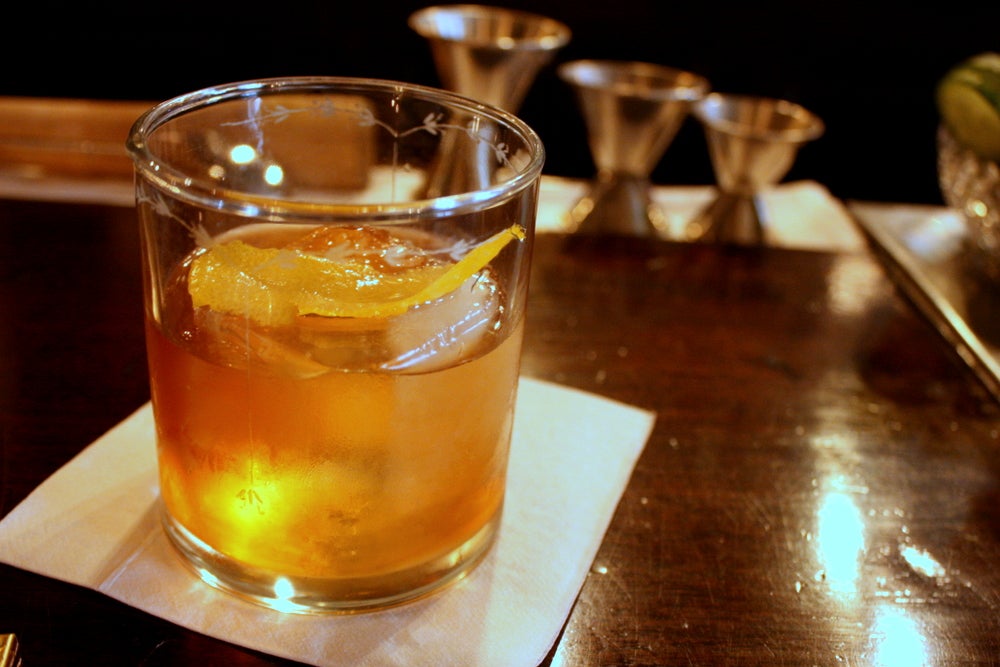 Whiskey aficionados will tell you that the flavors of bourbon and rye are miles apart. Bourbon is sweeter, making it the perfect main act in your Old Fashioned. Rye, they say, is spicier with more of a kick. But according to a new study, published last week in the Journal of Food Science, it’s not easy to tell the difference between bourbon and rye simply based on aroma.

The difference between bourbon and rye is in the grains from which the liquors are distilled—rye is made from predominantly rye grains (and the rest typically corn), while bourbon must be more than 50 percent corn (and the rest can be rye, or wheat, or both). The researchers from Drexel University wondered if this small distinction made the two drinks taste quite as different as people claim.

In the study, the researchers poured five bourbons and five ryes into unmarked cups and presented them to each of 21 participants. On three separate occasions, the participants were asked to determine whether the liquor was bourbon or rye based on its smell (they weren’t allowed to taste it).

The researchers note that they can’t definitively say from this study that the grain difference between rye and bourbon doesn’t play any role in how they taste, but “it appears that common claims to the effect that rye and bourbon whiskeys are fundamentally different products are probably exaggerated,” the researchers write.

But there are some caveats to their findings. Much of the distinction between rye and bourbon happens in the mouth—rye burns the throat a bit as it goes down, aficionados say—so it’s maybe not surprising that participants couldn’t tell the difference based on smell alone.

Still, these findings are in line with previous studies that have found that the chemical compounds found in rye and bourbon depend more on the facility where they’re made, not the ingredients in their mash.

In future studies, the researchers hope to determine how the mash ingredients might change other aspects of a whiskey’s profile, such as its mouthfeel.