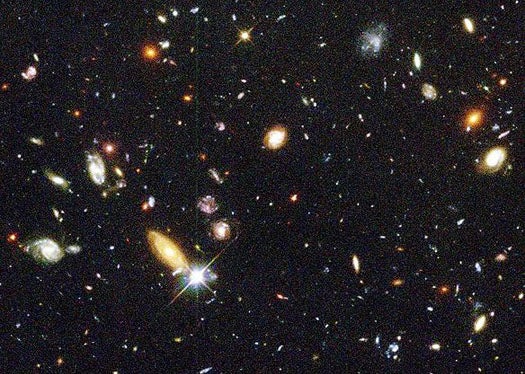 So how big is it really? A new mathematical analysis says its at least 250 times larger than the visible universe. Which is really, really big.

So Mihran Vardanyan at Oxford and a few of his colleagues did what outwardly seems obvious but is actually quite difficult: they averaged the results of all this data in the easiest way they could. Using a complex mathematical technique called Bayesian model averaging they found a way to constrain the complexity of the individual models themselves in a way that is much stricter than the constraints on the models themselves. In other words, Bayesian model averaging itself is complex, but it produces a simplified solution from complex models.

What is that simple solution? They found that the curvature of the universe is strictly constrained near a zero value, meaning the universe is likely flat. It’s also at least 250 times bigger than the Hubble volume, which is roughly the size of the visible universe.

Elegance in simplicity; what’s not to like? If you require more complexity, Vardanyan and company’s paper can be found at arXiv.