Yeah, I'm gonna take my files to my new NAS drive. I'm gonna store 'em 'til I can't no more. 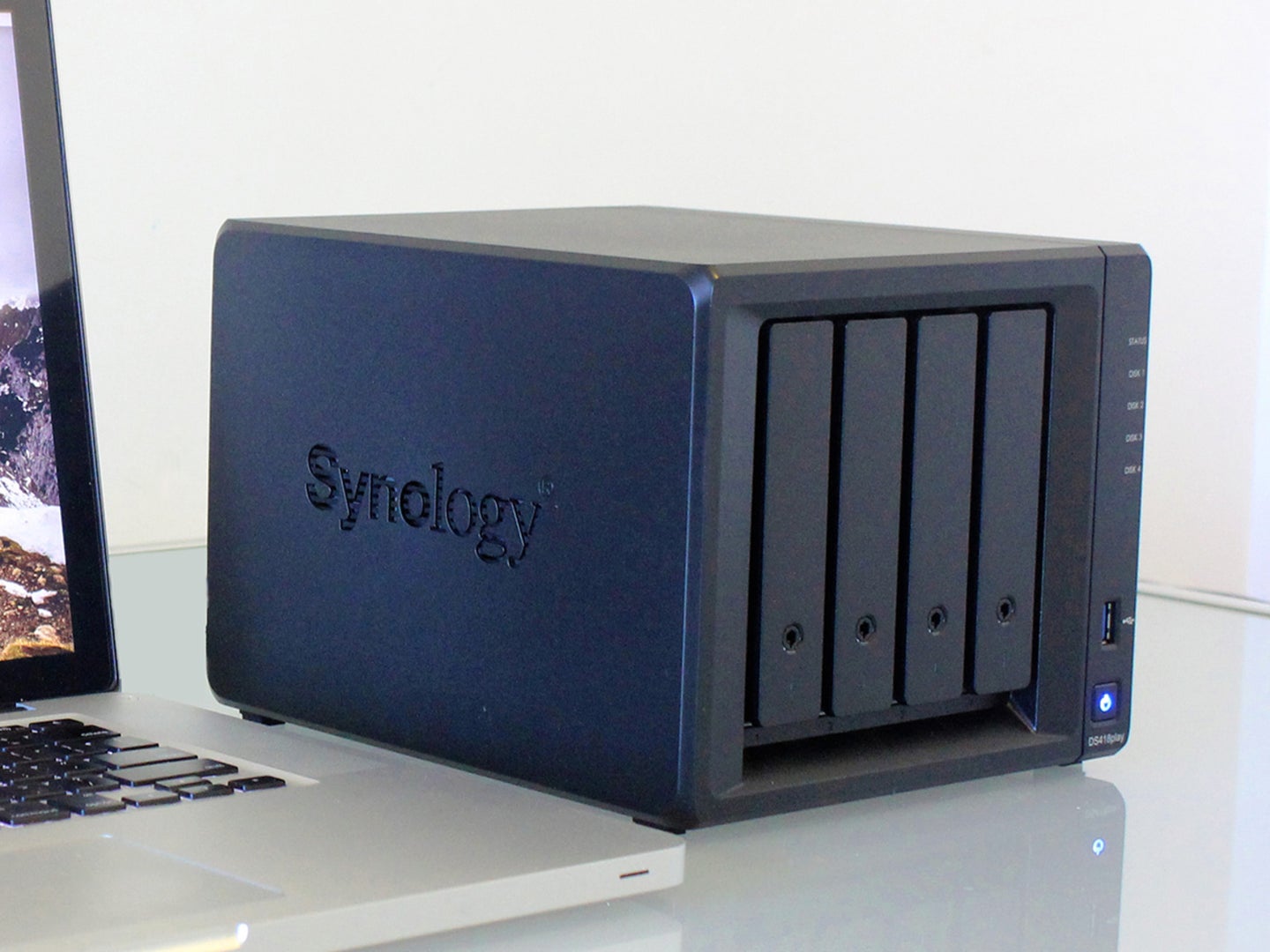 They don’t get as much attention as smart speakers or fitness trackers, but network attached storage (NAS) drives are still worth a place in your smart home.

Essentially, NAS drives are hard drives that connect to the web, making them extremely versatile and presenting a host of useful applications.

You’re probably familiar with the hard drive inside your computer that stores all your files, including the operating system that runs everything, the applications you use, and anything you create.

A NAS drive takes one or more of that type of hard drive and puts them in a separate enclosure that connects directly to the internet, typically via an Ethernet cable plugged into your router. It also has its own power source and some basic on-board components and software to handle the transfer of files to and from the device.

The main advantage of a NAS drive is that it’s accessible from anywhere on your local Wi-Fi network, meaning you can download and upload files with your phone, tablet, and laptop. It’s always on and always available. Most NAS drives let you access your files over the internet, too, so you can get at your data from the office or while you’re on vacation.

Another reason to get a NAS drive is the extra backup potential. Many of them come with multiple bays for multiple disks, so you can set up two disks stocked with the exact same data—technically known as a RAID 1 configuration. With this setup, if one drive fails, your files are still available on the second one. Alternatively, you could manage two disks as one large drive (RAID 0). Don’t worry if all this is starting to sound too complicated—the on-board software handles everything.

If this is the first time you’ve heard of NAS drives, a couple examples might give you a better idea of what we’re talking about. The My Cloud EX 2 NAS from Western Digital ($309 on Amazon) comes with either two or four disk bays, and can handle up to 20TB of storage. The specs—a 1.3GHz dual-core processor and 1GB of RAM—show this to be a mid-range NAS in terms of how how quickly file transfers and other operations, such as video encoding, will be carried out.

The Buffalo TeraStation 1200D NAS ($288 on Amazon) is similar, with two bays for disks, but it has a smaller maximum storage capacity of 8TB. The specs are slightly less powerful, too. You get a 1.2GHz dual-core processor and 512MB of RAM, but if you’re just transferring files, rather than streaming audio, for example, it won’t make much of a difference.

You might not be familiar with NAS drives, but Windows and macOS are. Once you’ve run through the installation process using the software that comes with your NAS, you’ll see it listed as a networked drive in File Explorer (Windows) or Finder (macOS). You’ll be able to transfer and edit files just like on any other drive.

Usually, you’ll be able to access files remotely over the internet through a web browser on the computer you’re connecting from, via a URL assigned to your NAS when you set it up. Mobile devices can connect this way too, or through the dedicated apps manufacturers such as Synology have built for Android and iOS to access their drives.

This might sound complex and technical, but when you actually start using it, it’s pretty straightforward. Modern-day NAS drives are built to be as user-friendly as possible, so most of the heavy lifting happens behind the scenes—you just get the benefits of networked storage without having to worry too much about the details.

One drawback is speed, because sending files to and from a NAS via Wi-Fi takes a few seconds longer than communicating with a drive that’s actually inside your computer. You won’t want to edit large files like photos and videos directly on your NAS, because these slower speeds can cause problems with files not opening or saving correctly. It’s better if you think of NAS drives more as long-term storage for files you won’t need to change often, but might want to access quickly.

You can buy NAS drives with hard disks already installed, or fit your own (either traditional hard drives or newer solid-state drives), but it’s best to go with those specifically designed to be used in NAS enclosures—the documentation included with the enclosure you buy should tell you the types of drive you’re looking for.

What they’re good for

A NAS is ideal when multiple devices—managed by one or several people—need to easily access the same set of files. Those might be photos, financial documents, or music files—whatever you need, it’s all in one place. Anytime you need to work on files in collaboration with other people, a NAS drive can come in handy.

A common use for NAS drives is video and audio streaming around the house. Plex is a popular software option for this, and works well from a NAS drive. Videos, photos, and music saved to your NAS can be beamed to any device around the home, or even streamed over the web.

This is when NAS drive specs actually do matter, because the audio and video you’re streaming might need to be encoded differently depending on the device you’re watching on. A NAS with more RAM and a faster processor will get this done more quickly and smoothly. If this use interests you, Plex has lots more information here.

If you often need to get at your personal or work files from remote locations, a NAS is an effective, straightforward solution. You can always access a home or office computer remotely, but that means you have to leave it switched on while you’re traveling. A NAS drive, meanwhile, will account for a much lower percentage of your electricity bill. Just make sure your NAS of choice has a remote access feature before you buy it.

To some extent, cloud services such as Dropbox and Google Drive have taken over some of the roles of NAS drives when it comes to sharing files between devices. Remember though, NAS drives often offer much larger capacities than cloud storage accounts, and they only require the upfront cost of the disks—you are not required to pay for another monthly subscription.