It can be so much more than just a box you drop your files in. 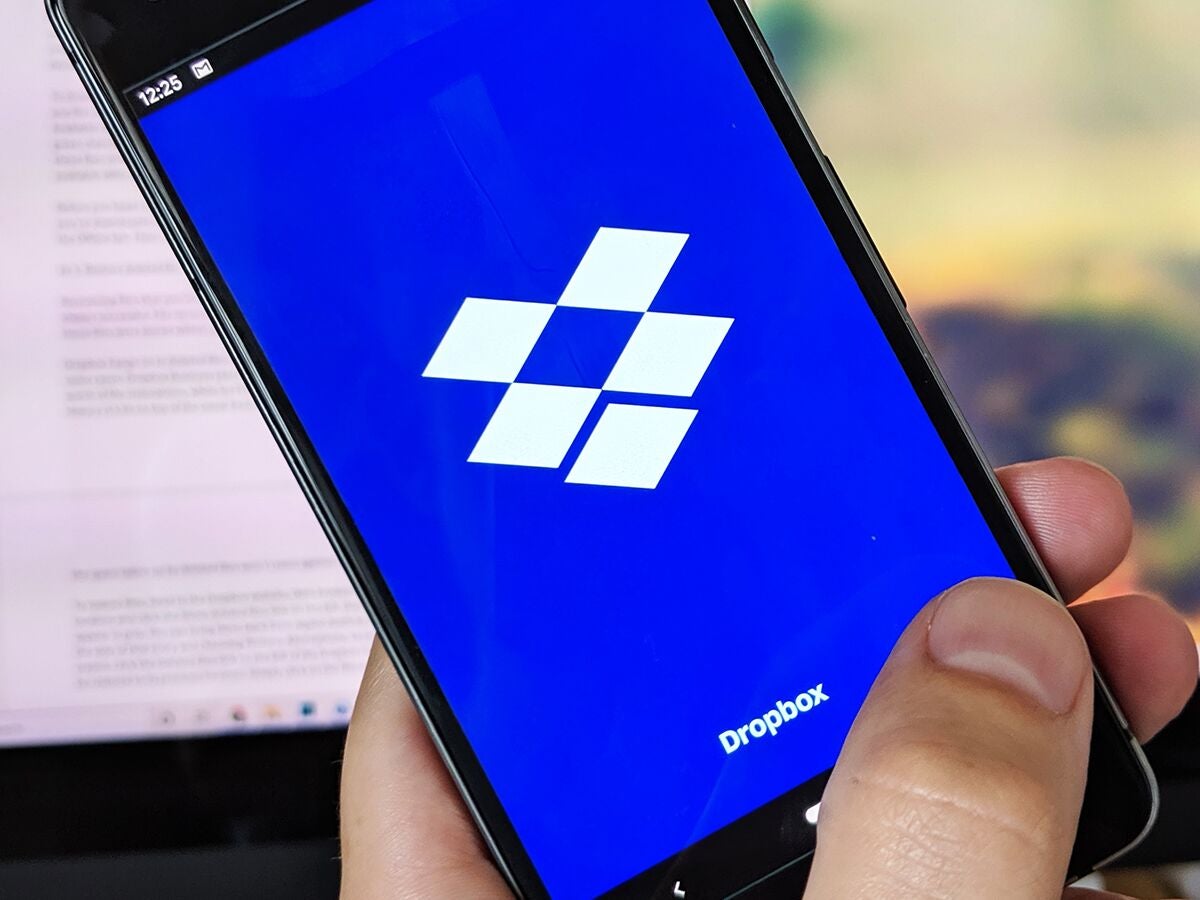 Since its launch in 2007, Dropbox has become one of the most popular platforms for fast and efficient file syncing between computers and the cloud. You can use it to keep files up-to-date across multiple computers, collaborate with other people, and back up your most important information. But are you really using Dropbox to its full potential? Up your storage game with these six advanced hacks for the app.

There are three types of Dropbox plans for individual users, with the main difference between them being the amount of available storage and the price. There’s the free plan (2GB of cloud storage), Dropbox Plus ($12 a month for 2TB of cloud storage), and Dropbox Professional ($20 month for 3TB of cloud storage). Of course, some features are only available as part of certain plans, so if your current tier doesn’t support some of these tips, we’ll tell you which ones do.

1. Keep certain files off your computer

By default, Dropbox will sync all the files you’ve stored in it to your computer. But if you’d prefer to keep certain files in the cloud and off your hard drive, you can sync just some of them. The basic version of this feature is called Selective Sync, and it can be a godsend when your computer is low on storage space. Instead of downloading and syncing all your folders, which can take up a lot of room, this feature keeps selected folders off your computer. Selective Sync comes in handy for storing large folders or files that you don’t use as much but still want to keep safe—like those 1,500 pictures you took on your vacation three years ago.

Dropbox will still keep those files safe in the cloud, and on any other machines where the app is installed. On some computers, you can choose not to store any Dropbox data locally, and if you change your mind, you can always undo your changes and start syncing everything again.

You can find the Selective Sync option in Dropbox’s desktop app for Windows, macOS, and Linux. Open the Preferences pane from the icon in the notification area or on the menu bar, then choose Sync and Selective Sync to pick your folders. Note that any new folders you add inside Dropbox will be synced to all your computers by default.

On that same Sync tab in Preferences, you can access the advanced version of this feature, called Smart Sync. It’s only available on the Plus and Professional plans, but it lets you move files and folders to the cloud while keeping their icons and thumbnails visible on your local hard drive—as soon as you open them, they’ll download to your computer. You can manage this process manually or automatically, and make older files online-only for you.

2. Save files to your phone

On your phone, Dropbox doesn’t work the same way as it does on your computer. The apps for Android and iOS don’t save and sync files to your device like the desktop apps for Windows and macOS do. Instead, they work like the Dropbox web app and show you your files in the cloud. Even when you open a file on your phone, you’re still viewing it in the cloud through a data connection rather than downloading it.

But what if you want to store files locally on a phone or tablet? Doing so would let you access your files while you’re traveling or otherwise can’t rely on a strong Wi-Fi or cellular connection. For those cases, Dropbox lets you save files to your portable devices for offline use.

To download these files, first open your Dropbox app. Tap the drop-down menu next to any file or folder, then hit the Make available offline option. The chosen files will sync to your phone or tablet, and a green checkmark icon will appear to confirm the download. Now you’ll be able to open these files with or without an internet connection. You can make up to 100 folders available offline, depending on the limits of your device’s available local storage space.

Importantly, before you head out on a trip or put your phone in airplane mode, make sure you’ve downloaded the very latest versions of your saved files. Open the app and switch to the Offline tab (on iOS) or choose Offline from the app menu (on Android).

Everyone deletes files by accident, and getting them back can be tedious, if not a complete failure. File recovery doesn’t always have a happy ending, but if what you’re looking to recover was stored in a Dropbox folder, you still have a shot.

Dropbox hangs on to deleted files and folders for 30 days under the free and Plus plans, and 180 days on the Professional plan. The good news is that the space taken up by those files won’t count against your total Dropbox storage, so there’s no penalty for having this safety net.

To get your files back, head to the Dropbox website, browse to the erased file’s former location, then click the Show deleted files link on the left. They’ll show up in gray, and you’ll be able to bring them back from digital death by clicking the three dots to the side of a particular entry and choosing Restore. Alternatively, click the Deleted files link on the left of the Dropbox interface to see files you’ve recently erased.

If you’ve signed up for a Plus or Professional account, you can access a supercharged version of this feature called Dropbox Rewind. It rolls entire folders or your entire Dropbox back to a particular point in time of your choosing—so your files go back to the way they were at 3 p.m. last Tuesday, for example. From the front screen of the Dropbox web interface, choose Rewind Dropbox to pick your date and folders.

4. Back up social media photos

Dropbox plays very nicely with If This Then That, or IFTTT, a web-based service that can link different apps and accounts together. You can use it to automatically post all your Twitter photos to Instagram, for example. But you can also use IFTTT to link some of your social media accounts with Dropbox.

IFTTT’s name is pretty self-explanatory. Once you create a free account, you can start setting up custom “applets”—programs that use a trigger (“if this”) to “then” execute a particular action (“that”). If you select Instagram and Any new photo as your trigger, and choose Dropbox and Add file from URL as your resulting action, your applet will take any new photo you post on Instagram and save it to your Dropbox account. You can also set up the applet so that only photos marked with a specific hashtag will go into your Dropbox. #blessed.

Here’s another helpful applet: choose Facebook and You are tagged in a photo as your trigger, and, once again, select Dropbox and Add file from URL as your desired action. Now, IFTTT will save all new Facebook pictures you’re tagged in from that point on straight to your Dropbox, provided you have permission to view them on Facebook.

Play around with the options on IFTTT to get an idea of all the different ways you can plug Dropbox into your social media accounts. It supports Facebook and Instagram, but also Twitter, Tumblr, Pinterest, and others.

Another benefit of storing files in Dropbox (or any other cloud service) is that it makes it easy to share files and folders over the internet. Everything you store in the cloud will have a direct link that you can paste into an email or send over social media. Given the right permissions, even recipients without their own Dropbox accounts can still click the link to view whatever you’re sharing.

If you’re worried about who might have access to your folders or files, Dropbox allows you to put expiration dates on the links you share, which will give you more control over your files. For example, if the link falls into the wrong hands after the expiration time has passed, your foes won’t be able to access your file. Just be sure to mention that the link is time-sensitive when you pass it on to the intended recipient.

To add an expiration date, click the Share button next to a file or folder on the web interface, then click Create link and Link settings. Pick an expiration date—you can set it to last a week, a month, or any custom time period you’d like. In the same settings dialog box, you can also add a password. This will further limit who has access to your file or folder, but it can complicate things if you’re sharing something with a lot of people. Setting an expiration, on the other hand, doesn’t add much friction at all.

At the time of writing, Dropbox is also rolling out a feature for all users called Dropbox Transfer. This lets you drop up to 100GB of files into one large bucket that’s ready to be shared with someone else—like a more capable version of email attachments.

6. Work with other people on Dropbox Paper

Dropbox has a basic word processor and collaboration tool attached to it that you might not have noticed. It’s called Dropbox Paper, and it’s available on the web, as well as through the official apps for Android and iOS. If you regularly work on projects with other people, you’ll likely find it a very useful feature.

It might initially appear basic, but just start typing. You can format text, drop in lists and checkboxes, and even add tables, timelines (simple calendars), and images. Everything works intuitively and it won’t take you long to learn the ropes.

Where Paper really shines, though, is in the ease with which it lets you collaborate with other people. Use the Invite box at the top to add other Dropbox users to a document. You can easily add comments and keep track of who has edited what with the labels assigned to each user.

You’ll be able to share documents via links over email, or publish them for anyone with a link to view on the web, and it’s a really effective tool for getting people on the same page—literally. Paper can adapt itself to all kinds of uses, whether you’re putting together a meeting agenda or trying to plan a wedding with the whole family.