But the Mexican supercar is not yet available in the US 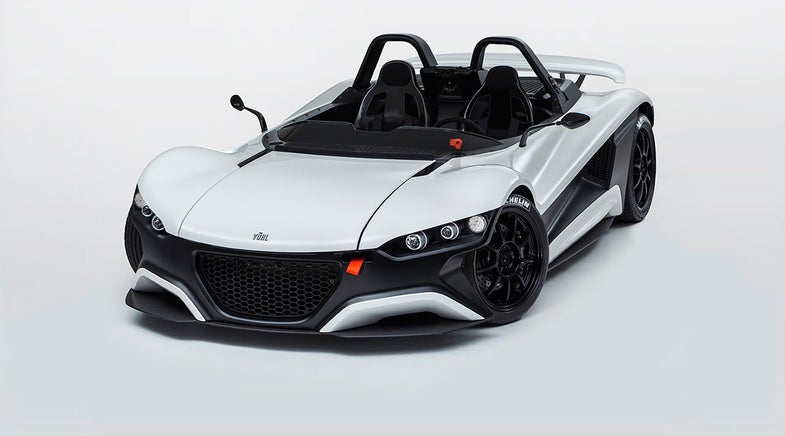 Building cars in Mexico is nothing new; Volkswagen, Nissan, and Toyota all have plants south of the border. But building sports cars in Mexico is less common, and right now the Vuhl 05 has that stage pretty much all to itself. (To put a fine point on it, the car was designed and assembled in Mexico, with the body being manufactured in Canada and about 40% of its parts coming from the United Kingdom.)

The 05 has got the sports car cred: full carbon fiber bodywork available, aluminum chassis, a 285-hp turbocharged Ford EcoBoost engine, and a weight of just over 1500 pounds (695 kg). Vuhl reports the 05’s lightweight turbo engine makes for a 0-60 mph time of 3.5 seconds, which seems sports-car worthy. It has an aggressive, open-cockpit design, much like the Ariel Atom. It’s even got a sporty acronym for a name: Vuhl stands for “Vehicles of Ultra-lightweight and High Performance.” The 05 will be put to its first sporting test in the public eye on September 5, when it takes part in the Brighton Speed Trials.

That’s the good news. Now for the bad: the Vuhl 05 isn’t quite ready for sale in the States yet. The first 05 was delivered to “an arch Mexican enthusiast,” according to a company press release, with sales in the United Kingdom to follow this month. Orders have been placed in the Middle East, and Vuhl expects to ship those cars over later this year.