This is why we can't have nice things 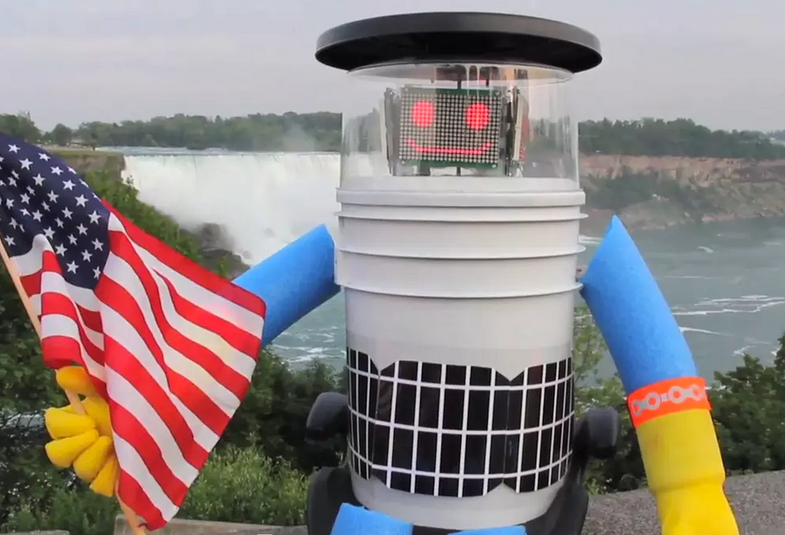 Friends, robots, countrymen, lend me your ears. I come to bury HitchBOT.

HitchBOT, the sweet, vulnerable, hitchhiking robot that was trying to make it from Massachusetts to San Fransisco met an early end to his cross-country journey. It was rudely awakened from its American dream when it was attacked and vandalized beyond repair after only two weeks of his trip.

Attacking a defenseless robot? This is how the robot apocalypse starts, people.

And where could such a hideous, wanton act of destruction have occurred? Philadelphia, the city of brotherly love. HitchBOT’s friends and creators in Canada were sent an image of its vandalized robot body. The location of its remains can’t be determined at this time, as the battery powering the GPS is missing.

Outlets reported that there was a surveillance video purportedly showing the incident, but it turned out to be faked.

HitchBOT survived a similar trip across Canada and other trips in Germany and the Netherlands without being harmed. In a statement on hitchBOT’s website, his friends said:

Even though its body has not been located, HitchBOT lives on with his Canadian friends.

This post has been updated to include that the video purportedly showing the robot murder was faked.