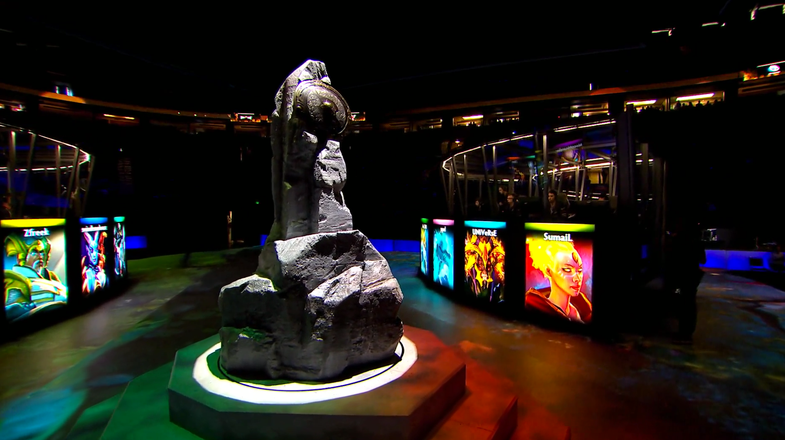 A view of The International 2015 stage, as Evil Geniuses are about to play Complexity. YouTube/ Screenshot
SHARE

It’s an incredible time to be alive for gamers. Yesterday, Valve CEO Gabe Newell kicked off The International 2015, a five-day e-sports tournament with a $18 million dollar pool. In the past five years, Dota 2, a multiplayer online battle area video game, has become the most lucrative e-sport ever. These tournaments lend immense credibility to the world of e-sports, even leading ESPN 2 to broadcast the finals of Blizzard’s Heroes of the Storm earlier this year.

The International 2015 is taking place now, and 16 teams will continue to battle it out until Saturday, August 8. The first place team will make more than $6 million dollars, which isn’t bad for a tournament where some of the best players can be 16 years old. The tournament takes place at the 17,000-seat Seattle Center in Seattle, Washington, but most people will be watching online.

The easiest ways to watch the insanely addicting gameplay is on Twitch or Youtube. WatchESPN is also streaming the tournament, as well as Steam Broadcasting. At time of writing, the Twitch stream is being watched by about 190,000 people, and has 48 million total views—so there’s no doubt this is a huge event.

For those who might not be familiar with Dota 2, there’s a very helpful (and must less-viewed) newcomer stream, where two commentators will break down everything you might not understand. With Twitch’s comment section you can also ask questions about the game. Since the audience on the newcomer stream is so small, there’s a good chance the commentators will address your question during the livestream.

If you want a more communal experience, there are events and meetups all across the country to watch the tournament. If you want to see Dota 2 on the big screen, Fathom Events is hosting a 6-hour long livestream on Saturday at dozens of theaters across the United States. “Pubstomps” are also being held across the world, so could watch your favorite teams battle it out with a cold drink in your hand. There will be 53 in the United States, but even more in the “Russian Federation,” which will house 57 pubstomps. Those in Latvia, Zambia and Sri Lanka might have to travel, because only one is being held in each of those countries. Belarus will luckily have 5 locations.