The typical American is driving less and less every year 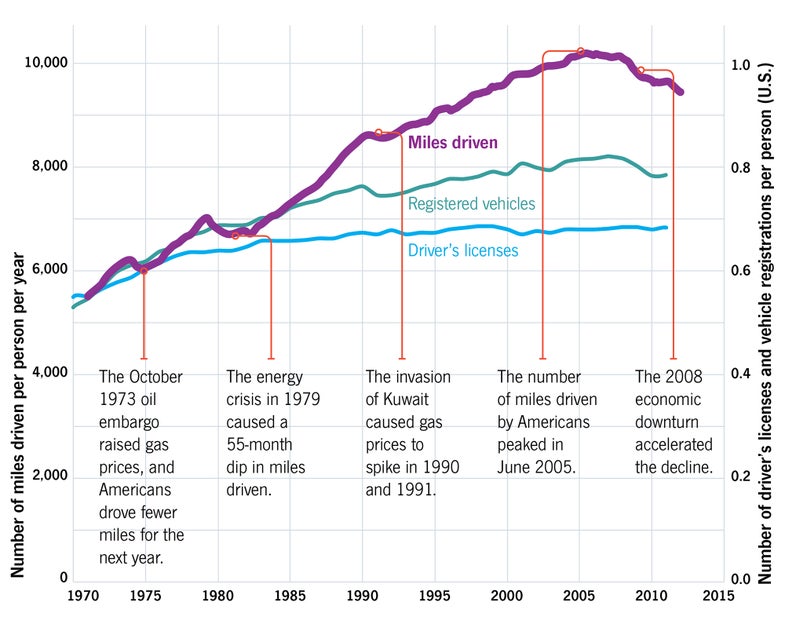 Since the country hit “peak car” in 2005, Americans are now driving the same number of miles they did 15 years ago. That’s the longest downward trend recorded. A weak economy, growing urban populations, rising fuel prices, and lower interest in cars among younger drivers have all contributed to the decline. Worldwide, the number of miles driven per person is still growing fast in China, but developed markets such as Australia, France, and Japan have also peaked and fallen. “The trend has been pretty dramatic,” says analyst Doug Short about the U.S. data. “But I think we are eventually going to see it level out.”