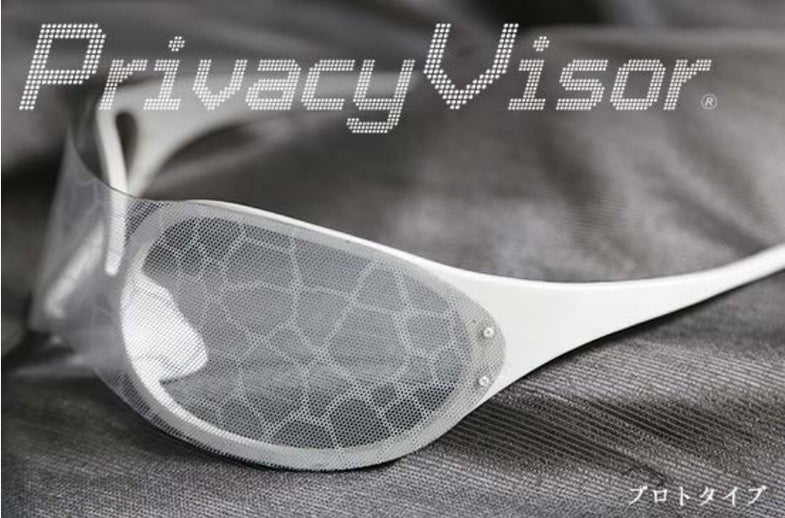 Computers are really, really good at recognizing faces. Refined through work on millions of uploaded and tagged faces at sites like Facebook and elsewhere, algorithms that identify faces can place people in locations based just on a photograph. Sometimes that’s helpful, like figuring out who that obscured groomsmen is in the back of a wedding picture. For people who don’t want to be found, or just enjoy the previously unquestioned ability to travel without being tracked, facial recognition poses a risk. As a solution, Japan’s National Institute of Informatics (NIII) created glasses that make faces unreadable to machines.

First question: will fashion accomodate the technology? It’s hard to conceal a face when it requires a style of glasses that no one else is wearing. Two previous prototype made by NIII used either near-infrared light or reflectors to fool the cameras into not seeing a face, but they looked super dorky. Check them out below:

The new glasses seem to no longer have that problem, resembling the kind of wrap-around sunglasses favored by everyone from security contractors to extreme sporting enthusiasts. Instead of the electrically powered near-infrared lights of the earlier visors, these glasses use an unspecified novel material to absorb and reflect light, as well as angles and patterns on its lenses. Tests with smartphone cameras showed that the glasses fooled facial recognition 90 percent of the time.

Previous attempts to hide faces from computers have resorted to eye-catching makeup or dangling lights from baseball caps. While previous concepts have made for fashion-forward face concealers, NIII’s PrivacyVisor is getting ready for mass production. If all goes as planned, they’ll be on sale next June at a price of around $240.