Who’s checking if your vitamins and supplements are safe? 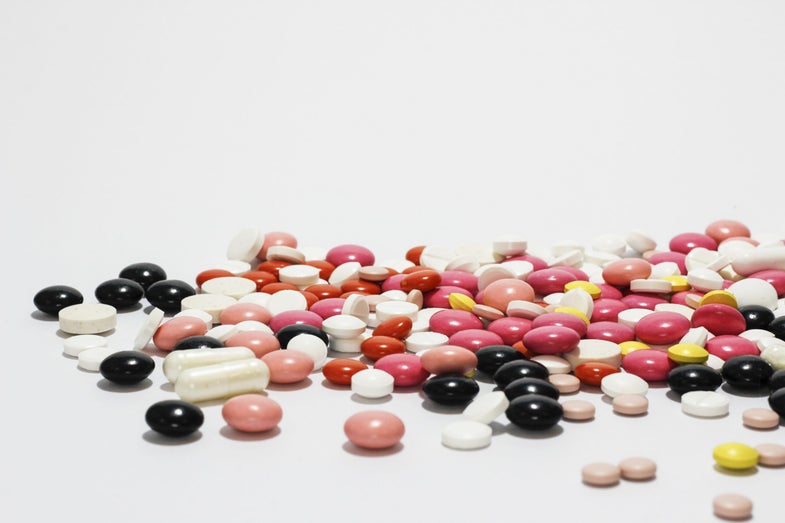 Alice arrived in Wonderland and promptly downed a vial that said “drink me,” and we can probably all agree she was being a bit of an idiot. Magical land or not, she’s a child, she has no idea where that conveniently placed tube came from, and come on—“drink me”? That’s in the textbook definition of “gullible.”

But if we’re being honest, is taking a supplement you bought at the drug store any smarter?

The bottles don’t say “swallow me,” but they might as well. Instead they’re emblazoned with promises. The yellow ones will make you stronger. Red will increase your energy levels. Purple will heal your scars. It’s a veritable rainbow of cures. They offer quick and easy solutions in a way that medicine can’t—because medicine is bound by evidence. Supplements aren’t.

Which is why every 24 minutes the U.S. Poison Control Centers get a call about bad reactions to supplements. That’s 274,998 exposures from 2000-2012. Those numbers come from a recent study in the Journal of Medical Toxicology, but the idea isn’t new: Supplements aren’t likely to kill you, but they’ve never been particularly safe either. And the companies producing them have shockingly little oversight.

From 2005 to 2012, the rate of reported dietary supplement exposures increased 49.3 percent. Homeopathic cures and ma huang-containing pills were responsible for most of that uptick. Homeopathy is the line of thinking that says if you take a solution of water and an active ingredient, then dilute it many times over until the active ingredient is no longer detectable, the water somehow retains the memory of the active ingredient and will have some medicinal effect on your body. There is absolutely no evidence to support it. Ma huang is a plant extract that contains ephedrine and pseudoephedrine, which stimulate your nervous system and can be deadly.

Between the two of them, homeopathy and ma huang account for a large chunk of the total adverse outcomes related to dietary supplements. The problem is that we’re only finding this out years after they’ve happened.

The FDA is literally not authorized to evaluate a supplement’s efficacy or safety. It’s up to the manufacturer to make sure their product is safe and as effective as they claim. They’re also tasked with policing themselves to ensure the supplements aren’t contaminanted. This near total lack of oversight means that a huge fraction of botanical supplements either contain an entirely different active ingredient from what they claim or contain a filler like rice powder.

One study of the supplements sold at GNC, Target, Walgreens, and Walmart found that four out of every five products didn’t contain the ingredient they claimed. In cases where you just get filler, all you’ve done is waste your money. But what if those pills contain allergens that aren’t listed on the package? Or if the secret active ingredient interacts with another medication you’re taking? If you don’t know what’s in your supplement, you could get sick and have no idea why.

That’s why there are reporting tools to tell the FDA—or poison control—when you have an adverse outcome. The trouble is that lots of people don’t. The FDA estimates that some 90 percent of adverse reactions go unreported. Some people report the problem straight to the company, who are supposed to self-report to the FDA. But it’s basically an honor system. One shampoo company got tens of thousands of complaints and never passed a single one on to the FDA. It wasn’t until people whose hair started falling out complained directly to the FDA that they realized the problem (though it’s worth noting that shampoo hasn’t been definitively proven to cause hair loss).

Between under-reporting and self-policing, there’s plenty of room for supplement companies to shirk best practices.

When you stand in the supplement aisle in the drug store, you’re faced with decisions. How do you choose between the generic store version and that all natural herbal option? Every supplement company out there has invested time and money into making their packaging look appealing. They want you to trust them. They want that lovely green label to say “this is natural and harmless.”

It can be hard to ignore that psychological effect. And regardless of which brand you pick, if you have a weird reaction you’re probably not likely to tell anyone. Even if you mention it to a friend, you’ll probably chalk it up to a personal issue—maybe your gut is just finicky, or the pills contained an ingredient you’re slightly allergic to.

This is why it’s hard for deceptive companies to get caught. You’re not likely to tell your doctor if that echinacea tablet you had last month seemed to give you a stomach ache, and you almost certainly won’t report it to the FDA. Because it’s easy to think of supplements as safe by definition. They seem like a medication, and medications have to be approved before they’re sold. And in addition to that veneer of medical approval, supplements are also gilded with supposed wholesomeness. After all, when is the last time you thought twice about taking some Vitamin C? It’s all natural.

But it’s important to remember, as you stand in that drug store aisle, that almost none of the products before you were tested by any kind of regulatory agency. The only way the FDA will test them is if people start having problems—and start complaining.

What you can do to stay safe

You often can’t be 100 percent sure that a supplement is safe. Even if you have a way to test for the claimed active ingredient—which you probably don’t—you’d be hard-pressed to test for other potential contaminants.

But there is one good option. The United States Pharmacopeial Convention runs a voluntary testing program for supplements, testing vitamins and supplements to ensure they actually contain what they claim to in the amounts listed. Plus they test to make sure the products are contaminant-free and made with clean, safe manufacturing practices. They maintain a list of all the supplements that are certified on their website, and it contains shockingly few brands. It’s basically just NatureMade and Costco’s Kirkland Signature brand. You can also look for their USP certified label on the supplement itself.

Apart from that list, you’re in the wild west. Melatonin pills might as well be sugar tablets and echinacea drops could easily be herb-flavored water. Drink me.