10^32K was created to understand technologies that endure extreme heat 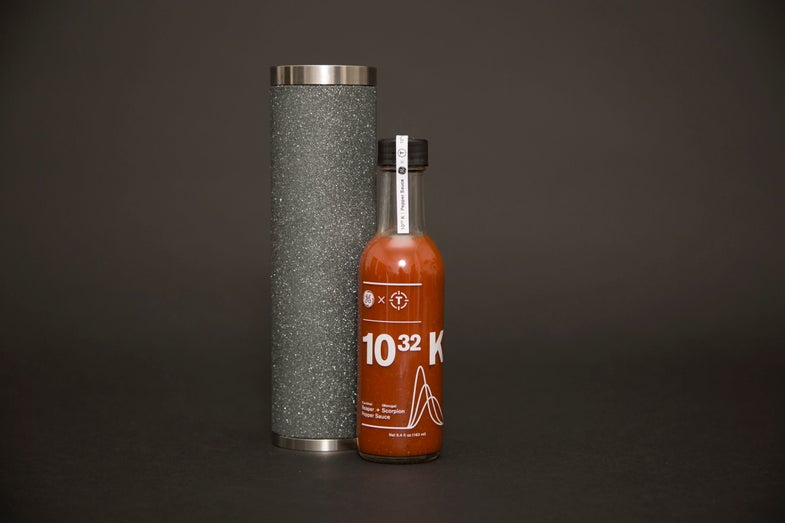 General Electric (GE) is known for creating technologies that can withstand thousands of degrees. To help the world better understand the stress those technologies are under, the company created a limited edition hot sauce called 1032K, named for the absolute hottest temperature (in Kelvin) at which matter can theoretically exist. The company only produced 1,000 bottles, all of which sold out shortly after it was announced. And earlier today, Todd Wetzel, Thermal Systems Technology Leader at GE Global Research, joined Popular Science editors Xavier Harding, Dave Gershgorn, Sophie Bushwick and Thomas Payne, as well as Saveur editor Amanda Arnold, to explain the science of 1032K. Also, to see if our editors can stand the heat. Watch what happened in the video above.