Mod Your PC for Triple Boot: a PC for All Seasons 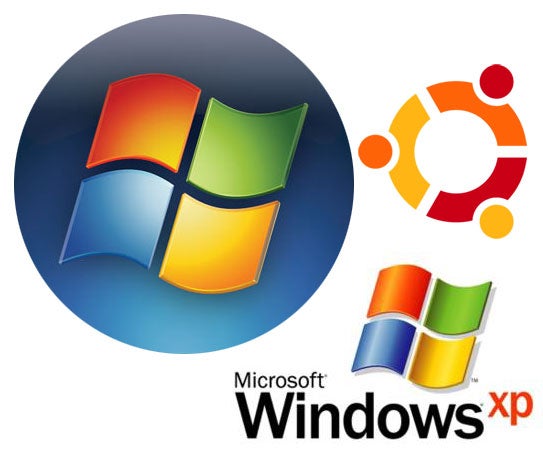 Lucky you; you just received a brand new shiny PC for your [fill in the occasion: birthday, anniversary, graduation, holiday]. Unfortunately, your new rig almost certainly came preinstalled with Windows Vista, and you’ve got a ton of legacy software that require an older 32-bit Windows OS for operation. What’s a poor Vista PC to do?

Simple: simply install Windows XP which, with a little love, can coexist peacefully with your Vista install. Plus, while you’re at it, why not install one of the many Linux distros that are available for Intel-based PCs for added compatibility and power. In other words, mod your PC into a triple boot super PC. Before we begin, however, this important word of caution:

Before you begin this project, follow the PC manufacturer’s instructions for making a set of recovery discs. Please note, these recovery discs are not Windows Vista installation discs. They only enable you to boot/recover a PC that will not boot.

Oops, “I’m missing approximately 5-10Gb worth of hard disk space. Where did it go?” It’s all there, just hidden from your view. Most pre-installed Windows Vista PCs have a hidden “restore” partition built-into the hard drive. If you’re an advanced user, you can try to use various partition tools, like ptedit32.exe, for exposing this hidden partition.

De-fragmenting your disk may also help free up some space for shrinking, as certain system files can often be scattered throughout a drive’s empty space.

Ubuntu is a popular and user-friendly Linux flavor that can be downloaded free from ubuntu.com and burned to a disc (inexpensive install DVDs are also available for purchase).

Install Ubuntu in the two Linux partitions that you created in Step 2, and when it’s finished, reboot your PC. During boot, the Linux boot loader, Grub, should be launched. Grub displays a menu for selecting which OS to boot (you may have to hit the escape key right after your computer restarts to access this menu). Grub’s list should contain both Ubuntu and Windows Vista/Longhorn. Select both options and make sure that both OSes boot properly. Note that your new Linux partitions will not be visible in Windows Vista.

As you’ll see later on, we’ll have to install Linux again after Windows XP. This initial install is to make sure the Grub bootloader is there pre-XP, and to insure that your Linux partitions are correctly formatted. 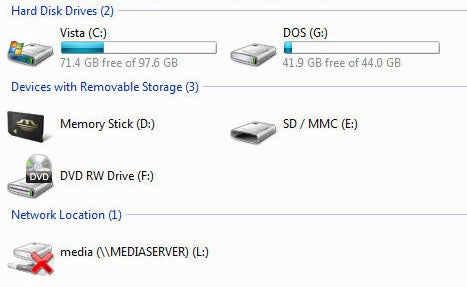 The two Ubuntu partitions are not visible in Windows Vista. Also, the Windows XP partition is named “DOS,” in my example.

Most new computers ship with serial ATA (SATA) hard drives, the current standard for maximum speed and efficiency. Being an older OS, Windows XP does not recognize these newer SATA drives by default. In this case, we must locate and install XP-compatible SATA drivers.

Upon installing from your XP CD, if you receive a blue screen during setup with the warning: “Setup did not find any hard disk drives installed in your computer,” then you must manually load SATA drivers for your computer.

Some computers might have a BIOS setting that can be toggled for configuring your SATA ports. Lacking a BIOS setting, however, the best and easiest method for loading SATA drivers is via a good old fashioned floppy disk drive setup.

While some have managed to install SATA drivers via CD, the methods for doing so are far more complicated than simply biting the bullet and buying (or borrowing) a cheap external floppy drive. One suitable low-cost option is the external USB LaCie Pocket Floppy Disk Drive, which will run you $25 and will install Windows XP drivers on a Sony Vaio.

Using our Vaio PC example, search for your SATA driver at Intel. Our Sony Vaio uses the Intel ICH8M SATA AHCI Controller. These links will help you find the correct driver for your particular machine, if necessary:

Help, My Floppy Drive is a B not an A: Using an external USB floppy disk drive and sometimes result in a disk drive being labeled B instead of A, which can throw off some BIOS software. If this happens to you, try remapping a floppy disk drive letter assignment with this simple Windows Registry modification:

Load the Windows XP installation disc, connect the USB floppy disk drive, restart your PC, and boot from the installation disc. At the opening Setup “blue screen,” press F6. This will enable you to manually load the Intel drivers from your floppy disk later in the setup process.

Setup will pause and prompt you to install extra drivers. Load the Intel driver diskette into the floppy disk drive and select the name of your PC SATA controller. Beware that Setup might try to guess which driver to load. Go ahead and try this suggestion. If it doesn’t work, just restart your PC and try another driver.

This dilemma is fixed with VistaBootPRO. You will also need to install Microsoft .Net 2.0 Framework inside Windows XP prior to using VistaBootPRO. 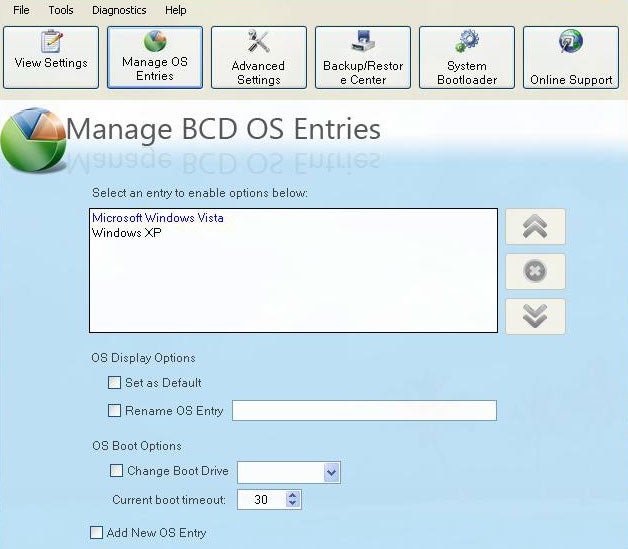 The Windows Bootloader selection screen should appear with choices for Windows Vista and Windows XP. Be forewarned, Windows XP will not boot, yet. We will have to fix it in Step 8. Now it’s time to recover your Ubuntu installation.

Insert the Ubuntu bootable CD or DVD and restart your PC. Press F4 and select your video option, then select the option “Start or install Ubuntu.” Be very patient with this step. It could take several minutes before the Linux desktop appears on the screen.

Double-click the Install drive icon. Following the instructions for re-installing Ubuntu over the exact same two partitions that you created in Step 3. Reboot your PC and select the Unbuntu OS from Grub for booting.

Inside Ubuntu, launch Terminal (goto the Applications menu, under Accessories, and select Terminal) and type:

Now edit the bottom entry that reads “Windows Vista/Longhorn.” Change it to read something like: Windows OSes. Save the menu.lst file. Then type this command inside Terminal:

Press Enter, exit Unbuntu and restart your PC. Grub should now allow you to jump to the Windows boot menu where Windows Vista and Windows XP are available for launching. Try the Windows XP option. 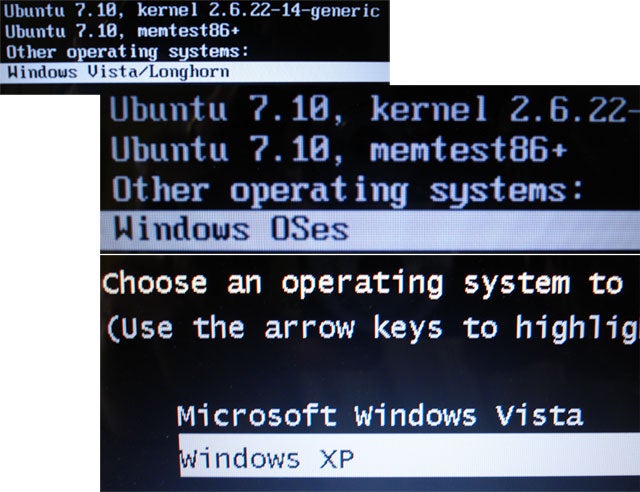 More than likely, the Windows XP bootloader has become corrupt or missing. This AWOL feature can be easily corrected by booting with Windows Vista. In Vista, insert the Windows XP installation disc and copy the files: NTLDR and NTDETECT.COM from inside the i386 folder on this disc to the root folder of your Windows XP partition. Remove the disc and reboot your PC.

Ta-da. Now upon starting your PC, you should see Grub with Ubuntu listed and an entry for Windows OSes. Select the Windows OSes entry and you are whisked to another boot menu that lists Windows Vista and Windows XP. Go ahead, punk, make your day; select an OS, any OS. You now have three to choose from—all on the same PC. Ain’t choices wonderful?