Stigma doesn't help keep us healthy (but safer sex does) 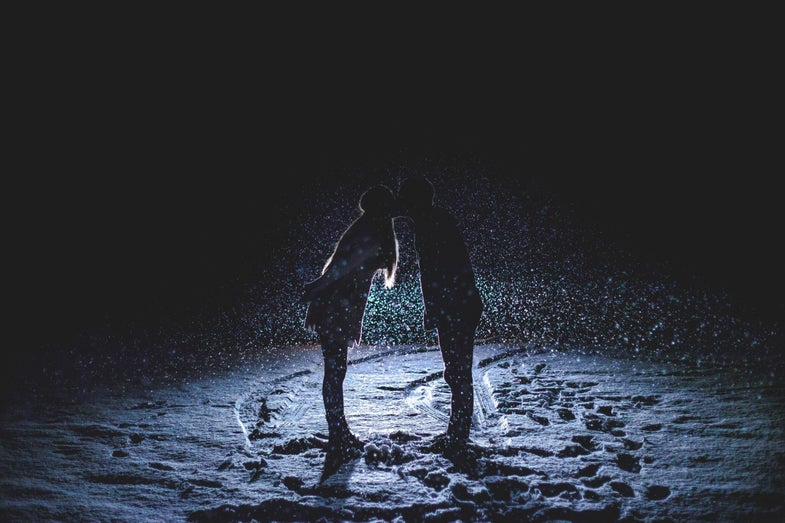 Love is in the air, my friends. And you know what else is in the air? A whole world of bacterial and viral infections just waiting to make themselves at home in your vulnerable mucus membranes. Sexually transmitted infections (STIs) aren’t gross, yucky, a sign of poor judgement or character, or even all that uncommon. In fact, if you have sex, you’re probably going to end up getting one. You’re literally more likely to get one than to never get one. You might even have one right now and not know it. And that’s not the end of the world.

What in tarnation is an STI?

It all hinges on the definition of disease:

Diseases are supposed to impair normal bodily function, and usually involve some kind of symptom or another. Infection is a broader term: it just means that a virus, parasite, or bacterium has infiltrated your system and set up shop there. Sometimes STIs can impair bodily function and/or produce symptoms, but they very often do not. Most sexually transmitted infections go totally unnoticed. Do you get that this is about to be important? It’s about to be important.

You probably have an STI (and it’s probably herpes)

You don’t have an STI, because you know you’re not covered in oozing sores. Right? Wrong.

Nearly all sexually transmitted infections are capable of going incognito—some will lie dormant for a year or so before making you sick, and others will never make you sick at all. Nearly all men and women with chlamydia are totally asymptomatic, while most women and about half of men who acquire gonorrhea will go symptom-free. Syphilis (which, contrary to popular belief, is not a thing of the past) can sometimes be totally asymptomatic—or at least stay hidden until the late-stage of the disease starts to rot your brain. Most men never have symptoms when they pick up the parasite trichomoniasis (“trich”), and HPV patients are often wart-free. Hepatitis B can feel like the flu, and even HIV symptoms sometimes take as long as a decade to make themselves known. HSV-1 and HSV-2, known as oral and genital herpes, are mostly asymptomatic.

Let’s unpack just that last one to put STI stigma into perspective: Herpes has been the butt of jokes for decades.

But not forever. Just for a few decades. And it’s not like herpes is a new thing—Ancient Greek scholars described its symptoms in detail. But in the 1970s, pharmaceutical companies came out with an anti-viral drug designed to treat the chronic infection. And if you want people to buy a drug designed to treat a largely asymptomatic, usually harmless infection, you have to make that infection seem real scary. Many researchers blame ad campaigns from the 1970s and ’80s for creating herpes’ nasty reputation.

The truth is less sexy (or maybe more sexy, depending on your perspective). According to the World Health Organization, over two-thirds of the global population have HSV-1 (commonly known as oral herpes or cold sores) and more than 10 percent have HSV-2, or genital herpes. Rates are much higher in urban areas. And in one New York study, 90 percent of HSV-2 positive patients had never had symptoms and never been tested.

This isn’t surprising, because the virus lives insidiously inside nerve cells, hiding from the immune system and popping up to occasionally to cause blister outbreaks—or not. For most people, herpes is no big deal, health-wise.

But wait, you say, I have the good HSV. HSV-1 is just cold sores, and a cold sore isn’t a herpetic blister of doom! But you’re wrong again. HSV-1 tends to prefer living in mouths, while HSV-2 prefers living in genitals. But they’re not total homebodies. In recent years, there’s been a sharp uptick in young people with HSV-1 who experience genital outbreaks instead of oral cold sores. This is likely because they had their first exposure to the virus by way of oral sex instead of a friendly smooch from a relative. So if you think “herpes” is icky but have had sex without warning a partner that you sometimes get cold sores, you get to wear the cone of shame for the next couple minutes.

And even if you never get to join the herpes club, chances are decent that you’ll encounter some STI or another: More than half of all humans will have an STI at some point in their lifetime.

Studies have repeatedly shown that folks who buy into STI stigma—the idea that they’re gross, or that people who get them are immoral or dirty—are less likely to get tested for STIs. So by carrying on in willful ignorance, you may unconsciously be encouraging yourself to avoid diagnosis and treatment for any STIs you might have. And by spreading the hate around, you’re making it more likely that other people—including ones you might sleep with one day—will feel flippant or ashamed about sexual health screening.

And then there’s the whole matter of empathy: it goes without saying that a culture of STI stigma makes people feel pretty cruddy about getting them. And for someone who has to live with a chronic STI—HSV, HIV, Hepatitis B, and some cases of HPV—that cruddy feeling might not ever go away. And that’s pretty dumb, because those people can tooooooooootally still have sex. Responsibly. For real.

How to avoid getting an STI

None of this is to say that we should shrug our shoulders and give up on controlling the spread of sexually transmitted disease. While it’s true that many people who pick up an STI will live blissfully ordinary lives regardless, there are exceptions: Zika can cause miscarriages or severe developmental problems. A woman who acquires herpes during her pregnancy might not be able to give birth vaginally without putting her child at risk of infection—which is very dangerous for an infant. While HIV treatment has progressed marvelously in recent years, it can still progress into AIDS if left unchecked. Gonorrhea can turn into an antibiotic-resistant infection. Other STIs can lead to infertility, even if they never display symptoms. And then of course there’s the small, lucky bunch of patients who will get hit with the textbook version of their STI and have to put up with painful sores or disquieting discharge.

Knowledge is power, and consent is important

Let’s go back to herpes as an example (since it is, after all, everyone’s favorite STI). According to research, women with HSV-2 who don’t have active blisters have just a 4 percent risk of transmitting the virus to a male partner during intercourse. Oral sex is much less risky, though there isn’t a lot of data on the particulars. Men carry a 10 percent risk of transmitting HSV-2 to a female partner during intercourse, and condoms cut the risk in half in both cases. Plus there’s research that indicates the daily use of anti-viral therapy can cut risk in half again. Still, the only way to avoid a “whoops, I gave you herpes” conversation is to make sure they’re okay with the minor risk—and understand what herpes is and isn’t—beforehand.

And herpes is exceptionally easy to transmit, as far as STIs go, since it relies on skin-to-skin contact instead of bodily fluids. Most STIs are basically a non-issue if you use a condom correctly (hint: the 15 percent of you who remove condoms before sex is over are not using condoms correctly). And since you’re obviously going to go get tested and insist all your partners do the same, you’ll knock that crap out with antibiotics before sleeping with anyone new anyway. Right? Right. Of course. Please.

So as you go out into the world to enjoy a day of smooching, remember: Get screened for STIs regularly, talk openly with all your partners about STI status, and use protection to make the sex you have safer. But if you have a run-in with an STI, don’t be a jerk about it—you’re not doing yourself or the rest of us any favors.