Female athletes have certain advantages when it comes to endurance in sport. 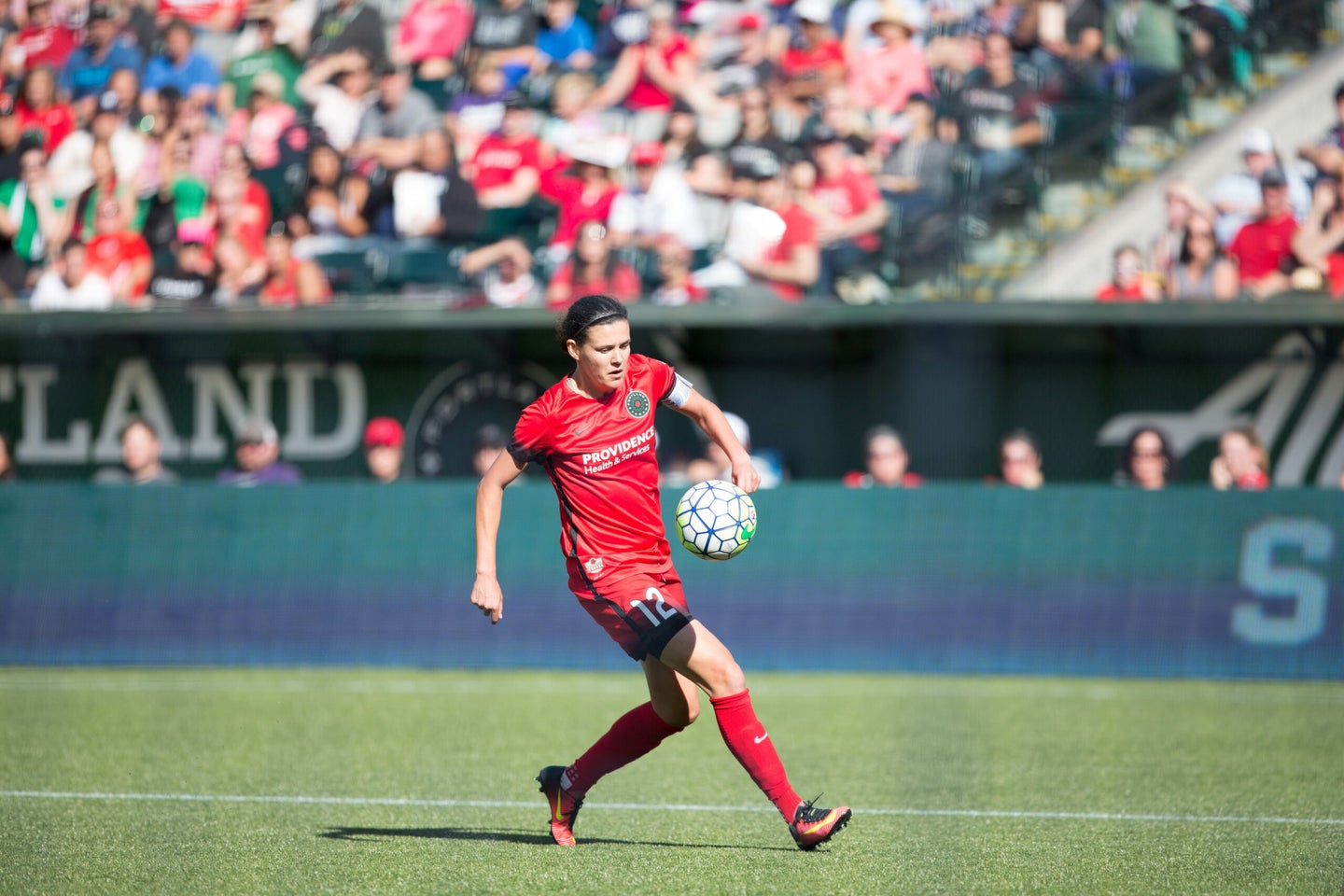 There are plenty of reasons to watch the Women’s World Cup, which kicks off today at 3 p.m. with a game between the hosts, France, and South Korea: To follow the United States as they hunt for their fourth World Cup title (I’m stressed), to see Australia’s Sam Kerr score approximately 100 goals (and do backflips), to watch Bunny Shaw lead Jamaica in their first tournament, and to see Canada’s Christine Sinclair break the international scoring record. Tune into one of Brazil’s games, and you’ll also be able to see Formiga—who’s 41 and going to her seventh World Cup.

If Formiga sees the field, she’ll be the oldest athlete to appear in the tournament, taking the record from the United States’ Christie Pearce, who played in 2015 at 39 years and 11 months old. Other older athletes in France this month include Carli Lloyd (36) and Sinclair (35).

The athletes, though, are outliers: The average age of players in this year’s World Cup is 26 years and six months. That mean is around the sweet spot, late 20s and early 30s, when experts say athletes in sports like soccer—which require a combination of physical endurance, dynamic movements, and experience—tend to peak.

Female athletes have certain advantages when it comes to endurance in sport, says Stacy Sims, an exercise physiologist and senior research fellow at the University of Waikato in New Zealand. Women tend to have more metabolically efficient muscles, and process more fatty acids in their muscles than men. They also have more mitochondria in their muscles, so they can produce more energy. “Men train to become more metabolically efficient. Women naturally do that,” she says. Through dedicated training, they can build the neuromuscular adaptations that maximize that ability—Sims says it takes around 15 years. If athletes enter a professional environment in their preteen years, that means they’ll likely peak in their late 20s.

Social factors also contribute to that timing, Sims says. “Women are marginalized in sport, so talent identification in kids happens later,” she says. “They have to fight so much to be identified, and tend to get into professional sports later.” Boys, on the other hand, may start that professional training younger, and therefore build to their physical peak earlier.

Experience is the last factor that contributes to the age when athletes tend to reach their peak, says Rachel Frank, sports medicine specialist and orthopedic surgeon at the University of Colorado. “The cognitive aspect is crucial.” In their late 20s and early 30s, athletes combine a deep familiarity with the game with near-top physical ability, says Christopher Minson, professor in the department of human physiology at the University of Oregon. “They tend to be in the right place at the right time,” he says. “They have the experience to know when to use their effort. The management of energy resources is fantastic.”

Training for the long run

In the past few decades, more and more athletes have been able to excel past the average peak at the elite level in their chosen sport, Minson says, competing into their late 30s and early 40s. “I think a large part of that has to do with the way we train, we are much better than we used to be at managing training loads for athletes, being a bit smarter, and training smarter not training more,” he says. But as athletes creep up in age, fewer and fewer can continue to perform. “You don’t see whole teams of late 30s and early 40s,” Minson says. “They’re often not as quick, and recovery is more difficult, which makes it harder to continue.”

Players who can sustain long careers might be, like most elite athletes, outliers in terms of skill and physiology. But they also put in the work. “They build up their fitness over years, and decades, to the point where each season they know what to expect, and how to prepare their bodies. They really do employ that work smarter, not harder, philosophy,” Frank says.

Although these older athletes may have lost a step in speed, and might see their physiological attributes begin to wane, they can make up for that with experience. “It’s not just on the field: They know what works for their bodies in training and recovery,” Sims says. “It’s more instinctive, it’s really interesting to watch because they can pretty much play out the game. They know the game so well.”

Athletes who have long careers are also usually the athletes who have been able to avoid major injuries, Minson says. “They didn’t have the worst of the damage that, over time, can break them down and make it hard to continue.”

For female athletes, there are different factors to consider when it comes to injury prevention: Women are more prone to anterior cruciate ligament (ACL) tears, which take a year to recover from, for example. The female athlete triad (so named for its inclusion of three conditions: lack of a regular period, weak bones, and disordered eating, which often present together) and hormone imbalance is another consideration, Frank says. If female athletes aren’t taking in enough calories to make up for the deficit created by intense training, levels of estrogen drop and they can develop bone density problems. “If that happens, they’re at an increased risk of injury, and a risk of not performing at their peak,” she says.

Doctors and sports scientists don’t have a good understanding, though, of why some athletes are more prone to injuries and others aren’t. “Those athletes who can stay injury free and stay at their peak performance last the longest,” Frank says. “Why are they able to do that? Is it something physiological, is it their hormone balance, is it sheer luck? It’s probably a combination of those factors.”

It’s a particularly hard question to answer in women’s sports, because the vast majority of research in performance, physiology, and athletics has been done in men. Although researchers might want to help athletes lengthen their careers, there isn’t as much information available to support them. “We don’t have enough research on women, and how as women age they’re different than men, or why they may continue longer or when they peak,” Minson says. “There’s a real dearth of information on women in sports in general.”

Attention is growing, though, Sims says. “It grows every year. People want to know,” she says. “There’s so much more to learn.”