17 items to elevate your binge watching

Gear to help make every episode feel like a season finale. 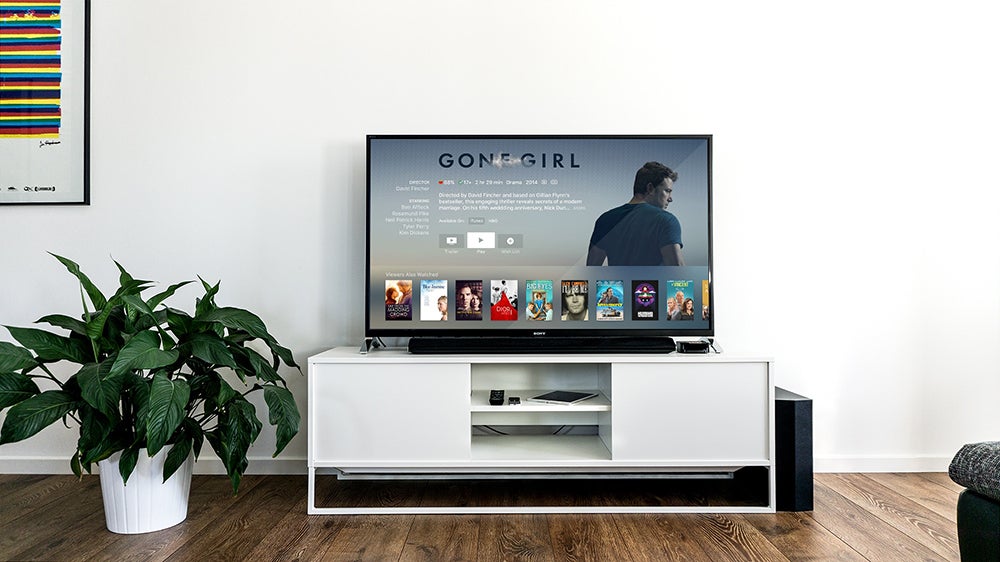 Binge watching television shows on services like Netflix, Hulu, and Amazon is a great way to spend a rainy Saturday. The feeling of watching a cliffhanger season finale only to have it roll right into the next season’s premiere is one of the true wonders of the modern world, but it can be even better. We put together a list of game changers to make your binge-watching experience that much better.

Deciding what to watch is one of the biggest challenges of binge watching. Maybe you just finished watching the entire Stargate series and want to explore a new genre. Chris Roberts’ book Ultimate Binge-Watching Guide gives you spoiler-free introductions and recommendations based on your current faves.

If you are more of a film buff, Leonard Maltin’s movie guides are incredible.

Andrew Rea—whose YouTube cooking channel, Binging with Babish, has nearly 4 million subscribers—wrote a book of movie-themed recipes for dishes to pair with your night watching 1990s rom-coms. For example, Eat What You Watch: A Cookbook for Movie Lovers walks you through making an hors d’oeuvres sandwich inspired by Rodney Dangerfield’s performance in Back to School and a New York Style Pastrami eaten in When Harry Met Sally.

This CouchCoaster—made with of a BPA-free silicone—fits on couch arms wider than 5.5 inches. It holds onto your mugs, tumblers, and more.

Even when you’re being a couch potato, hydration is important. With this 30-ounce Yeti tumbler, you’ll only have to refill your container four times throughout your marathon. Place your new Yeti tumbler into the CouchCoaster and you’re good to go.

If you want to cut those trips to the sink in half, pick up a half-gallon insulated Yeti jug. The choice is yours. Drink wisely.

Don’t let a silly thing like lack of table get in the way of your TV consumption. This one-handed meal tray makes every meal a TV dinner. It holds a drink, utensils, napkins, and a 9-inch plate of food. It has a handle on the bottom so the tray can rest on your arm rather than your lap. It’s dishwasher-safe.

Maybe you just need a snack. Personally, I choose Oreos, but popcorn is the classic choice. This set of six reusable plastic popcorn buckets mean you can munch from your own container. No need pry the bowl away from the clutches of a popcorn hog.

Keep your toes warm while watching the tube. These Narwhals can keep your tootsies toasty for up to six hours on one charge. The foot warmers fit most adult feet and each shoe has its own input to plug in the USB cord for charging.

Sometimes an afternoon watching TV is spent on a train or airplane. For these instances, pick up a stand that will angle your device so you don’t have hunch over for hours. A smartphone holder or tablet holder with a rotating head lets you adjust the screen no matter what position you are sitting in.

Anker’s Nebula Mars II is a projector with two 10-watt speakers and autofocus that will readjust the picture from any distance. It provides an HD picture from up to 150 feet away and uses an intuitive Android TV interface that makes it easy to switch between apps and video sources. You can connect your smartphone, USB-connected device, or anything with an HDMI cable to enjoy up to four hours of playtime. The projector can be controlled via remote control or their smartphone app. If you want to hook up extra speakers, you can also do so over Bluetooth.

If you’re soaking in some vitamin D while re-watching Dexter on your iPad or Amazon Fire, grab an anti-glare screen protector so you don’t have to spend the entire time with your arm up shielding the sun.

I watch TV at an absurd volume, so I didn’t expect this Alexa-enabled speaker to be able to hear my voice unless I was screaming. To my surprise, the soundbar heard my requests easily. Beyond the ability to adjust the volume at the sound of my voice, this bar features two HDMI inputs and it comes with a wireless subwoofer to enhance the sound quality. The built-in Dolby and DTS surround sound helps create clear, understandable dialogue. The speaker is wall-mountable so you can mount it directly under the TV so there are fewer dangling wires.

There’s a reason you rarely see a big TV in those home makeover shows. For the most part, they’re ugly. Samsung’s Frame 4K HDR Pro provides an alternative. The screen, either 55 or 65 inches, has a built-in SmartHub, and a motion sensor that detects when you’re in the room. You can hang the screen flush against the wall and use its Artwork Mode to conceal its status as your Friends re-watching enabler. If this look doesn’t fit your decor, there are other options, like a wooden or metal frame. You can use the included photos or add your own pictures.

TCL’s 2019 50-inch TV is a 4K Ultra HD television that comes with built-in Roku Smart TV. Control the TV, which is ready to accept your Hulu, Netflix, and HBO logins, with the included remote or use TCL’s mobile app. You can even plug headphones into your smartphone if you don’t want to wake up anyone else in the house.

Have you heard of the mustache game? It’s fun for all ages, though especially for adults who don’t care that much about the show, have a ton of friends over, and copious amounts of alcohol on hand. Place these silicon mustaches on the TV—remember which color is yours—and whenever a character walks in front of your mustache, you drink. It’s simple and hilarious.

If you don’t have a smart TV or you’re looking to upgrade your streaming experience, The Roku Ultra is easy to set up, supports 4K UHD streaming, and up-scales content—it turns 1080p HD footage to 4k Ultra HD quality on your 4k TVs. The remote has a voice search feature and comes with JBL headphones to plug into the remote for solo listening.